Kristen Clarke, executive director of the Lawyers’ Committee for Civil Rights Under Law, was nominated by the president to lead the Justice Department’s Civil Rights Division. Clarke would be instrumental in enforcing the administration’s progressive agenda on issues like voting rights and criminal justice reform.

But Clarke has attracted attention for her questionable actions in the past. One notable incident critics have raised red flags about is when she promoted pseudoscientific theories about black racial superiority as president of the Black Students Association at Harvard. 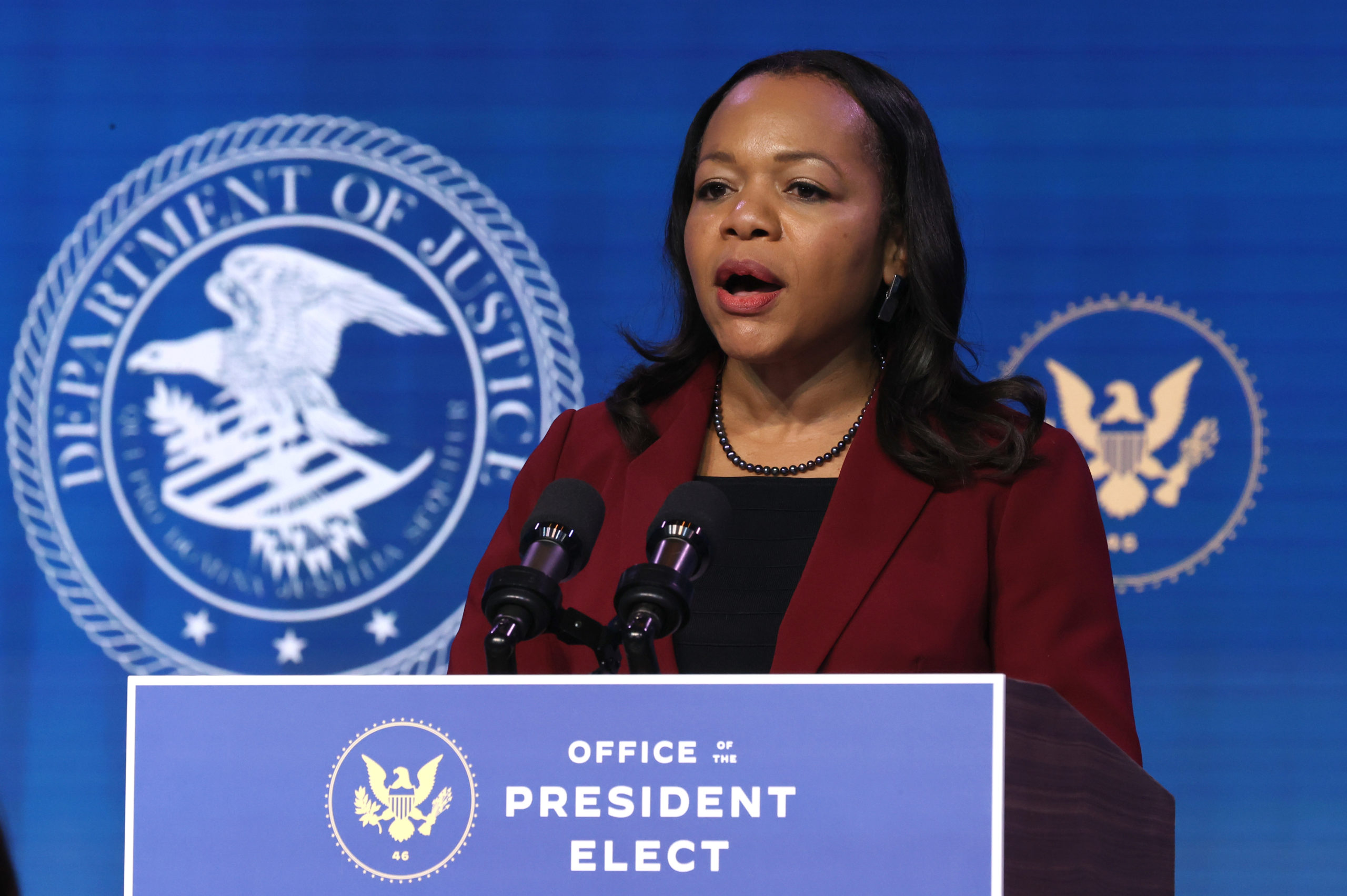 She included pseudoscientific theories about the “genetic differences between Blacks and whites” in a letter to the editors of Harvard’s student newspaper that she co-authored as a student in 1994. The letter was written in response to political scientist Charles Murray’s book “The Bell Curve” and its discussion of possible connections between race and intelligence.

Clarke claimed in the letter that the skin pigment melanin is the “chemical basis for the cultural differences” between racial groups and a higher level of melanin “gives Blacks their superior physical and mental abilities.”

Although the letter was authored more than 20 years ago and may not be reflective of Clarke’s positions today, she has been a vocal defender of “woke” identity politics and even helped sue the Trump administration last year amid the nationwide demonstrations against George Floyd’s death.

Clarke represented the Washington, D.C. chapter of Black Lives Matter and other groups in a lawsuit filed against the Trump administration after former President Donald Trump ordered protesters to be removed from Lafayette Square Park.

Clarke condemned efforts by the previous administration to disperse the violent riots that occurred during demonstrations last year and falsely claimed that Trump supported white supremacists during the Charlottesville rally in 2017. (RELATED: Why The Democrats Need Violent Riots To Be ‘A Myth’)

“It is remarkable that President Trump objects so vehemently to those speaking out against racial and police violence while embracing gun-toting activists who take siege of government buildings and violent white supremacists who marched in Charlottesville,” she told Politico.

Lee questioned whether Clarke’s past statements “declaring that one racial group is superior to another” had been considered ahead of her nomination. Garland said he was aware of the controversial remarks but endorsed her nonetheless.

“I have every reason to want her. She is an experienced former line prosecutor of hate crimes and we need somebody like that,” he told the senator.

Clarke is not the only Justice Department nominee that has opponents of “woke” ideology worried. Vanita Gupta, the president’s nominee for associate attorney general, has also faced pushback due to her radical positions on topics ranging from law enforcement to transgender issues.

Gupta previously led the Justice Department’s Civil Rights Division during the Obama administration. She claimed during a 2016 interview with PBS Frontline that there is “no such thing as a perfect police department” and called for a “transformed culture around policing.” (RELATED: We’ve Seen Evidence That The Woke Left Is Living In An Alternate Reality)

Gupta also spoke positively of “local conversations about [police] budgets” taking place in Minneapolis and cities “all over the country” during a June 2020 appearance on CNN.

Minneapolis was the epicenter of last year’s violent riots following George Floyd’s death and its city council voted unanimously to dismantle the local police department. A survey of Minneapolis residents in February found that 90% of downtown residents feel less safe and 60% have considered leaving.

The riots last year also coincided with the largest increase in violent crime recorded in almost 30 years. A number of major cities across the country saw a notable spike in gun violence, homicides and other violent crimes. Gupta’s previous criticism of tougher violent crime laws has worried critics amid the violent crime surge and growing anti-police rhetoric from the “woke” left. 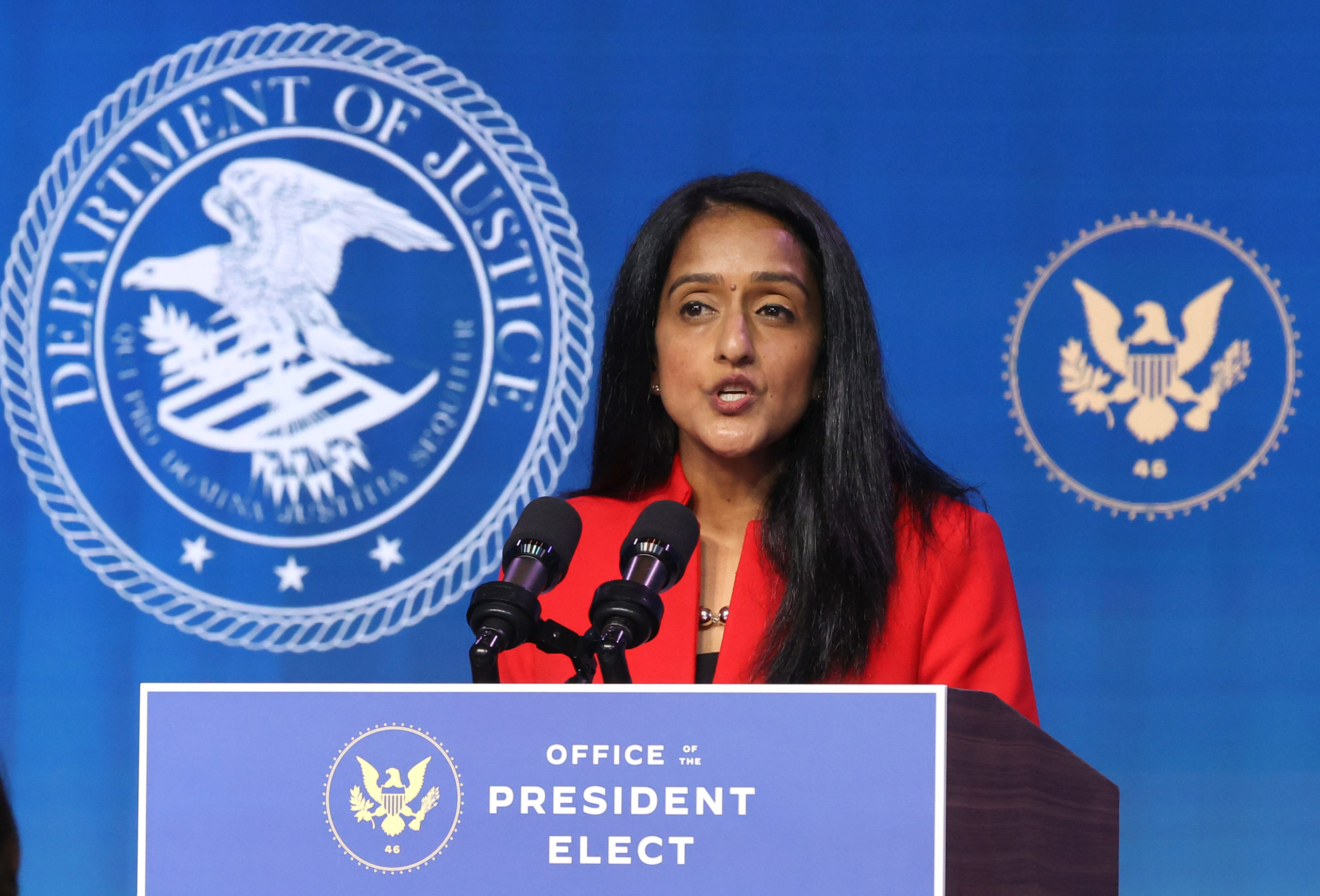 Then an ACLU deputy legal director, Gupta in 2013 slammed efforts to strengthen laws against violent crime — led by the parents of violent crime victims — as “lawmaking by anecdote,” USA Today reported. “States are too broke to afford emotion-criminal justice policymaking,” she asserted.

Gupta also took up radical “woke” positions on transgender issues both inside and outside the Justice Department. The topic recently made headlines after Biden signed an executive order incorporating “gender identity or sexual orientation” into Title VII protections. (RELATED: The Biden Administration Sets Its Sights On Women’s Sports)

Gupta argued that transgender athletes who are biologically male but identify as female must be allowed to compete in women’s sports.

“Full participation in school sports is fundamentally a civil & human rights issue,” she tweeted in June 2020. “Anti-trans discrimination has no place in any of our institutions, including school athletics.”

Anti-trans discrimination has no place in any of our institutions, including school athletics. @NCAA must uphold its own non-discrimination policy and relocate games from Idaho while HB500 is law. https://t.co/J0qBdgLpWM

Democrats have previously endorsed forcing public schools to let biological males compete against biological females, but critics argue such a move would have a devastating impact on women’s sports.

While leading the Justice Department’s Civil Rights Division, Gupta also argued in a 2015 lawsuit that the Eighth Amendment compels the federal government to spend taxpayer dollars on hormone treatments for transgender prison inmates.

Conservative groups including the Judicial Crisis Network and Conservative Action Project, along with a number of Republican state attorneys general, have opposed Gupta’s nomination over concerns about her radical positions, The Wall Street Journal reported.