The number of child migrants crossing the United States’ southern border is quickly exceeding the federal government’s ability to hold them, internal documents from the Department of Health and Human Services show.

In the final week of February, Border Patrol referred an average of 321 children a day to HHS custody, according to Axios, which first reported the documents’ findings. Child migrant crossings averaged 203 per day in late January, and just 47 a day during the first week of 2021.

The documents also said that the U.S. shelter system was at 94% capacity, and is expected to be completely full before April, Axios reported. The government has also held kids and teens crossing the border for 77 hours, CNN first reported, longer than the 72 hours allowed under U.S. law. (RELATED: Biden Unveils Immigration Bill, Includes Pathway To Citizenship) 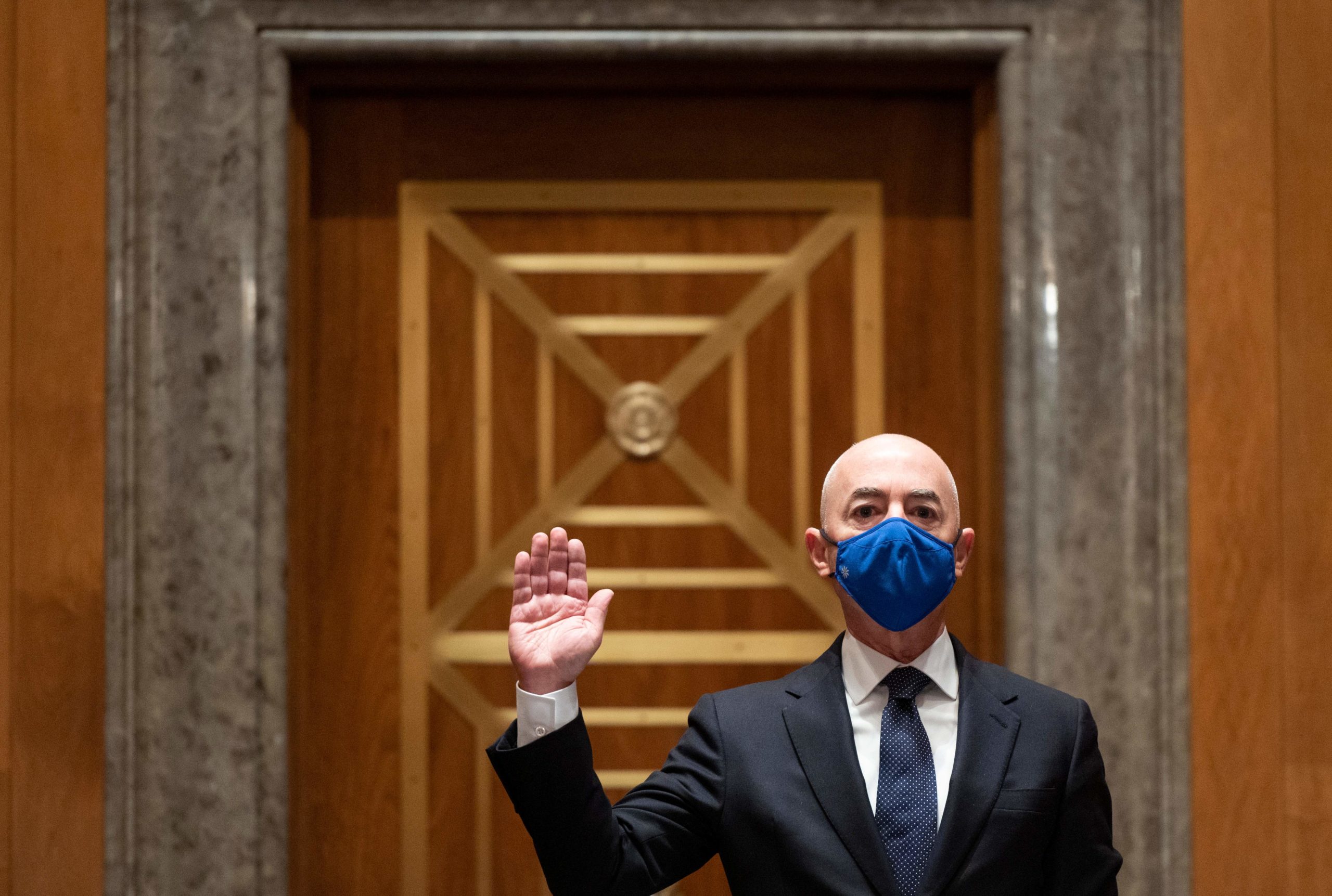 Alejandro Mayorkas is sworn in during his confirmation hearing in the Senate Homeland Security and Governmental Affairs Committee on January 19, 2021 in Washington, DC. He was confirmed as secretary of the Department of Homeland Security as the number of migrants illegally entering the U.S. quickly increases. (BILL CLARK/POOL/AFP via Getty Images)

Homeland Security Secretary Alejandro Mayorkas denied Tuesday that there was a growing crisis at the border, saying that the U.S. was working continuously to process migrants as efficiently as possible.

“We are not saying don’t come, we are saying don’t come now, because we will be able to deliver a safe and orderly process to them as quickly as possible,” Mayorkas said. (RELATED: Psaki Brushes Off Critics Likening Detention Centers To Cages)

When pressed as to whether there was a crisis at the southern border, he again answered “no,” instead calling it a “challenge” that the Biden administration was “managing.”

Border arrests hit their highest level in a decade earlier this year, with over 75,000 apprehensions in January alone.

“It is a stressful challenge, and that is why, quite frankly, we are working as hard as we are,” Mayorkas said. “Not only in addressing the urgency of this challenge but also in building the capacity to manage it, and to meet our humanitarian aspirations and execution of the president’s vision.”

Republicans on the House Oversight Committee called for a hearing into the almost overflowing shelters Thursday in a letter to New York Rep. Carolyn Maloney, the committee’s chairwoman.

“In just one week in February, the Border Patrol stopped more than 2,000 unaccompanied children crossing the southern border. The border facilities holding these migrant children are nearly overflowing,” the letter said. “This Committee must schedule a hearing to conduct oversight of the welfare of migrant children … [and] should also examine the Biden Administration’s plan for reducing the overall numbers of unaccompanied children arriving illegally at the southern border.”