The husband of a Maine woman who was impaled by a tree limb says his wife has seven broken ribs, according to the Associated Press (AP).

David Roy, 78, and his wife Theresa, 79, decided to take a two-lane road on their trip back home to Oakland because strong winds had been pushed around by strong winds on I-95 during a wind storm, according to the AP.

But in an instant a pine tree was blown down by high winds, striking Roy’s vehicle as he drove at 50 mph. Tree limbs went crashing through the windshield as Roy struggled to regain control of the vehicle, according to the report. (RELATED: Tractor Trailer Crash Near US-Mexico Border Kills At Least 13, Authorities Say)

Roy said one of the tree limbs pierced the center dashboard and windshield at an angle, hitting him and then striking his wife’s armpit while another limb broke the windshield and impaled her shoulder, according to the AP. 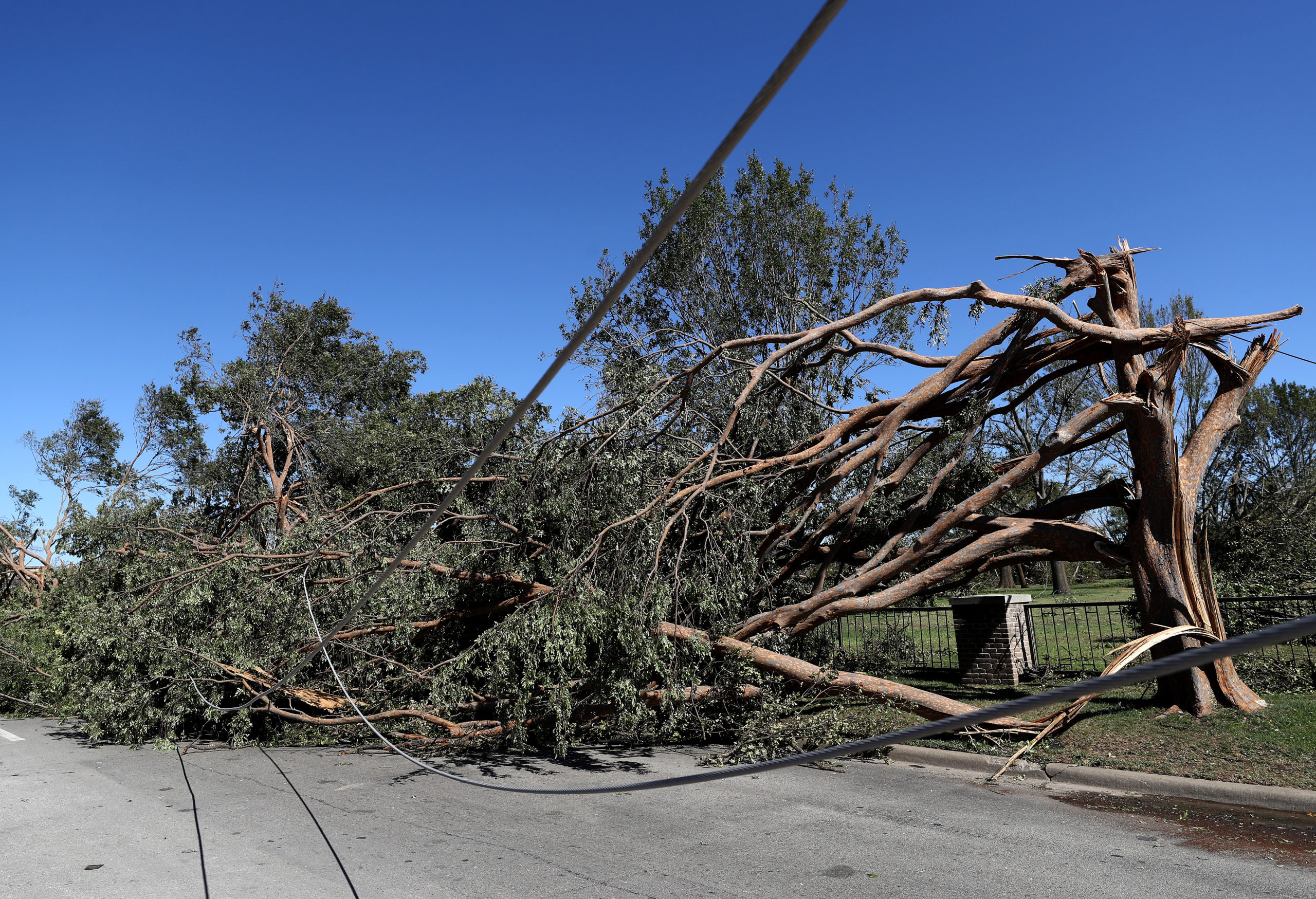 Sidney Fire and Rescue had to resort to the jaws of life to free Theresa from the wreckage and then cut the tree limb with a hand saw so she could be transferred to the hospital, according to the report.

“I feel like we had a guardian angel,” Roy told the AP.

Roy said his wife is improving and that her condition is fair.

“She is one step at a time– doing good, getting better,” he said, according to the report.

Parts of New England were hit with a powerful storm that rendered more than 130,000 homes and businesses without power, according to the AP. Wind gusts reaching up to 71 mph were recorded in western Maine, according to the report.

National Weather Service meteorologist Michael Clair attributed the wind storm to a low pressure system moving into Maine from the Canadian maritimes that converged with a different high pressure system coming in from the west, according to Central Maine.