Democratic New York Gov. Andrew Cuomo, who has worked in politics since his twenties, said Friday that he is not part of “the political club.”

Cuomo took office in January 2011, after serving as former President Bill Clinton’s Department of Housing and Urban Development Secretary, as New York State Attorney General, and as the head of the Transition Committee for former New York Gov. Mario Cuomo, his father. His late father served three terms as governor of New York from 1983 to 1994.

But during a Friday press call, Cuomo parried politicians’ calls for his resignation by distancing himself from politics. (RELATED: Embattled Cuomo Blasts Politicians Who Bow To ‘Cancel Culture’)

“I was not elected by the politicians, I was elected by the people,” Cuomo said, urging Americans to wait for the results of investigations into his conduct. “Part of this is that I am not part of the political club. And you know what? I’m proud of it.”

Cuomo faces two separate investigations: one by the attorney general’s office into allegations of workplace sexual misconduct, and another from the Department of Justice into his role in undercounting nursing home deaths in New York. He said that no one wants the reviews to conclude “more quickly and more thoroughly” than he does. 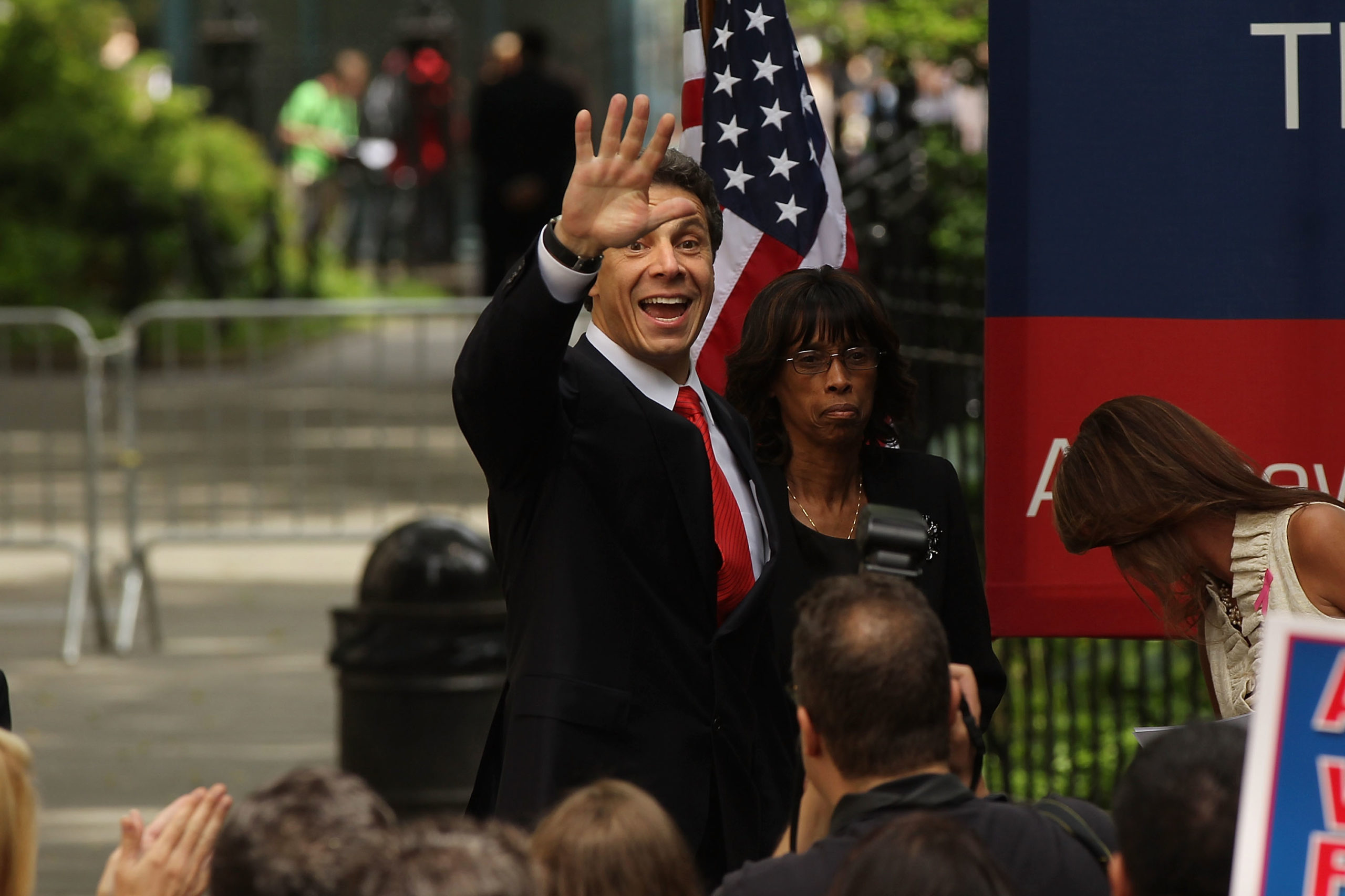 New York Attorney General Andrew Cuomo enters the park where he officially announced this morning that he was running for the Governor of New York outside the Tweed Courthouse on May 22, 2010 in New York City. For eleven years Cuomo’s father, Mario, was the fifty-second Governor of the state. (Spencer Platt/Getty Images)

“Politicians who don’t know a single fact but yet form a conclusion and an opinion are in my opinion reckless and dangerous,” the governor said. “The people of New York should not have confidence in a politician who take a position without knowing any facts or substance. That, my friends, is politics at its worst.”

The majority of the New York Democratic U.S. congressional delegation called for Cuomo’s resignation in coinciding statements Friday morning, including House Judiciary chair Jerry Nadler and Rep. Alexandria Ocasio-Cortez, but Cuomo refused during to entertain the idea of resignation during his Friday press call.

“This is all that I’m going to say on this topic at this time,” Cuomo said. “I made a promise to the people of the state. I have a job to do. I’ve been doing it for 11 years.”