Major Democrats called on Democratic New York Gov. Andrew Cuomo to resign from his position following details of a sixth allegation against the governor.

“After two accounts of sexual assault, four accounts of harassment, the Attorney General’s investigation finding the Governor’s admin hid nursing home data from the legislature & public, we agree with the 55+ members of the New York State legislature that the Governor must resign,” Ocasio-Cortez said in a Friday morning tweet.

In public office, one must earn the trust and respect of those they represent. Governor Cuomo has lost the public’s confidence. He must resign. pic.twitter.com/s83DGNTQ5g

Cuomo faces two separate investigations: one into allegations of workplace sexual misconduct by the attorney general’s office, and another from the Department of Justice into his role in undercounting nursing home deaths in New York.

The sixth Cuomo accuser reportedly said the governor inappropriately touched her when she was at his mansion for work last year, an official close to the matter told the Albany Times Union Tuesday. The publication withheld her name since she could not immediately be reached for comment, but noted that she is a member of the governor’s Executive Chamber staff.

On Wednesday, the Albany Times Union reported that the woman accused Cuomo of groping her when she was at the governor’s mansion. The governor allegedly summoned her to his private residence on the second floor of the mansion, where he allegedly reached under her blouse and began groping her, according to the Times Union.

Albany Police spokesman Steve Smith told the New York Times Thursday that the department had reached out to the sixth alleged victim’s representative but has not received a formal complaint from the accuser, who remains anonymous.

The police department has not opened a criminal investigation but did offer its services to the accuser, Smith said, “as we would do with any other report or incident.”

Cuomo denied the allegations in a Thursday statement to the Daily Caller News Foundation. (RELATED: Cuomo Scrambles For Support From NY Lawmakers: REPORT) 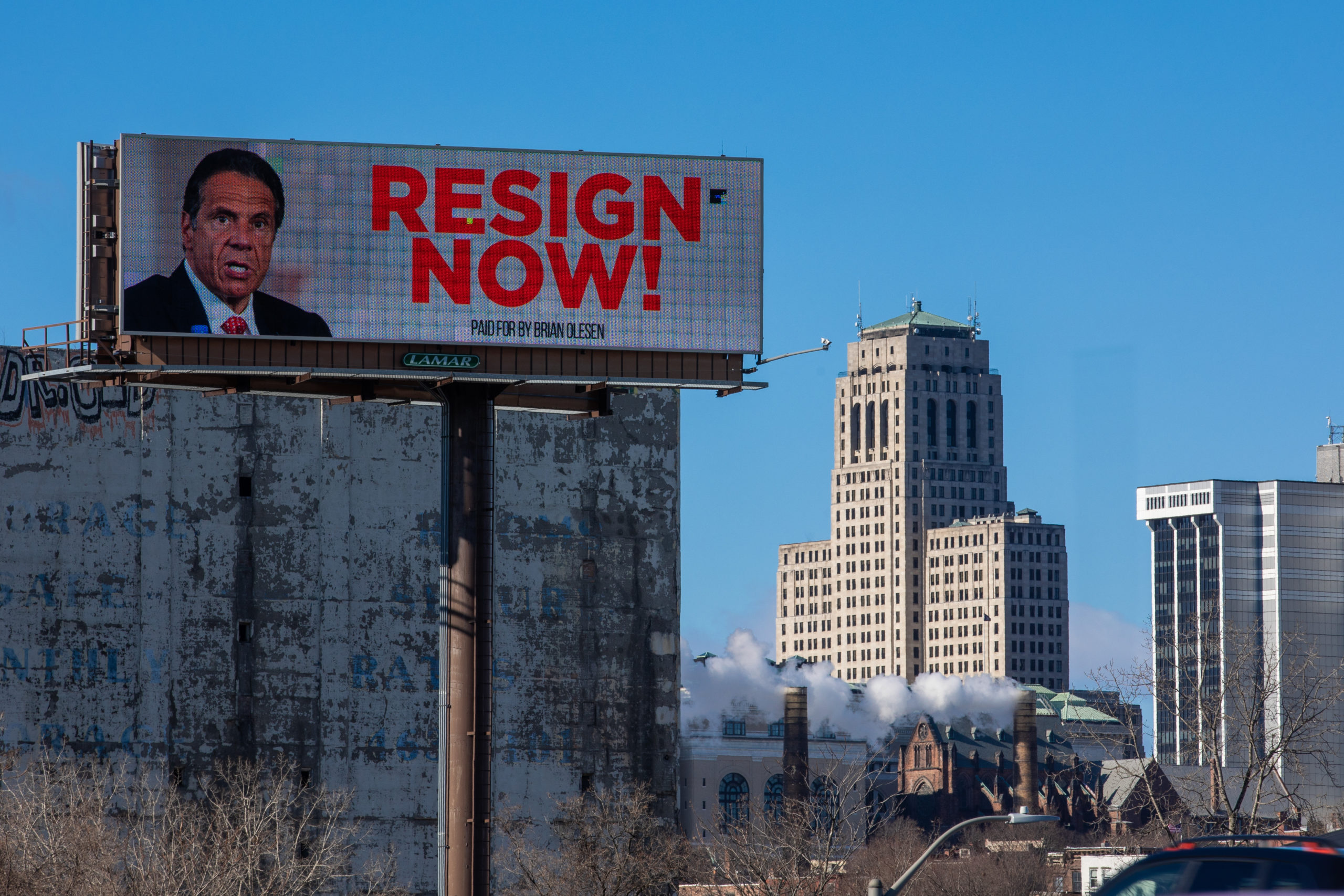 A billboard urging New York Governor Andrew Cuomo to resign is seen near downtown on March 2, 2021 in Albany, New York. The governor is facing calls to resign after three women have come forward accusing him of unwanted advances. (Matthew Cavanaugh/Getty Images)

“As I said previously, I have never done anything like this,” Cuomo said. “The details of this report are gut-wrenching. I am not going to speak to the specifics of this or any other allegation given the ongoing review, but I am confident in the result of the Attorney General’s report.”

Former Cuomo aide Ana Liss came forward with her allegations in a Wall Street Journal interview. Liss accused the governor of touching her lower back, kissing her hand and inquiring about her relationship status.

Former Cuomo aide Karen Hinton told the Washington Post that Cuomo hugged her in an embrace that was “very long, too long, too tight, too intimate” in a dimly lit hotel room on a 2000 trip to Los Angeles. He was the head of the federal Department of Housing and Urban Development at the time.

Anna Ruch, who was not a Cuomo aide or staffer, met Cuomo at a September 2019 New York City wedding reception, she told The New York Times. Ruch said the governor put his hand on her bare back, moved close to her, told her she was “aggressive” when she removed his hand, placed his hands on her cheeks and asked her if he could kiss her. Her friend later told her that he had kissed her cheek, she said.

Former Cuomo aide Charlotte Bennett told The New York Times that Cuomo asked her about her sex life, asked her whether she practiced monogamy, whether she was interested in older men, and discussed her past sexual assault with her in an uncomfortable manner.

Former Cuomo staffer Lindsey Boylan accused the governor of kissing her without her consent during a one-on-one briefing, making her uncomfortable and making a number of sexually charged comments to her.