A group of 21 Republican state attorneys general filed a federal lawsuit Wednesday against President Joe Biden’s administration over its decision to nix the Keystone XL Pipeline.

The states, led by Montana and Texas, accused President Joe Biden of overstepping his constitutional authority when he revoked the Keystone XL Pipeline’s federal permit on Jan. 20 hours after entering office, in the lawsuit filed Wednesday afternoon in the U.S. District Court for the Southern District of Texas.

“The power to regulate foreign and interstate commerce belongs to Congress – not the President,” Montana Attorney General Knudsen said in a statement Wednesday. “This is another example of Joe Biden overstepping his constitutional role to the detriment of Montanans.”

“There is not even a perceived environmental benefit to his actions – his attempt to cancel the Keystone XL Pipeline is an empty virtue signal to his wealthy coastal elite donors,” Knudsen said. “It shows Biden’s contempt for rural communities in Montana and other states along the pipeline’s path that would benefit from and support the project.”

Further, Biden violated the rules previously set by Congress on what actions the executive branch may take regarding the Keystone pipeline, the lawsuit said. 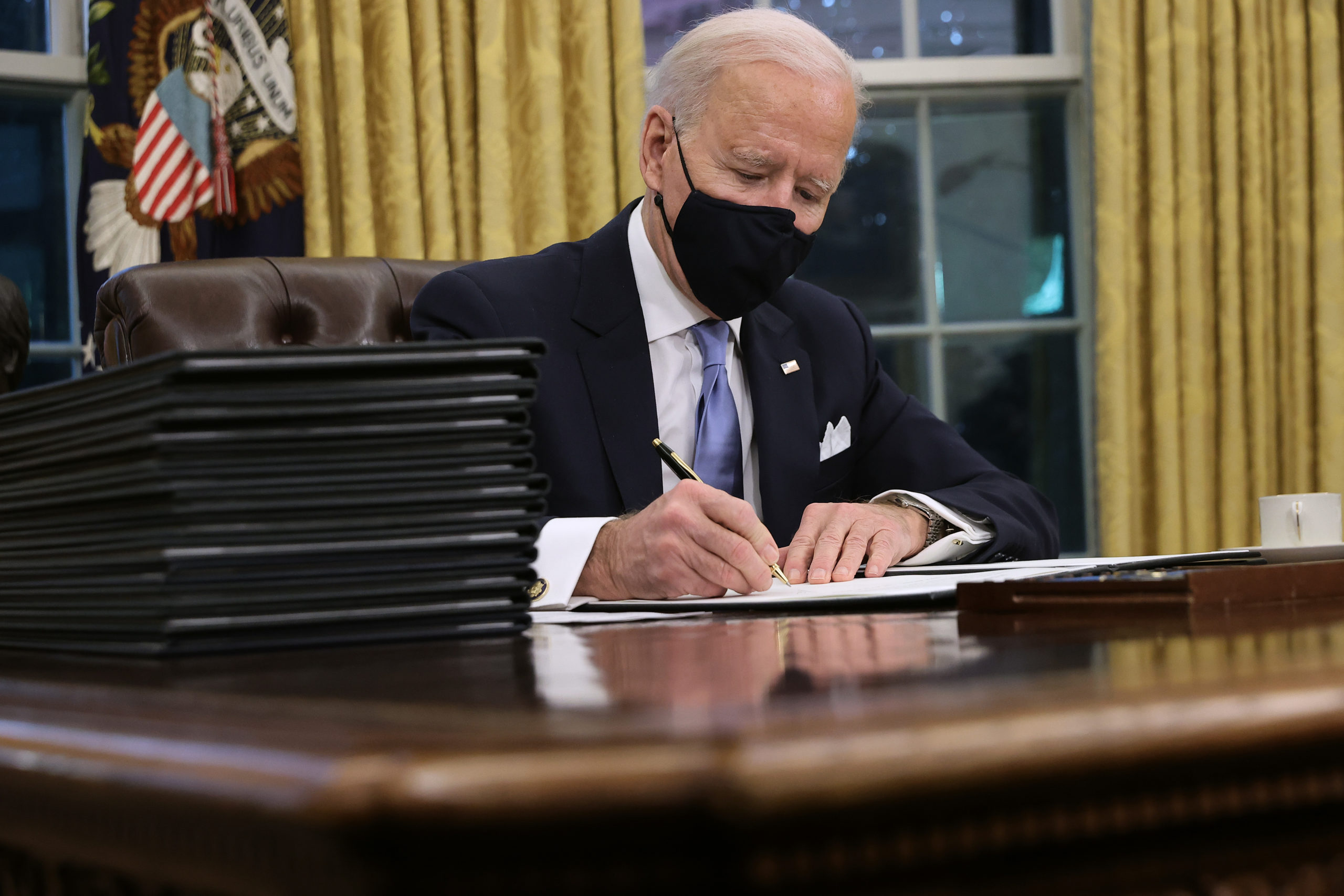 Biden had stated that keeping the pipeline’s permit would not be consistent with his “economic and climate imperatives,” which include solving the world’s climate crisis. The complaint Wednesday argued that he couldn’t alter U.S. domestic policy with the intention of conducting foreign policy.

“The President has certain prerogatives to act on behalf of the United States in foreign affairs,” the lawsuit said. “But as far as domestic law is concerned, the President must work with and abide by the limits set by Congress—whether he likes them or not.”

“This Administration has sought to leverage its power regarding U.S. foreign policy to unilaterally contradict Congress’s stated domestic policy regarding one of the most significant energy projects in a generation: the Keystone XL Pipeline,” the lawsuit said.

Former President Donald Trump’s March 2019 executive order approving the pipeline permit was constitutional because it fell in line with the “repeatedly expressed preferences” of Congress, according to Wednesday’s complaint.

The lawsuit also noted the damages incurred by Biden’s decision to nix the pipeline’s permit. The project was estimated to generate $55.6 million in property taxes across 27 counties in just three states and to create more than 42,000 jobs. (RELATED: Trade Unions That Endorsed Biden Are Mad He Kept His Campaign Promise To Kill Keystone)

The project is an extension of an existing TC Energy pipeline that already transports crude oil from Canada to the U.S., according to The Wall Street Journal. The extension would carry crude directly from Alberta, Canada to Steele City, Nebraska where it would connect to existing pipeline that stretches to the Gulf of Mexico.

The part of the pipeline extension that crosses the U.S.-Canada border is mostly completed, the lawsuit said. 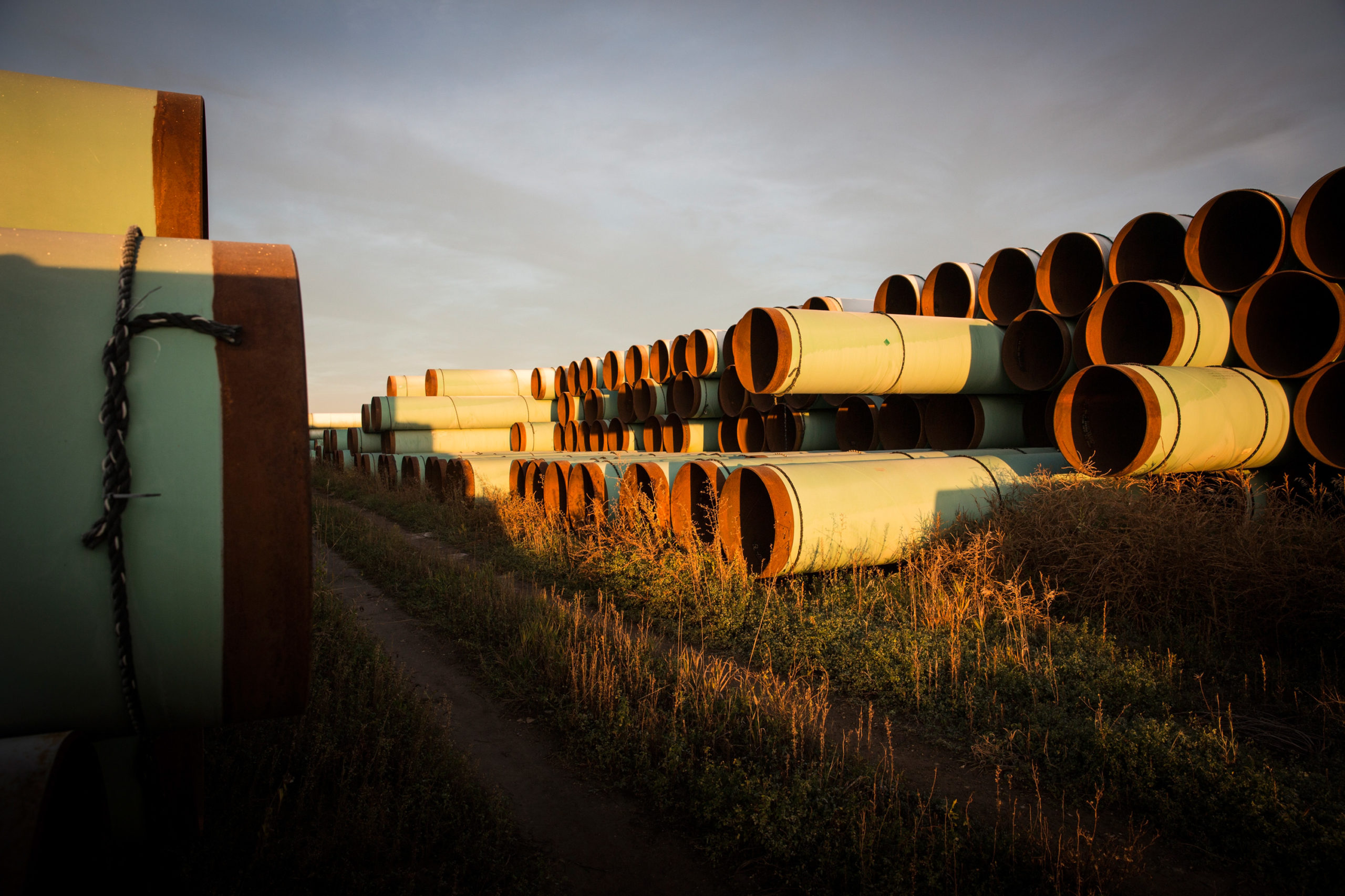 On Feb. 10, 14 attorneys general, including many listed in Wednesday’s lawsuit, sent a letter “with alarm” to the Biden administration, urging the president to reconsider his decision to effectively kill the pipeline. The letter warned that the states had been reviewing all available legal options to protect their residents.

“Your decision will result in devastating damage to many of our states and local communities,” the attorneys general wrote in the letter to Biden. “Even those states outside the path of the Keystone XL pipeline—indeed all Americans—will suffer serious, detrimental consequences.”

Republican Montana Attorney General Austin Knudsen led the coalition, which included the top legal officers from Georgia, Missouri, South Carolina, South Dakota and Texas. Montana’s portion of the proposed pipeline would have been 285 miles long and was expected to generate more than 4,000 jobs.

John Kerry, the White House climate czar, recently said workers who lose their jobs due to the administration’s climate policies can find jobs making solar panels. The letter said the Biden administration’s insistence that laid off pipeline workers would be given green jobs in the future was a “cold promise.” 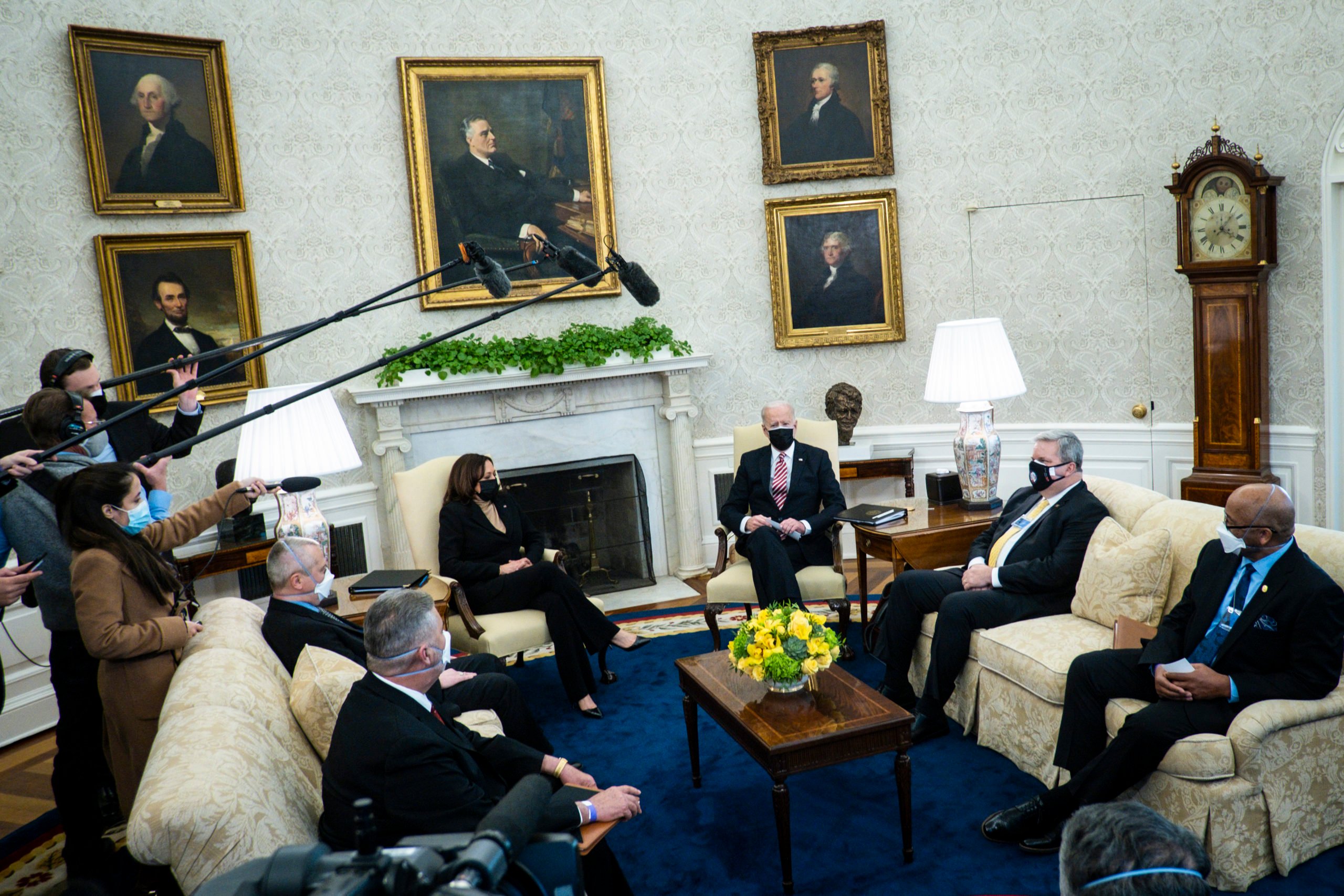 Several prominent trade unions, which endorsed Biden’s 2020 presidential campaign, strongly condemned the executive order. The unions ignored requests for comment from the Daily Caller News Foundation asking why they supported Biden despite his campaign promise to nix the job-creating pipeline.

“Well, I wish he hadn’t done that on the first day,” Richard Trumka, the president of the powerful AFL-CIO, told Axios. “Because the Laborer’s International was right, it did and will cost us jobs in the process.”

The Teamsters, the Laborers International Union of North America (LIUNA), the International Union of Operating Engineers and the United Association of Union Plumbers and Pipefitters signed the Keystone Pipeline’s labor agreement in August. The agreement promised the creation of 42,000 “family-sustaining jobs” in the U.S. and $2 billion in total earnings for the all-union workforce.