A national civil rights organization has called for the April Masters Tournament to be moved out of Georgia and away from the historic Augusta National Golf Club following Republican state Gov. Brian Kemp’s signing of the state’s new voting reform law.

The National Black Justice Coalition (NBJC) released a statement Friday urging professional golfers to refuse to play in Georgia until the new law, SB 202, is no longer in effect. The NBJC also called SB 202 an “unacceptable attack on our democracy” and said it is designed to “return Black and poor and already disenfranchised voters in Georgia to second class citizens.”

“The PGA Tour and Masters Tournament have both made commitments to help diversify golf and address racial inequities in this country – and we expect them to not only speak out against Georgia’s new racist voter suppression law – but to also take action,” the statement read. “To that end, the National Black Justice Coalition is calling on the PGA Tour and Masters Tournament to pull the upcoming championship event from the Augusta National Golf Course. Professional golfers should refuse to play in Georgia until the racist voter suppression law is repealed.”

Among other things, SB 202 shifted control of election management from county boards to state boards, prohibits volunteers from handing out food and water to voters as they wait in line, imposed new limitations on ballot drop boxes, applied voter I.D. laws to mail-in ballots and created a hotline that allows people to anonymously complain about behavior at the polls that they view as suspicious, according to Vox.

The bill has garnered sharp criticism from numerous prominent political leaders including President Joe Biden, who in a statement called it “a blatant attack on the Constitution.” Biden also referred to SB 202 as an “atrocity” when speaking to reporters on Friday outside the White House. (RELATED: ‘Jim Crow 2.0’: Critics Compare Georgia’s Voting Integrity Bill To Racial Segregation)

Former President Donald Trump released a statement of his own Friday in which he praised the new law and said that it was “too bad these changes could not have been done sooner!” 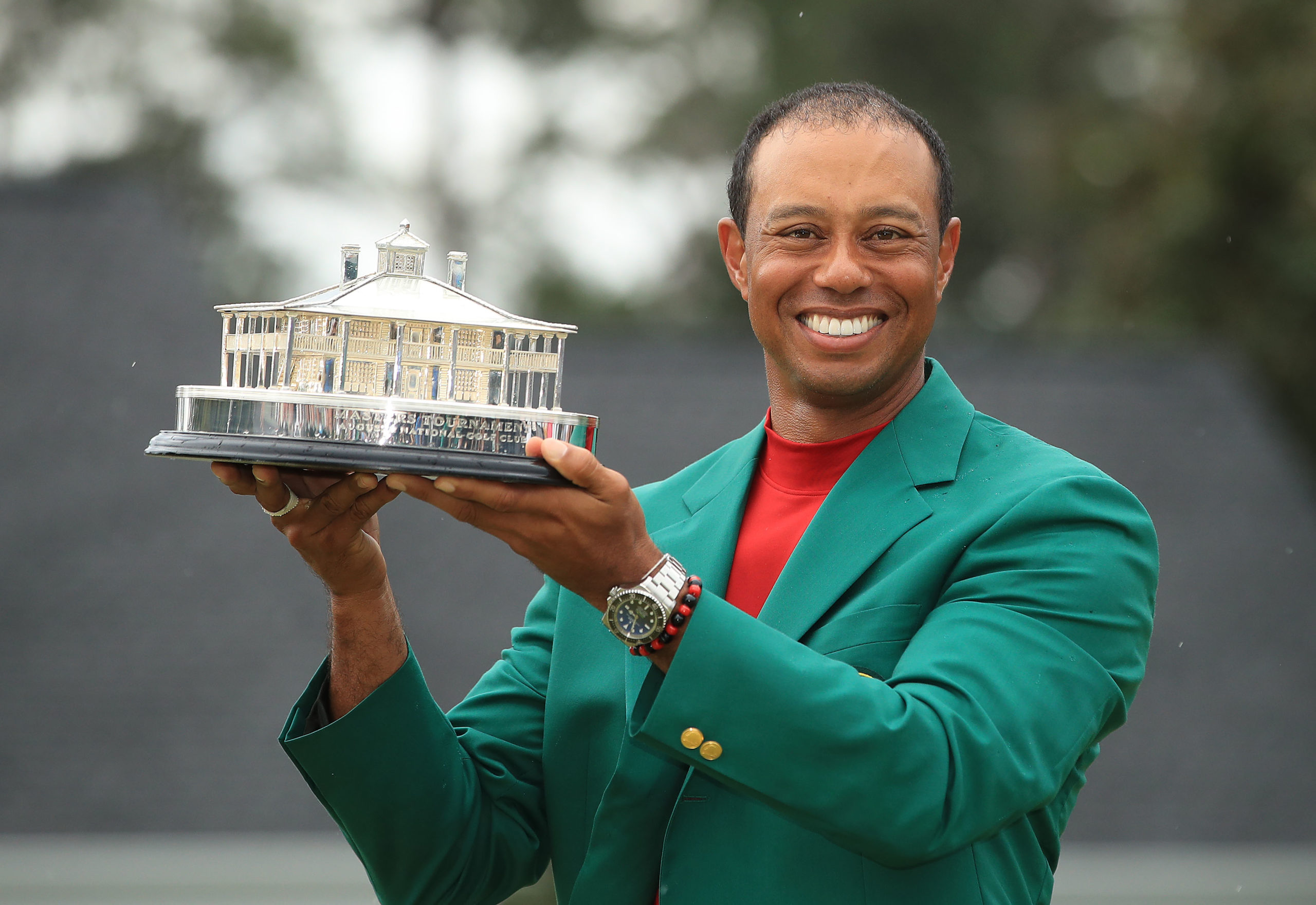 AUGUSTA, GEORGIA – APRIL 14: Tiger Woods of the United States celebrates with the Masters Trophy during the Green Jacket Ceremony after winning the Masters at Augusta National Golf Club on April 14, 2019 in Augusta, Georgia. (Photo by Andrew Redington/Getty Images)

The Masters Tournament is one of a handful of high-profile sporting events scheduled to take place in Georgia in 2021. The MLB All-Star Game is set to be held in Atlanta in July, but MLB Players Association executive director Tony Clark told the Boston Globe Friday that the players association “would look forward to having” a conversation with the league about potential relocation should the opportunity present itself. (RELATED: Atlanta Braves Planning On ‘Full Capacity’ For MLB All-Star Game)

The Masters, which consistently draws the highest viewership of the four major golf tournaments, is scheduled to begin on April 11.