The game was set to be held July 13 at Truist Park, home of the Atlanta Braves. The MLB moved the location due to the new voter laws, however, which require among other things that voters provide a photo ID such as a drivers license when they submit an absentee ballot.

“I absolutely oppose and reject any notion of boycotting Georgia,” Ossoff said. “Georgia welcomes business, investment, jobs, opportunity and events. In fact, economic growth is driving much of the political progress we have seen here. Georgia welcomes the world’s business. Corporations disgusted like we are with the disgraceful Voter Suppression bill should stop any financial support to Georgia’s Republican Party, which is abusing its power to make it harder for Americans to vote.”

The MLB announced Friday afternoon that they will move the All-Star game and draft out of Atlanta due to the state passing the new election law. 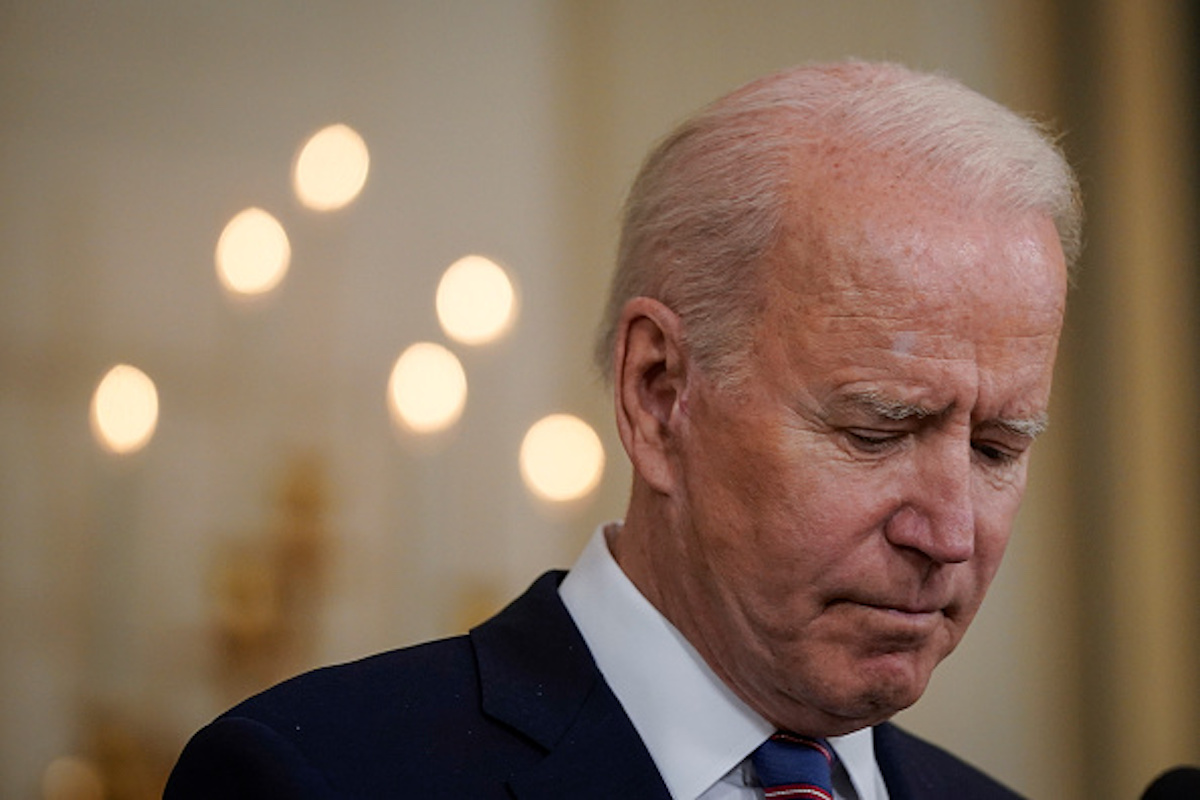 President Joe Biden pauses while speaking about the March jobs report in the State Dining Room of the White House on April 2, 2021 in Washington, DC. According to the U.S. Labor Department, employers added over 900,000 jobs in March, up from 416,000 in February. (Photo by Drew Angerer/Getty Images)

Biden was asked about moving the All-Star game in a Wednesday interview with ESPN, to which he said the MLB should move it out of Georgia. (RELATED: Biden Pressures MLB To Move All-Star Game Out Of Atlanta Over GA Voting Law)

“Look at what’s happened across the board. The very people who are victimized the most are the people who are the leaders in these various sports,” Biden said when asked about moving the game by ESPN’s Sage Steele on Wednesday. “I would strongly support them doing that. People look to them. They’re leaders.” (RELATED: EXCLUSIVE: Rep. Banks Demands Answers From MLB On Possible Protest Move Over GA Voting Law)