Media Research Center (MRC), a non-profit watchdog company, announced Friday that it is launching a weekly newsletter aimed at telling “the truth” about Democrats’ new “For The People Act.”

The bill, known as H.R. 1, passed in the House earlier in March with zero Republican support. The expansive bill aims to add various anti-corruption reforms and includes legislation on social media and voter eligibility.

“The media are deliberately not reporting on this hyper-partisan bill, so we are collecting in one place all the stories from across the movement that tell the truth about this dangerous bill,” MRC wrote in its newsletter announcement.

H.R. 1 previously stalled in the Republican-controlled Senate after passing the House in 2018. The partisan bill is vastly different from recent efforts made by Republican state legislatures regarding election laws following the contentious 2020 election. (RELATED: 125 Democrats And 1 Republican Vote To Lower Voting Age To 16) 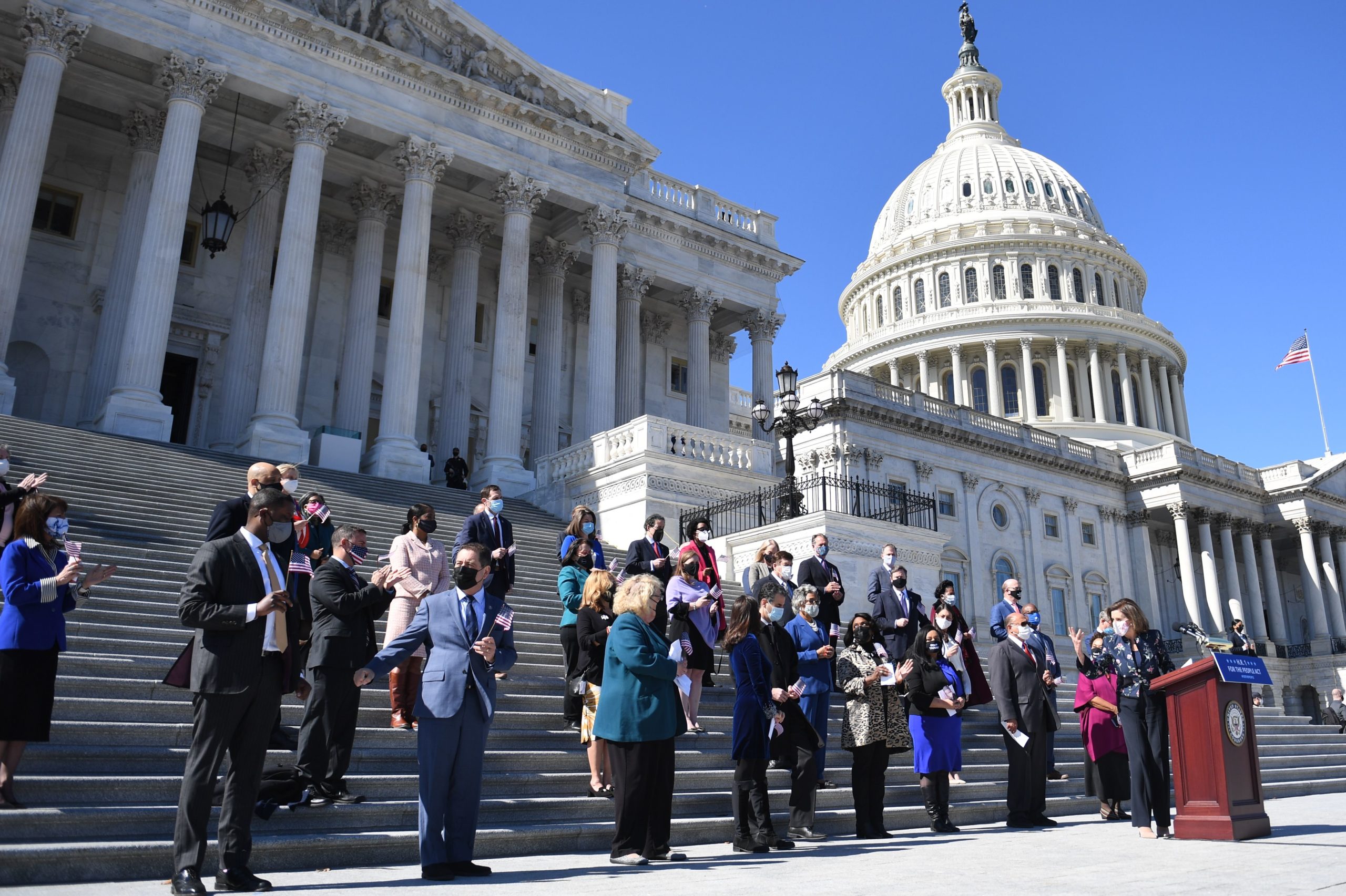 Speaker of the House Nancy Pelosi, Democrat of California, speaks at an event on the steps of the US Capitol for the “For The People Act of 2021” in Washington, DC, on March3, 2021. (ERIC BARADAT/AFP via Getty Images)

In addition to the newsletter, MRC announced the launch of a “Tell the Truth about H.R. 1” site, referring to the bill as the “Corrupt Politicians Act.” The media watchdog is accusing the media of “deliberately withholding the calamitous details” surrounding the bill.

“This bill before Congress would permanently imperil and upend our elections as no other law has ever done in our country’s history,” MRC wrote on its new page dedicated to the bill. “The American people deserve to know the truth.”

MRC’s H.R. 1 page – as well as the newsletter – will feature various articles exposing the truth behind the bill, according to the announcement. (RELATED: ‘Written In Hell By The Devil Himself’: Sen. Mike Lee Says HR1 Bill Will Allow Democrats To ‘Remain In Power For Decades’)

Among the bill’s nearly 800-pages is a requirement for every state to set up an automatic voter registration system for every eligible citizen – “so long as the individual is at least 16 years of age at such time.” This means the state must register 16-year olds even if they are not legally able to vote.

It also legalizes ballot harvesting, gives felons the right to vote and would allow the Justice Department to issue demands on removing social media posted by foreign agents.