The Strategic Competition Act of 2021 would boost the ability for the U.S. to respond to China’s “aggressive and assertive foreign policy,” according to the text of the bill released by Senate Foreign Relations Committee Chairman Bob Menendez on Thursday. The 281-page bipartisan legislation is the first proposal from both Democrats and Republicans that lays out a strategy to defend against Chinese aggression.

“The United States must ensure that all Federal departments and agencies are organized to reflect the fact that strategic competition with the [People’s Republic of China] is the United States top foreign policy priority,” the legislation states.

One clause of the Strategic Competition Act would punish nations that host Chinese military installations. The bill would further bolster U.S. diplomatic efforts with allies and partners, addressing challenges posed by China in Europe, Asia, Africa, the Middle East, the Arctic, and Oceania.

The legislation also addresses humanitarian issues such as China’s alleged abuses of Muslim Uyghurs in Xinjiang, attacks on Hong Kong democracy and aggression against Taiwan. For example, it would impose sanctions related to “forced labor, forced sterilization, and other abuses.” 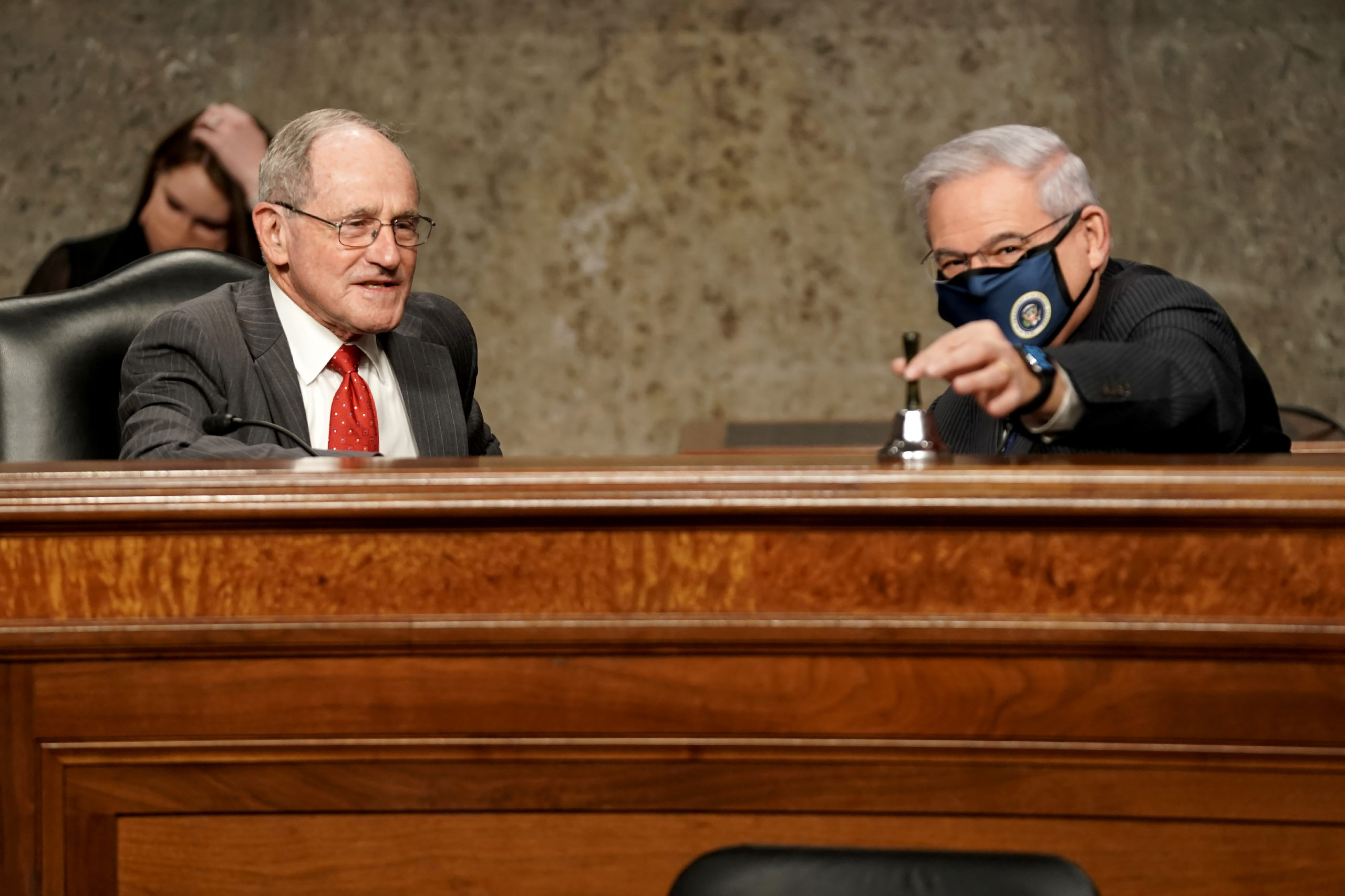 “I am incredibly proud to announce this unprecedented bipartisan effort to mobilize all U.S. strategic, economic, and diplomatic tools for an Indo-Pacific strategy that will allow our nation to truly confront the challenges China poses to our national and economic security,” Menendez said in a statement Thursday.

“The United States government must be clear-eyed and sober about Beijing’s intentions and actions, and calibrate our policy and strategy accordingly,” he said.

Republican Ranking Member James Risch co-sponsored the legislation. The committee is slated to review the bill on April 14, according to a schedule of events.

In March, Risch and eight Republican colleagues introduced their own bill aimed at curbing Chinese global influence. The legislation proposed to “tackle” Chinese aggression against U.S. business through theft and mass government sponsorship of Chinese companies.

“Any legislation that aims to confront this threat must address the full range of challenges posed by the CCP and marshal broad bipartisan support,” Risch said in a statement.

Menendez’s office didn’t immediately respond to a request for comment.