Biden, speaking after his first in-person bilateral meeting since becoming president, said that Japan’s selection “is indicative of the importance the value we both place on this relationship between Japan and the United States.” (RELATED: Biden Budget Requests Increase In Defense Spending, Identifies China As ‘Top Challenge’)

“Today, the prime minister and I affirmed our iron-clad support for US-Japanese alliance and for our shared security,” he continued. “We committed to working together to take on the challenges from China and on issues like the East China Sea, the South China Sea as well as North Korea, to ensure the future of a free and open Indo-Pacific.

“Japan and the United States are two strong democracies in the region, and we’re committed to defending advancing our shared values, including human rights and the rule of law,” Biden stated. “We’re going to work together to prove that democracies can still compete and win in the 21st century. We can deliver for our people and the face of a rapidly changing world, so today we’re announcing a new, competitive and reliance partnership corps between Japan and the United States that will enhance our ability to meet the pressing challenges of our time together.” 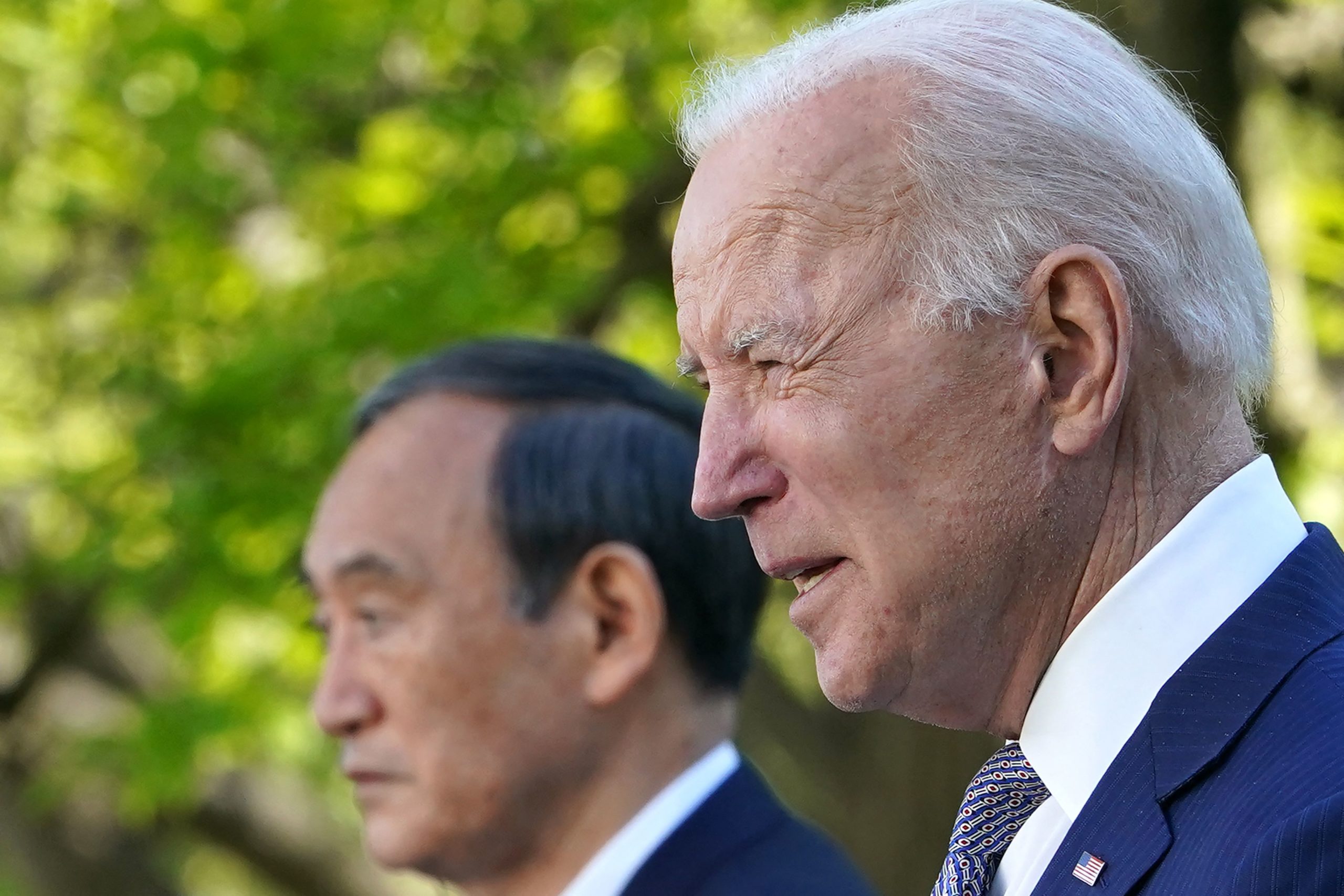 Suga, speaking through an interpreter, agreed “to oppose any attempts to change the status quo by force or coercion in the East and South China Seas and intimidation in the region.”

“At the same time we agreed on the necessity for each of us to engage in frank dialogue with China,” he continued, “and, in so doing, to pursue stability of international relations while upholding universal values.”

You can watch the entire joint press conference below.
WATCH: