Biden said that he and first lady Jill Biden spoke to “Fritz and his family over the weekend, to reflect on the years of friendship” they shared and how much they “learned from and leaned on each other.”

“Through his work as a Senator, he showed me what was possible. He may have been modest and unassuming in manner, but he was unwavering in his pursuit of progress; instrumental in passing laws like the Fair Housing Act to prevent racial discrimination in housing, Title IX to provide more opportunities for women, and laws to protect our environment,” he wrote. “There have been few senators, before or since, who commanded such universal respect.” (RELATED: Mondale, Reagan Shared An All Time Presidential Debate Moment) 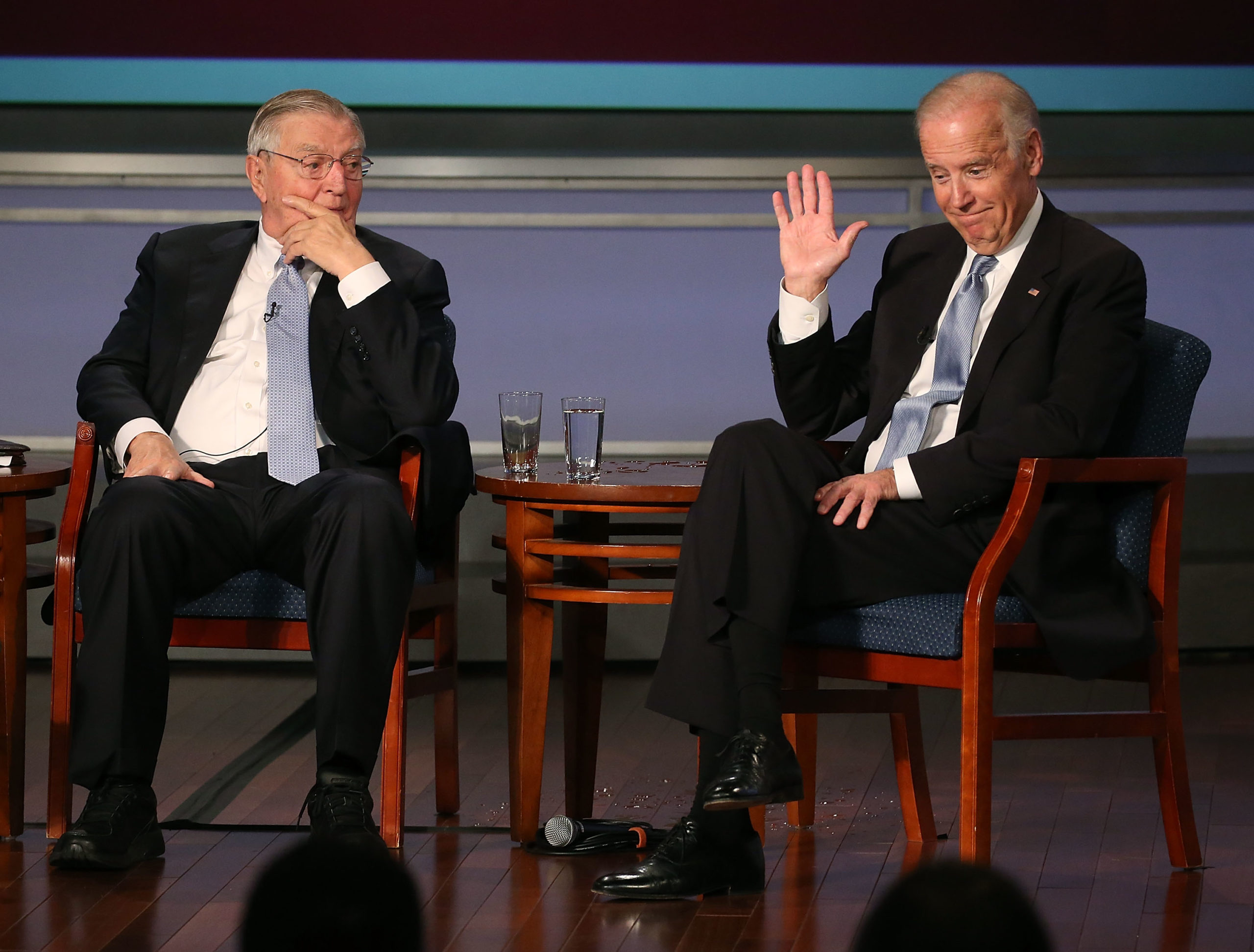 WASHINGTON, DC – OCTOBER 20: US Vice President Joe Biden (R) apeaks about former Vice President Walter Mondale (L) during an event to honor the former VP at George Washington University October 20, 2015 in Washington, DC. Biden remains at the center of rumors regarding a potential campaign for the U.S. presidency. (Photo by Mark Wilson/Getty Images)

“Fritz was my first call and trusted guide. He not only took my call, he wrote me a memo,” Biden said, referencing when former President Barack Obama tapped him to serve as his running mate. “It was Walter Mondale who defined the vice presidency as a full partnership, and helped provide a model for my service.”

Mondale, Biden noted, “was the first presidential nominee of either party to select a woman as his running mate, and I know how pleased he was to be able to see Kamala Harris become Vice President.”

Biden closed by stating that Mondale spread the values outlined in his Democratic vice presidential nomination speech: “To play by the rules; to tell the truth; to obey the law; to care for others; to love our country; to cherish our faith.”

Mondale’s office announced his passing Monday at the age of 93. In addition to serving as former President Jimmy Carter’s vice president, he also challenged then-President Ronald Reagan as the Democratic presidential nominee in the 1984 general election.

He was the first vice president in modern history to have a permanent office in the West Wing of the White House and has been credited by political historians with transforming the traditionally ceremonial role of vice president “into a robust and constructive institution.”