Two consecutive China-critical administrations in the U.S. are having an effect on the global stage, with numerous countries joining President Joe Biden in holding the Chinese Communist Party (CCP) accountable.

Biden has said that the struggle between the U.S. and China will determine whether democracy or autocracy will lead the world into the future. His administration is restructuring the U.S. military for a potential conflict with China, sanctioning Chinese officials, and working with allies to cut off the country economically. Close allies like Canada, Japan and Australia are throwing their weight behind the effort, as well as Italy.

Australia on Thursday canceled two major infrastructure projects in Victoria, the nation’s largest state, that were part of China’s “belt and road initiative” (BRI). China styles the BRI as a foreign aide program and offers to fund infrastructure projects in other nations. Critics, however, argue it is a glorified loan shark program, with China granting massive loans to developing nations that will be unable to pay them back. (RELATED: US And Japan Running Joint Military Exercise In Show Of Force To Nearby China) 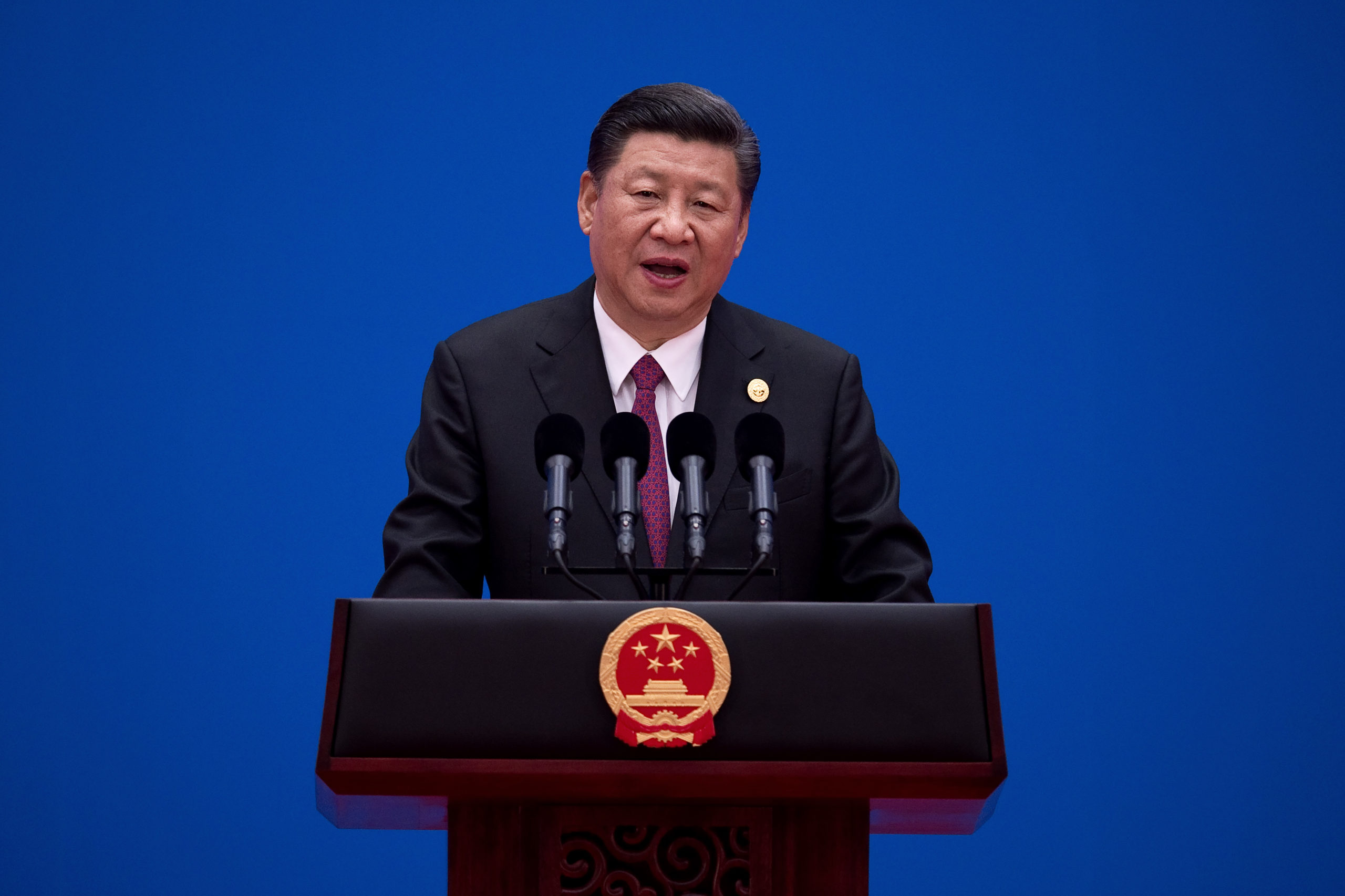 BEIJING, CHINA – MAY 15: Chinese President Xi Jinping attends a news conference at the end of the Belt and Road Forum for International Cooperation on May 15, 2017 in Beijing, China. The Forum, running from May 14 to 15, is expected to lay the groundwork for Beijing-led infrastructure initiatives aimed at connecting China with Europe, Africa and Asia. (Photo by Nicolas Asfouri-Pool/Getty Images)

Australia canceled the projects under a new law allowing the national government to cancel deals that lower tiers of government have made with foreign powers if it deems the deal to be against the national interest.

Australia’s tensions with China have been growing steadily since the outset of the coronavirus, with China blocking shipments of coal to the country after the Australian government called for an investigation into the origins of COVID-19. China has insisted that the disease spread from animals to humans naturally, but the U.S. and other critics say evidence points to it having leaked out of a coronavirus research lab based in Wuhan.

The CCP responded Thursday, claiming the action showed that Australia was operating on a “cold war mentality” with China.

Australia has canceled four bilateral deals with China, Iran and Syria under new laws that give the federal government power to overrule international agreements by lower-level administrations deemed to violate the national interest. https://t.co/B1AJ11Ak3b

“We urge the Australian side to abandon its cold war mentality” and “not to go further down the wrong path so as to avoid making China-Australia relations, which are already facing serious difficulties, even worse,” a Chinese spokesman said, according to the Associated Press.

“China reserves the right to make a further reaction,” the spokesman added.

Japan also has joined the U.S. in hiking up competition and criticism of China. Japanese Prime Minister Yoshihide Suga visited the White House last week as Biden’s first in-person meeting with a world leader since gaining office. Suga and Biden agreed to a new partnership to ensure safety in the South China Sea, South Korea and Taiwan, all of which China threatens.

“Today, the prime minister and I affirmed our iron-clad support for U.S.-Japanese alliance and for our shared security,” Biden said at the time. “We committed to working together to take on the challenges from China and on issues like the East China Sea, the South China Sea as well as North Korea, to ensure the future of a free and open Indo-Pacific.”

US President Joe Biden and Japan’s Prime Minister Yoshihide Suga walk through the Colonnade to take part in a joint press conference in the Rose Garden of the White House in Washington, DC on April 16, 2021. (Photo by MANDEL NGAN/AFP via Getty Images)

“Japan and the United States are two strong democracies in the region, and we’re committed to defending advancing our shared values, including human rights and the rule of law,” Biden continued. “We’re going to work together to prove that democracies can still compete and win in the 21st century. We can deliver for our people and the face of a rapidly changing world, so today we’re announcing a new, competitive and reliance partnership corps between Japan and the United States that will enhance our ability to meet the pressing challenges of our time together.”

Even Italy has taken steps to curb China’s attempts to overtake the U.S. in the tech industry, blocking a Chinese takeover of an Italy-based semiconductor company in early April.

The U.S. is continuing to push its allies to be more critical of China, as well as enlisting new allies who already have a bone to pick with the CCP. The Biden administration announced a revamped Quad partnership with Japan, India and Australia in March that is aimed at coordinating economic policy to counter China.

National security adviser Jake Sullivan insisted the partnership is not a military alliance and “is not the new NATO,” but went on to say that military cooperation is a piece of the agreement.

The strategy lines up with that voiced by Secretary of State Tony Blinken during a hearing before Congress in March, arguing that the key to U.S. victory over China is partnership with nations in and around Asia.

“The more China hears not just our opprobrium, but a chorus of opprobrium from around the world, the better the chance that we’ll get some changes,” Blinken testified at the time. “It would be very important if China claims that there is nothing going on that it give access to the international community, to the United Nations. If they have nothing to hide, show it to us. Show the world.”