The White House unveiled a new labor union task force chaired by Vice President Kamala Harris, which will encourage and promote union membership in the U.S.

The White House Task Force on Worker Organizing and Empowerment will be comprised of several top administration officials including Treasury Secretary Janet Yellen, Defense Secretary Lloyd Austin and Labor Secretary Marty Walsh, who will be the committee’s vice-chair, the administration announced on Monday afternoon. President Joe Biden will sign an executive order formally creating the task force later in the day.

“The President and Vice President believe that the decline of union membership is contributing to serious societal and economic problems in our country,” the White House said in a statement Monday. “Widespread and deep economic inequality, stagnant real wages, and the shrinking of America’s middle class are all associated with the declining percentage of workers represented by unions.” 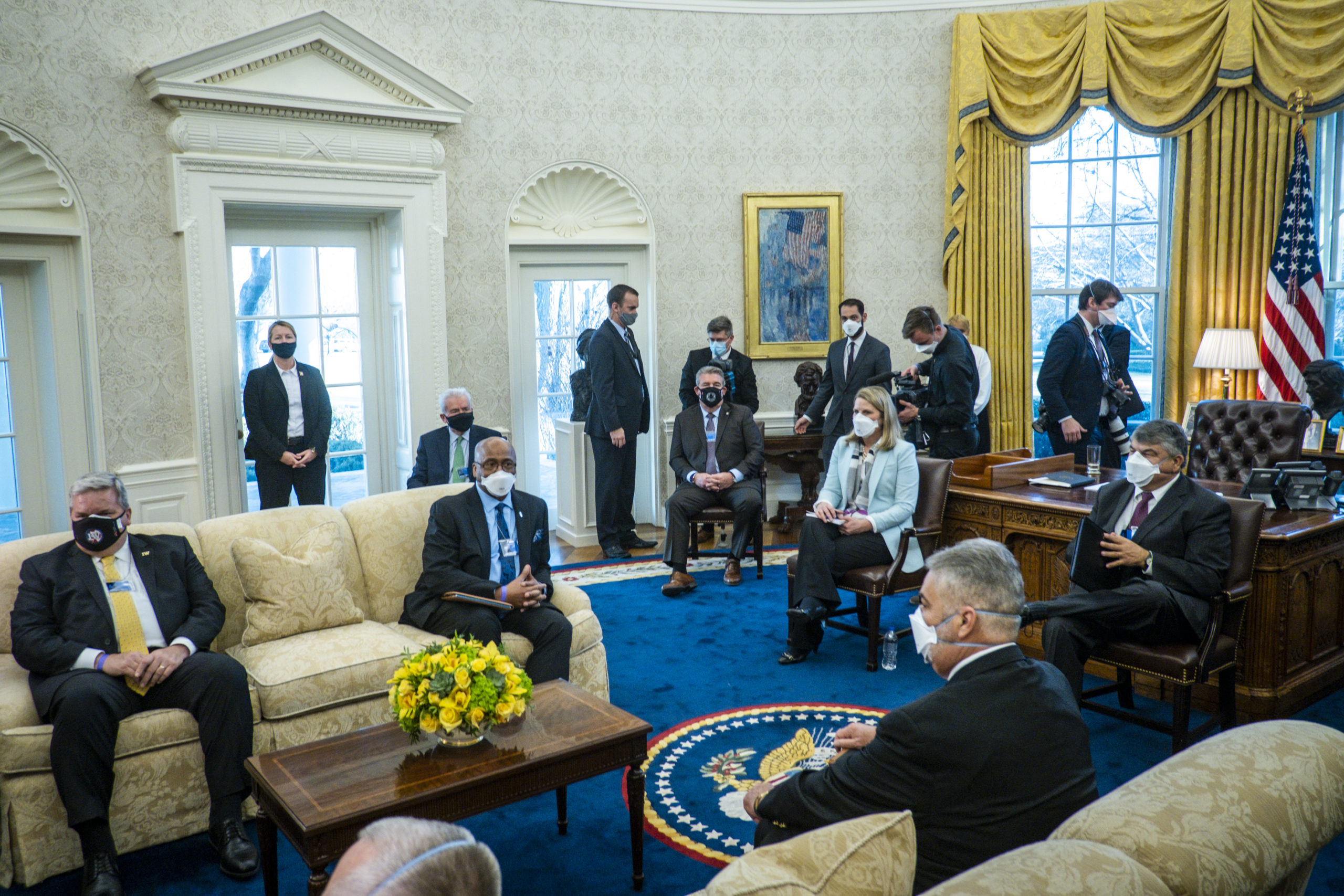 The administration added that decreasing numbers of union workers in the U.S. has “weakened our democracy.” Roughly 11% of American workers were members of a labor union as of January compared to 20% in 1983, according to the Department of Labor.

The task force’s main objectives are to increase union membership, address systemic barriers preventing more labor organizing, facilitate the formation of more unions and improve the federal government’s treatment of workers. The president’s executive order will ask the task force to make a set of recommendations within 6 months for implementing current policies and creating new policies that will help achieve the objectives.

“The Task Force will be a historic effort to put the federal government’s policy of encouraging worker organizing and collective bargaining into action,” the White House said. (RELATED: It’s Been 15 Days Since Biden Put Kamala Harris In Charge Of The Border. She Has Yet To Make A Visit)

Biden has notably endorsed the union-friendly Protecting the Right to Organize Act, which would upend existing labor law and make it easier for workers to form unions. The president’s infrastructure package announced earlier this month also includes a variety of pro-union policies.