President Joe Biden tacked on measures to his infrastructure plan that make it easier for workers to organize and more difficult for them to avoid unionization.

The $2 trillion infrastructure plan, which Biden laid out in a speech Wednesday evening, ensures that workers are able to bargain collectively with their employers, according to a White House press release. The plan introduces new “labor protections” that enable workers to more easily organize.

“[The plan will] create good-quality jobs that pay prevailing wages in safe and healthy workplaces while ensuring workers have a free and fair choice to organize, join a union, and bargain collectively with their employers,” the White House said in the release.

Biden also urged Congress to pass the Protecting the Right to Organize (PRO) Act as part of the infrastructure plan. The PRO Act is a compilation of various policy changes that labor unions support, which would make it easier for unions to organize private-sector employees and minimize employees’ choice in unionization. (RELATED: Here Are The Pro-Union Labor Laws Joe Biden Has Promised To Pass As President)

The bill would remove workers’ ability to vote against unionization via secret ballot elections, threatens the ability for a workforce to kick a union out, redefines legal definition of independent contractors and forces non-union workers to pay union dues.

The House passed the legislation largely along party lines in March, which is expected to face roadblocks in the Senate. Republicans criticized the bill as a wish list for union leaders. 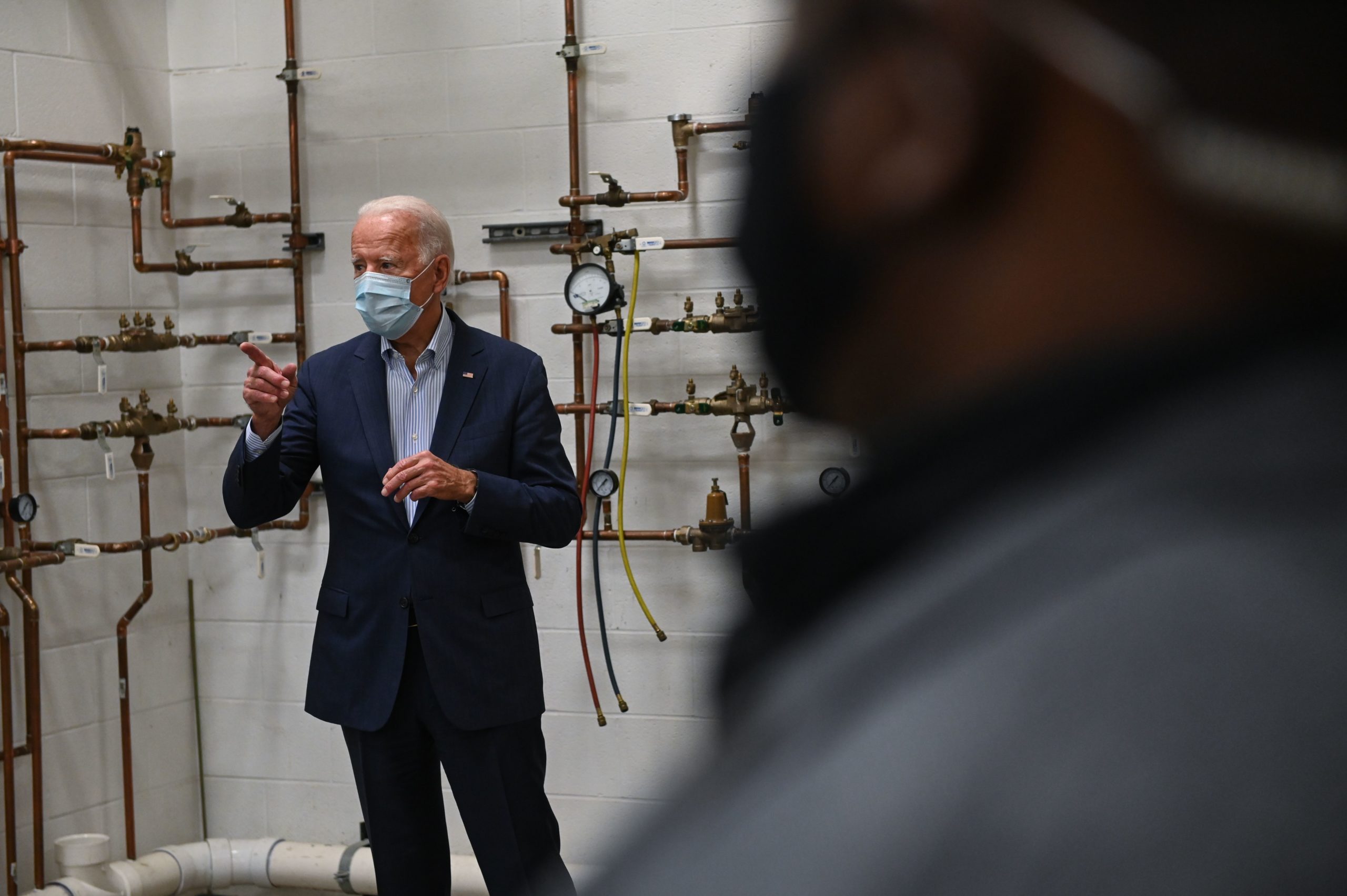 “Biden’s pledge to unify the country takes another hit by adding a radical and overreaching poison pill like the PRO Act to his infrastructure plan that would deteriorate the relationship between employers and employees,” Coalition for a Democratic Workplace (CDW) Chair Kristen Swearingen said in a statement.

“The PRO Act would be devastating to small businesses and employees in the infrastructure industry, especially small, women- and minority-owned contractors who would have otherwise benefited from investment in our nation’s infrastructure,” Swearingen said.

The CDW represents hundreds of thousands of employers nationwide and hundreds of trade groups like the Associated Builders and Contractors and the National Restaurant Association.

But Labor Secretary Marty Walsh called the plan historic and said he would work to ensure workers from across the country received access to the opportunities provided in the proposal.

“President Biden’s American Jobs Plan is a historic investment in the working people of America,” Walsh said in a statement Thursday. “It will create millions of good paying, family sustaining jobs that rebuild the middle class by empowering our workers to build America’s future.”

“As Labor Secretary, I stand ready to make sure these opportunities reach workers from all walks of life and in every corner of our country,” Walsh said.