They took their roles so seriously, they even somewhat dressed like Dumb and Dumber from the 1994 hit classic. 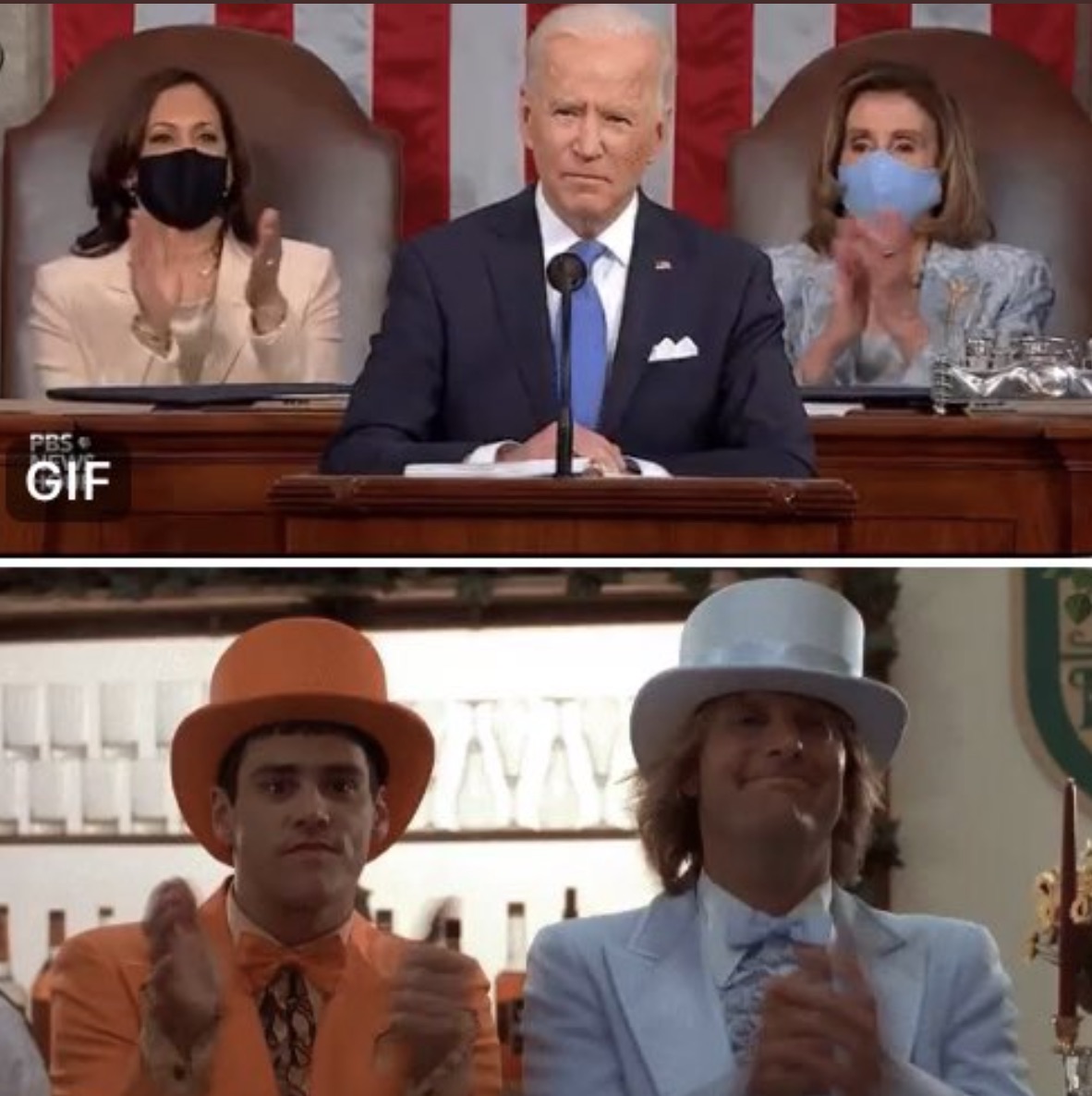 I’m not sure who styled Harris and Pelosi, but they definitely didn’t have this image in mind. However, everyone across America can clearly tell who they resembled up on that stage. (RELATED: ‘On The Move Again’ — Biden Focuses Joint Session Address On Jobs And Families)

Maybe next time their stylists should swap ideas beforehand. Harris and First Lady Jill Biden seemingly matched at the inauguration in their jewel tones, but this pastel color combination just didn’t work out the way they were hoping.

It wouldn’t have been too terrible considering barely anybody was in attendance at this speech, but it did air on national TV.

Other key takeaways from the speech included Republican Sen. Ted Cruz kind of falling asleep during the address and Second Gentlemen Doug Emhoff’s greeting to Harris being caught on camera.

DOUG SAYING HI TO KAMALA DURING BEFORE THE #PresidentialAddress STARTS IS THE WHOLE CONTENT I WANT #JointAddress pic.twitter.com/rQ1ZmTxc3k

What a fun evening for everyone involved.