President Joe Biden’s plan to provide taxpayer funded preschool locks parents into a system that benefits elites but does not factor in the needs or wants of every parent, opponents of the proposal told the Daily Caller News Foundation.

Biden announced his new plan April 29 to provide tax-payer funded universal pre-school to all 3-year-old and 4-year-old children, a move that the White House said would benefit 5 million children.

“The President’s plan will invest in tuition-free community college and teacher scholarships to support those who wish to earn a bachelor’s degree or other credential that supports their work as an educator or their work to become an early childhood educator,” the White House said in a fact sheet.

Biden’s plan would invest $200 billion in the free universal preschool, including children from affluent families, the New York Times reported, giving child care providers the funds to have small classrooms and class sizes to help children with disabilities. The plan would also cover the costs of childcare for struggling working families, the publication reported.

Critics like “Hillbilly Elegy” author JD Vance insist that the plan does not take into account the preferences of working class Americans, many of whom would prefer to have one parent stay home with their child rather than pay for childcare.

It is not immediately clear who would qualify to have all childcare costs covered, and Biden administration officials did not elaborate on this point, the Times reported. The officials did say it would be based on a family’s earnings compared to the state’s median income, and that families who earned 1.5 times their state’s median income would not have to pay any more than 7% of their income.

The plan would also include a $15 minimum wage for childcare workers, who earn about $12.24 an hour without benefits and are mostly women of color, according to the Times.

According to a benchmark of affordability set by the U.S. Department of Health and Human Services, childcare is considered affordable if families pay no more than 7% of their annual income, according to the Center for American Progress (CAP). But on average, the center reported in 2019, families across all categories — “whether it be marital status, race, age, education level, or income” — are paying more than this benchmark of affordability.

This benchmark was “never meant to be an affordability metric for all families,” experts from the Bipartisan Policy Center (BPC) say. “Rather, it is a recommendation for how much a low-income, working family receiving a child care subsidy should pay as a co-payment for child care services.”

“HHS chose the 7% benchmark to reflect U.S. Census Bureau data that showed the average percent of monthly income spent by all families on child care stayed consistent at about 7% from 1997 to 2011,” BPC experts wrote.

Since in the current child care market only 6.4% of children are receiving public or private subsidies, “broadly applying the 7% benchmark overlooks the significant public funding covering the gap between 7% of a family’s income and the price of child care,” the BPC noted.

CAP notes that there are three broad child care categories: one is care by relatives, such as parents, siblings, or grandparents. Another is licensed child care, such as a daycare, preschool, or pre-K. A third is self-care, in which the child is left by himself, and the final is unlicensed non relative care.

Low-income families are the least likely group to pay for childcare, either because they have a parent at home or because a family member is caring for their kids, analysis from CAP found.

The 40% of low income working families who do pay for childcare are spending about 35% of their income on childcare, which is five times more than what is considered affordable, according to CAP.

Rachel Greszler, a Heritage Foundation Research Fellow in Economics, Budget and Entitlements told the Daily Caller News Foundation that part of the reason that lower and middle class families have a lower income is because one parent has chosen to stay home and invest in their children.

According to American Compass, 53% of married mothers would rather have one full-time earner and one stay-at-home parent while they are raising children who are under the age of five.

‘Why Not Give Money For This Purpose Directly To Families?’

The president’s announcement sparked a backlash among conservatives who argued that Biden’s plan does not take into account the needs of parents who wish to care for their children at home. (RELATED: Hawley Plan Gives ‘Marriage Bonus’ To Married Parents With Young Children)

“If this was about helping parents afford childcare or providing them with more options, it would make sense to take a different approach,” the American Principles Project’s Jon Schweppe told the DCNF. “Why not give money for this purpose directly to families?” 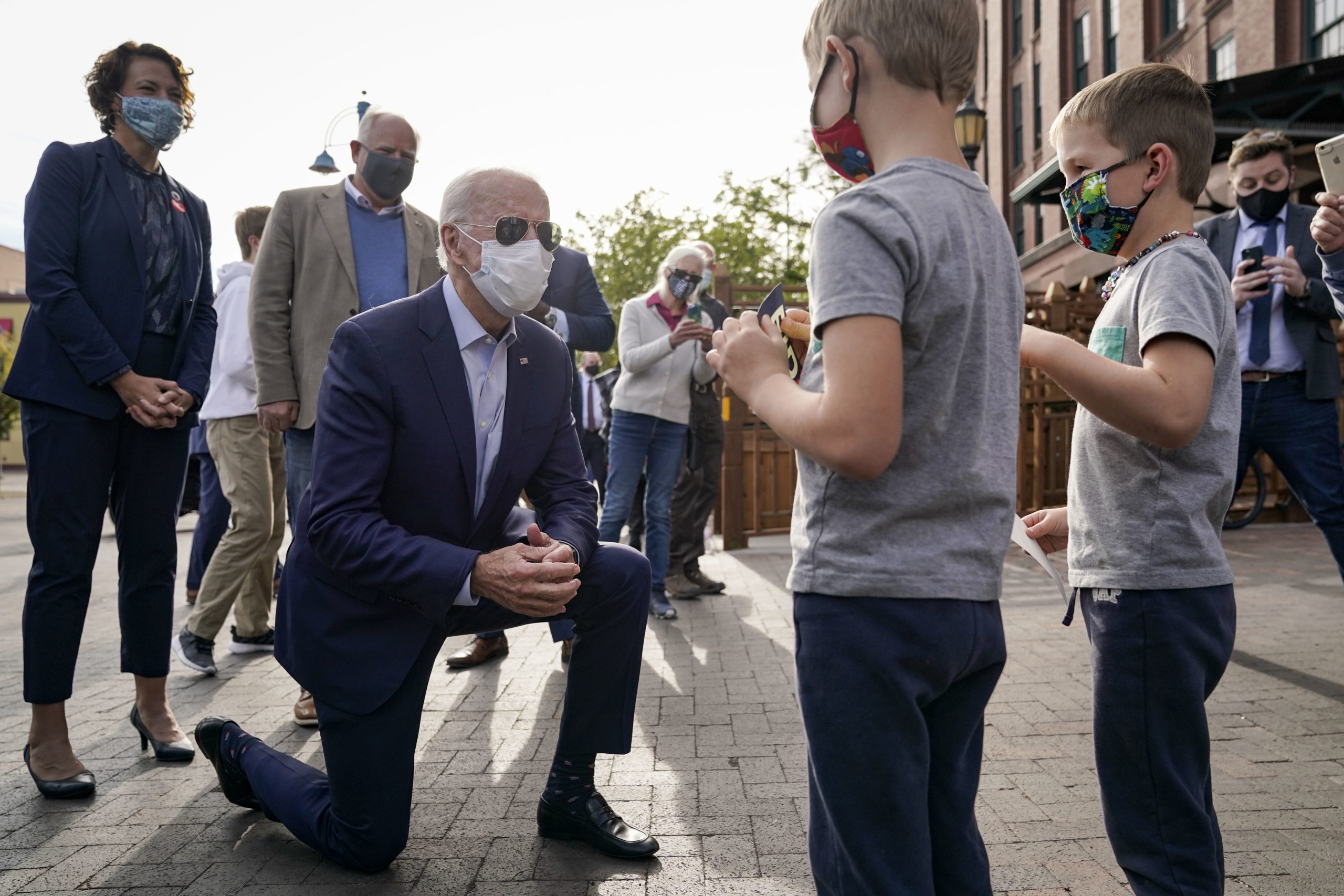 Schweppe maintained that Biden’s plan isn’t about families, but about “making sure that kids are pushed into government-funded daycare, run by the credentialed class, because they want to indoctrinate our kids with wokeism, critical race theory, and gender ideology at an early age.”

Others argue that the Biden plan goes above and beyond its stated purpose.

“This policy achieves multiple goals all at once,” Carmel Martin, deputy director of the Domestic Policy Council, told the New York Times. “It supports workers’ ability to go to work, it improves the working conditions for care workers, helping them to contribute more to the economy, and then at the same time it supports healthy child development so that they’ll be more likely to go onto college and be higher earners in the economy.”

Vance referenced the American Compass polling, insisting that the ruling class family model is “obsessed with their jobs” and credentials and “want strangers to raise their kids.” Middle class Americans, Vance said, want the opportunity to spend more time with their kids and not be “forced to send them to daycare.”

New York Times columnist Paul Krugmann pushed back on these ideas in a May 3 op-ed, asking whether people like Vance are “arguing in good faith.”

“Well, at this point there don’t seem to be many normal people by Vance’s standard,” he wrote, noting that only 14 percent of children are currently growing up in “Leave It to Beaver” families with a working father and stay-at-home mother. “It’s true that women without a college degree are less likely than college-educated women to be employed — but that’s true for men, too, suggesting that low employment has more to do with lack of opportunities and, of course, the cost of child care than with traditional values.”

“The logic seems to be that providing child care is bad because it’s a liberal plot to force mothers to leave home and take jobs, but giving families unconditional aid is also bad because it would allow mothers to stay home rather than getting a job,” Krugman added.

“We shouldn’t have bureaucrats in Washington, D.C. trying to manage people’s lives for them and play the role of ‘parent’, we should be giving people every opportunity to provide for their kids and allowing them to make their own choices,” Schweppe said.