The New York City Police Department’s (NYPD) hate crimes unit is investigating the vandalism of a statue depicting a Polish Catholic priest who was brutally murdered by the communist secret police, according to a Twitter statement by the unit.

“We are vigorously investigating the vandalism of the statue of Jerzy Popiełuszko, a Polish priest murdered in 1984 due to his work in Poland’s Solidarity Movement,” the statement said. The statement adds that the NYPD is “very aware” of the priests significant to the local Polish community.

We are vigorously investigating the vandalism of the statue of Jerzy Popiełuszko, a Polish priest murdered in1984 due to his work in Poland’s Solidarity Movement. We are very aware of the significance to the @NYPD94Pct Polish community. If you have any info ☎️1-800-577-TIPS(8477) pic.twitter.com/3wsKl9bxWF

Popiełuszko was targeted by communists over his involvement in Poland’s Solidarity Movement, a trade union known for its opposition to the Communist Party that took over Poland after World War II.

Popiełuszko was charged for his “anti-state” remarks and his life was targeted several times before the communist secret police ultimately murdered him in October 1984, according to the National Catholic Register. He was beatified in 2010 and the Vatican is taking the steps to canonize. 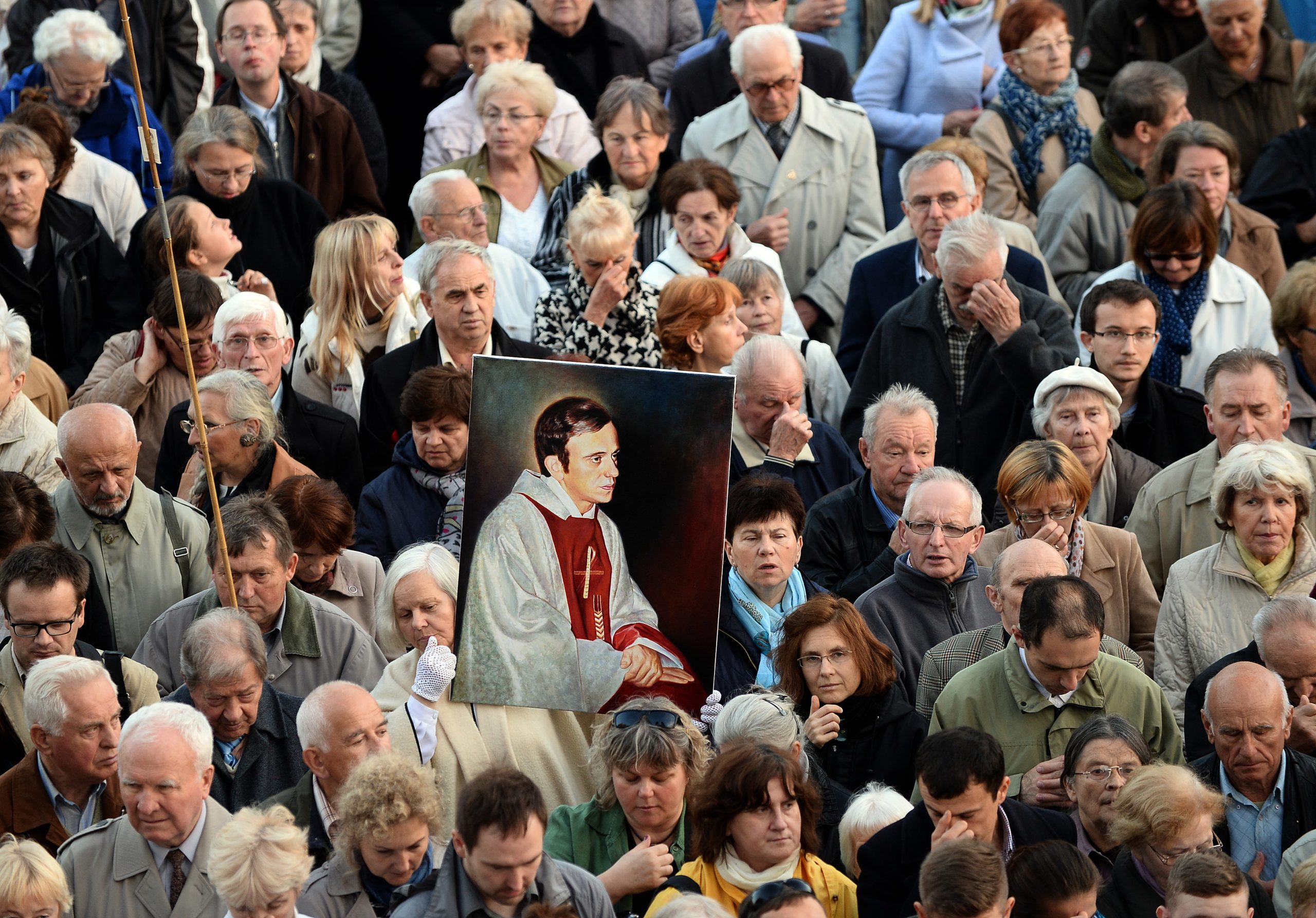 Belivers holding picture of Polish priest Jerzy Popieluszko during a mass in front of a church where his grave is placed in Warsaw on October 19, 2014. (JANEK SKARZYNSKI/AFP via Getty Images)

It was not the first time the statue was vandalized, Polish Consul General to New York Adrian Kubicki said, according to the New York Daily News. (RELATED: Pastor Who Kicked Police Out Of Church Goes Off On The Lockdown ‘Gestapo’ — Again)

“It’s happened before so now we know someone has a problem with this statue here,” Kubicki reportedly said. After the statue was erected, someone spray painted the names “Stalin” and “Lenin” on it, Kubicki said. The statue was then decapitated, but eventually replaced.

Kubicki said that it was because of Popiełuszko and people like him that the Iron Curtain — which separated the former Soviet bloc from noncommunist areas — fell.

“His fight for freedom, he paid with his life and was killed by the communists. His contribution was not only to Poland but to the entire free world,” Kubicki reportedly said.