A group of over thirty House Republicans sent a letter Thursday to Speaker of the House Nancy Pelosi calling on her to return the House to normalcy and asked her to abide by the Centers for Disease Control and Prevention (CDC) guidelines released earlier in the day.

The letter, which was first obtained by the Daily Caller, was spearheaded by Republican Ohio Rep. Bob Gibbs, signed by 33 other Republicans and called on Pelosi to return the House to normal in-person voting procedures and end mandatory mask requirements in the House. The CDC released guidelines Thursday afternoon that said masks are no longer required to be worn inside by fully vaccinated people in “most” situations.

“Speaker Pelosi, In accordance with the Centers for Disease Control and Prevention (CDC) guidance released on May 13, 2021 we urge you to immediately return to normal voting procedures and end mandatory mask requirements in the House of Representatives,” Gibbs said in the letter.

“CDC guidance states fully vaccinated people no longer need to wear a mask or physically distance in any setting except where required by governmental or workplace mandate. It is time to update our own workplace regulations. Every member of Congress has had the opportunity to be vaccinated, and you have indicated about 75 percent have taken advantage of this opportunity,” he added. (RELATED: Proposed House Rules Eliminate Gendered Terms Like ‘Father’ And ‘Daughter’)

“The United States Congress must serve as a model to show the country we can resume normal life through vaccination. Let’s follow the science and get back to work,” Gibbs’ letter concluded. (RELATED: Pelosi Refers To Herself As Wife, Mother On Floor After Elimination Of Gendered Family Terms In House Rules)

“For all the talk from President Biden, Speaker Pelosi, and the mainstream media telling us to follow the science, political leaders should be setting an example for getting back to normal, not cowering in fear in defiance of common sense. Based on sound science, the CDC says those who are vaccinated have an incredibly low risk of becoming infected with coronavirus,” Gibbs told the Daily Caller before he sent the letter. 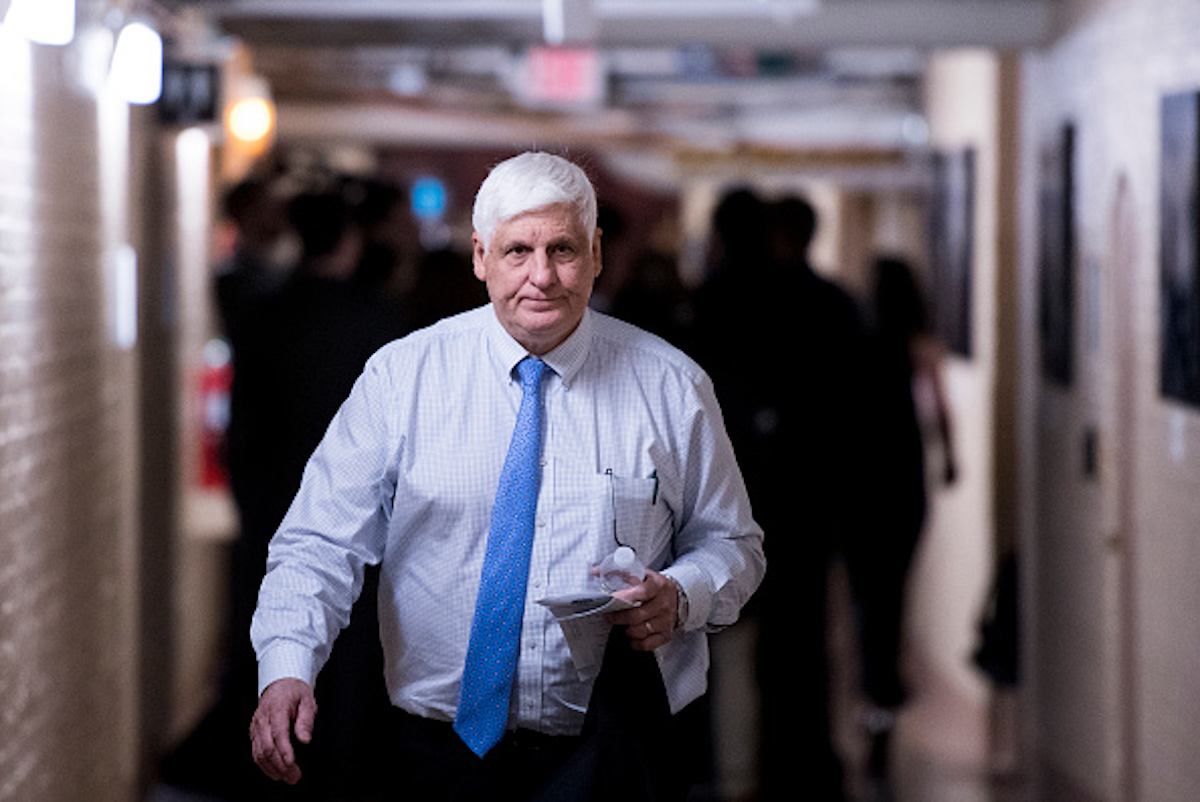 “With that data, there is no reason the House of Representatives should not be fully open and returned to normal operations. It’s time to end the House’s mask mandate and staggered voting. The House of Representatives is filled with enough political drama. The last thing we should be doing is contributing to vaccine hesitancy with the same Mask-erpiece Theater Congress engaged in during Biden’s address to the joint session. I and my colleagues are calling on Speaker Pelosi to reverse these restrictions and allow the People’s House to resume regular operations,” Gibbs added.

The Daily Caller contacted Pelosi’s office to ask if she would be changing the rules, but they did not immediately respond.

Pelosi told CNN’s Manu Raju she is not changing the rule requiring masks on the House floor. “No,” Pelosi said. “Are they all vaccinated?”