A block of falling ice struck and killed one climber and injured another Thursday in Alaska’s Denali National Park and Preserve, the Nation Park Service (NPS) announced.

Two unidentified individuals were climbing the west face of Reality Ridge around 5 a.m. when a block of glacier ice fell off the West Fork of Ruth Glacier and hit the two-person rope team, the NPS said in a statement.

A 32-year-old man from Rigby, Idaho, died while the other climber, a 31-year-old from Logan, Utah, was knocked unconscious upon impact, the NPS said. When the 31-year-old regained consciousness around 6 a.m., he “alerted park officials using an InReach satellite communication device.” (RELATED: 24-Year-Old Hiker Slipped And Plummeted 80 Feet To His Death, Police Say)

“Despite significant injuries, the surviving climber managed to move to a location outside of the debris zone to await rescue.”

The Denali National Park’s helicopter and two rangers flew to the site around 7 a.m. and rescued the injured climber, who was later taken to an air ambulance for medical care, the NPS said. Authorities were unable to retrieve the body of the deceased climber due to cloudy weather, according to the NPS. 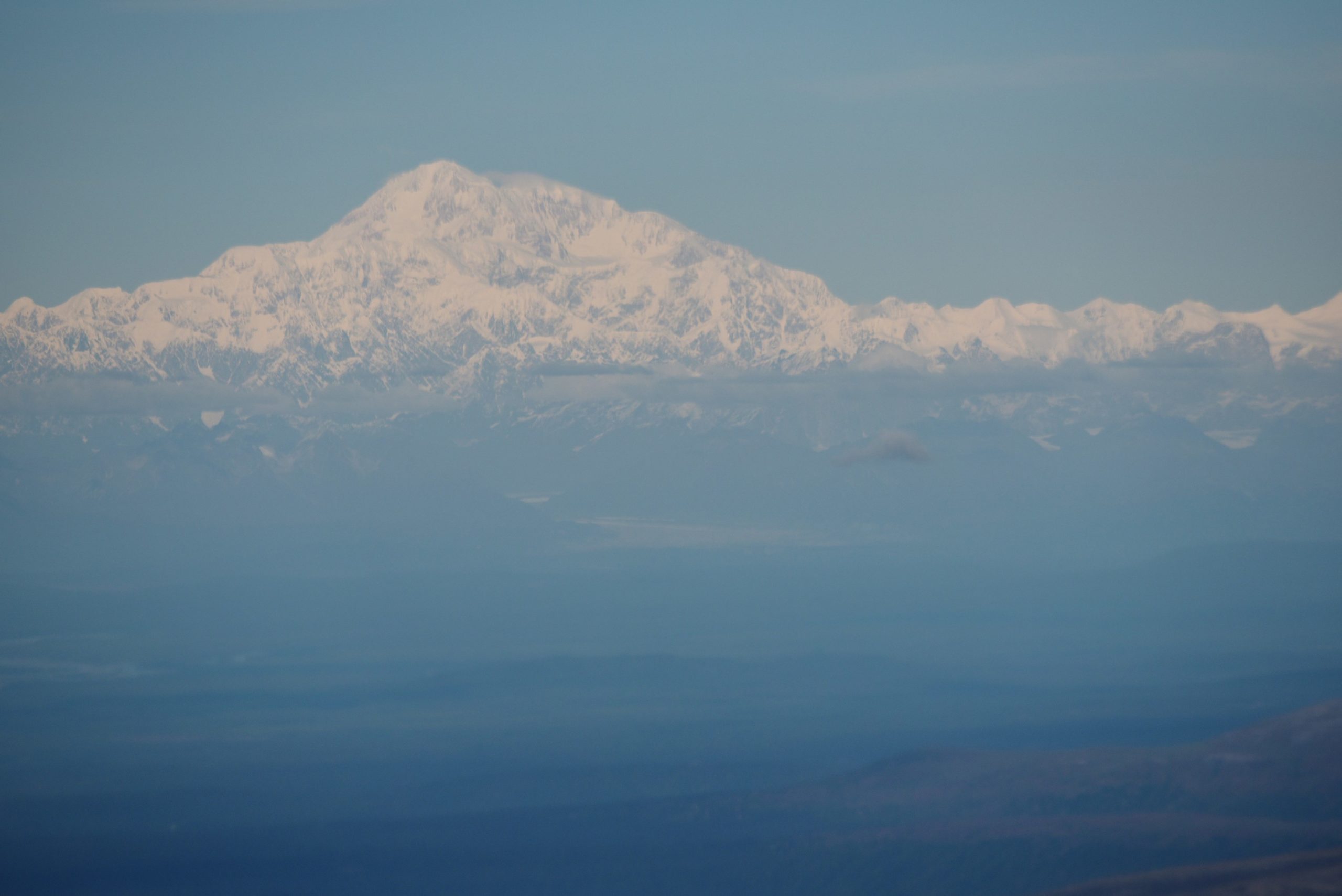 A photo taken from Air Force One shows Denali which was formerly known as Mount McKinley on Aug. 31, 2015. (MANDEL NGAN/AFP via Getty Images)

Another climber died in the park earlier this month as well. Mason Stansfield, 28, died May 3 after falling into a crevasse while skiing in the park, according to The Associated Press.