A group of government staffers impacted by invisible attacks believed to be causing “Havana syndrome” among officials serving overseas expressed their disappointment with the Biden administration for not adequately addressing their concerns, NBC News reported Wednesday.

The letter is addressed to Brian McKeon, Deputy Secretary of State for management and resources, and explains how the State Department has “fallen short” of expectations related to providing security and treatment to injured staff.

The letter was sent on behalf of 21 U.S. government employees and their spouses who are believed to have “Havana syndrome” or may be at risk of injury overseas, according to NBC News.

“After four years of challenges, we were hopeful that the new administration would welcome a partnership with us to ensure those affected receive the care and treatment they need and ensure appropriate care for the new cases,” the letter stated.

The U.S. launched an investigation into the suspicious invisible attacks, which have reportedly sickened national security and White House officials, both overseas and stateside, CNN reported in late April.

Officials reportedly investigated the incidents as possible “Havana syndrome” attacks, potentially caused by microwave energy, although there’s no consensus as to the cause of the symptoms. Episodes of “Havana syndrome” have occurred among officials serving in Cuba, Russia, and China. (RELATED: REPORT: US Launches Investigation Into Possible ‘Havana Syndrome’ Attack Outside The White House)

The syndrome’s name is derived from the mysterious symptoms U.S. personnel in Cuba experienced in 2016.

Symptoms included ear-popping, vertigo, severe headaches, nausea, and a “piercing directional noise,” all of which seemed to appear spontaneously, according to CNN. At least one Central Intelligence Agency (CIA) officer was reportedly diagnosed with a traumatic brain injury following an attack.

The letter says that the State Department has denied employees and injured families access to medical evaluation and treatment, rejected scientific evidence regarding their injuries and treatment, and invalidated injured staff’s experiences.

“Senior Department leadership’s continued refusal to meet with and hear directly from its injured personnel is discouraging,” the letter said.

“We ask that leadership within the Department honor President Biden’s commitment to elevate U.S. diplomacy and stand by the women and men advancing our foreign policy by prioritizing the health, safety and security of our officers,” the letter continued. 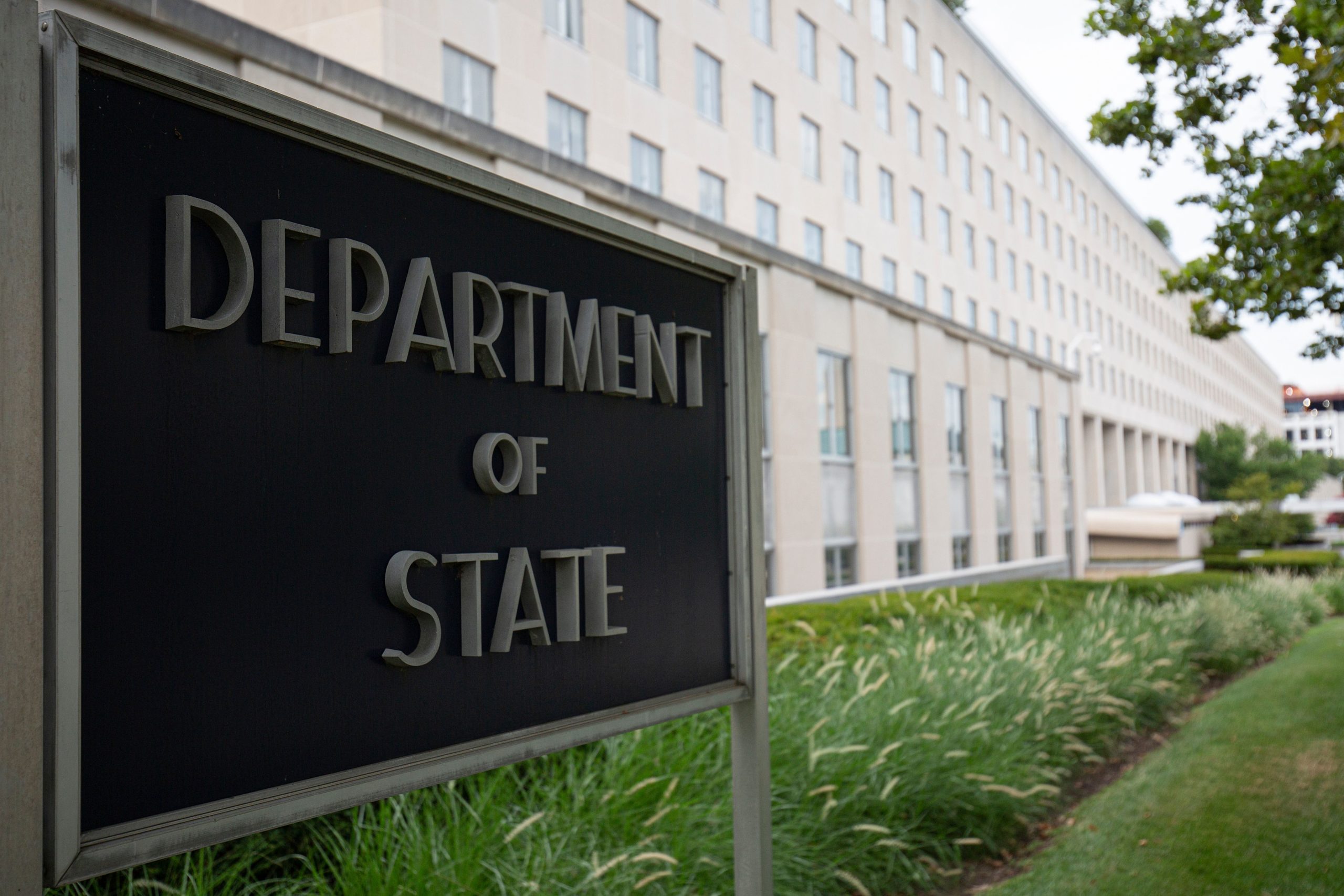 The US Department of State building is seen in Washington, DC, on July 22, 2019. (ALASTAIR PIKE/AFP via Getty Images)

The letter included a list of 11 areas the cohort wants to develop a response to with the State Department.

Among the areas listed are benefits assistance, care plans for newly injured employees and families, security at at-risk posts, and long-term monitoring of cohorts that last 10 to 20 years.

A State Department spokesperson told NBC News that the department is aware of the letter and “looks forward to discussing its contents with all relevant parties.”

“We have no higher priority than the safety and security of U.S. personnel, their families, and other U.S. citizens,” the statement added.

The CIA, State Department, and Defense Department have all played a role in investigating the attacks, although the Pentagon sought to lead the probe toward the end of the Trump administration because its officials sensed that other agencies weren’t seriously addressing the complaints, CNN reported.