By mid-May at least seven security outposts in rural Eastern Afghanistan have surrendered to the Taliban and around 120 law enforcement officials were allowed to leave villages after handing over weapons and other equipment, according to the Times. 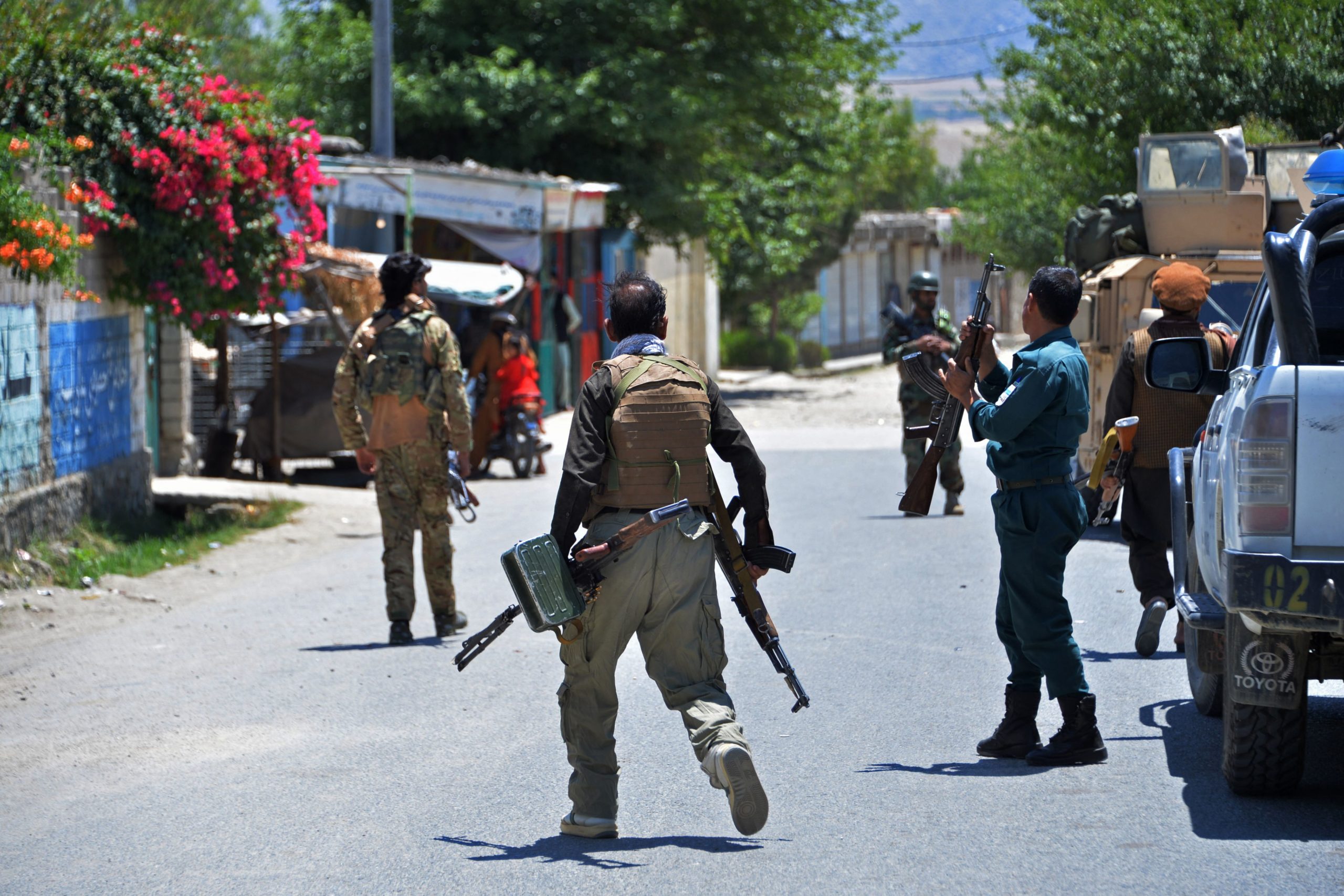 Members of Afghan security forces patrol a street during an ongoing clash between Taliban and Afghan forces in Mihtarlam. (Photo by NOORULLAH SHIRZADA/AFP via Getty Images)

At least 26 outposts have surrendered to the Taliban since May 1, according to government officials and village elders, the Times reported. The Taliban have seized four district centers and displaced governors, police officers and intelligence officials.

“The government is not able to save the security forces,” Baghlan Province village elder Mohammed Jalal said, the Times reported. “If they fight, they will be killed, so they have to surrender.”

The Taliban have exploited the U.S. troop withdrawal’s effect on Afghan security force morale to seize territory, military vehicles, weapons and ammunition, while buying off local militias, according to The Times.

Taliban Invitation and Guidance Committees mediate the terms of the surrender after insurgents isolate outposts from surrounding bases, the Times reported. In some cases, the committees video Afghan troops who surrender promising not to rejoin the military and threaten to kill them if they do before giving them civilian clothes and sending them home.

“The Taliban commander and the Invitation and Guidance Committee called me more than 10 times and asked me to surrender,” Wardak Province District Police Chief Maj. Imam Shah Zafari said, the Times reported. He surrendered on May 11 after negotiations between local elders and the Taliban. (RELATED: Taliban Tells Neighbors To Not Host US Troops Withdrawing From Afghanistan)

The Taliban calls outpost commanders and outlines the terms of surrender, which is negotiated by village elders, according to the Times.

“They call and say the Taliban are powerful enough to defeat the U.S. and they can easily take Laghman Province, so you should remember this before we kill you,” Laghman Province Governor Rahmatullah Yarmal, the Times reported.

Laghman Province Commander Wahidullah Zindani, 36, refused to surrender his outpost of nine men before they were overrun and taken prisoner during a gunfight with the Taliban Sunday, according to the Times.

“A Taliban commander calls me all the time, trying to destroy my morale, so that I’ll surrender,” Zindani said days before the confrontation, the Times reported. “I told him, ‘I’m a soldier of my country. I am not here to surrender.”