What happens when a country loses interest in protecting itself? That’s what we are living through in America today. COVID-19 has killed 600,000 Americans. Yet the U.S. government and top American leaders have generally been passive, or even uninterested, in learning how it all started.

How can that be? It’s almost unimaginable that every single American would not want to find out the truth. That so few do is just another example of the sad place we find ourselves. Six hundred thousand dead Americans? Ho-hum. That’s the attitude nationally.

The debate about the origins of COVID-19 is not purely an intellectual one. Learning how this deadly disease started is crucial to preventing it from recurring. The dominant theory early on, rapidly declining in likelihood, was that the disease passed from a bat to people through a Chinese outdoor food market. If this were true, then we may want to pressure China even more than we already are to clean those markets up and to reform some of their dangerous practices. If, on the other hand, the disease escaped from a Chinese bio laboratory with ties to Chinese military bioweapons programs, a theory at first dismissed by the so-called experts and by the corporate media, then there are a whole slew of policy choices we should reconsider. (RELATED: POLL: Most Americans Now Believe COVID-19 Leaked From Lab But Still Sharply Divided By Party, Class) 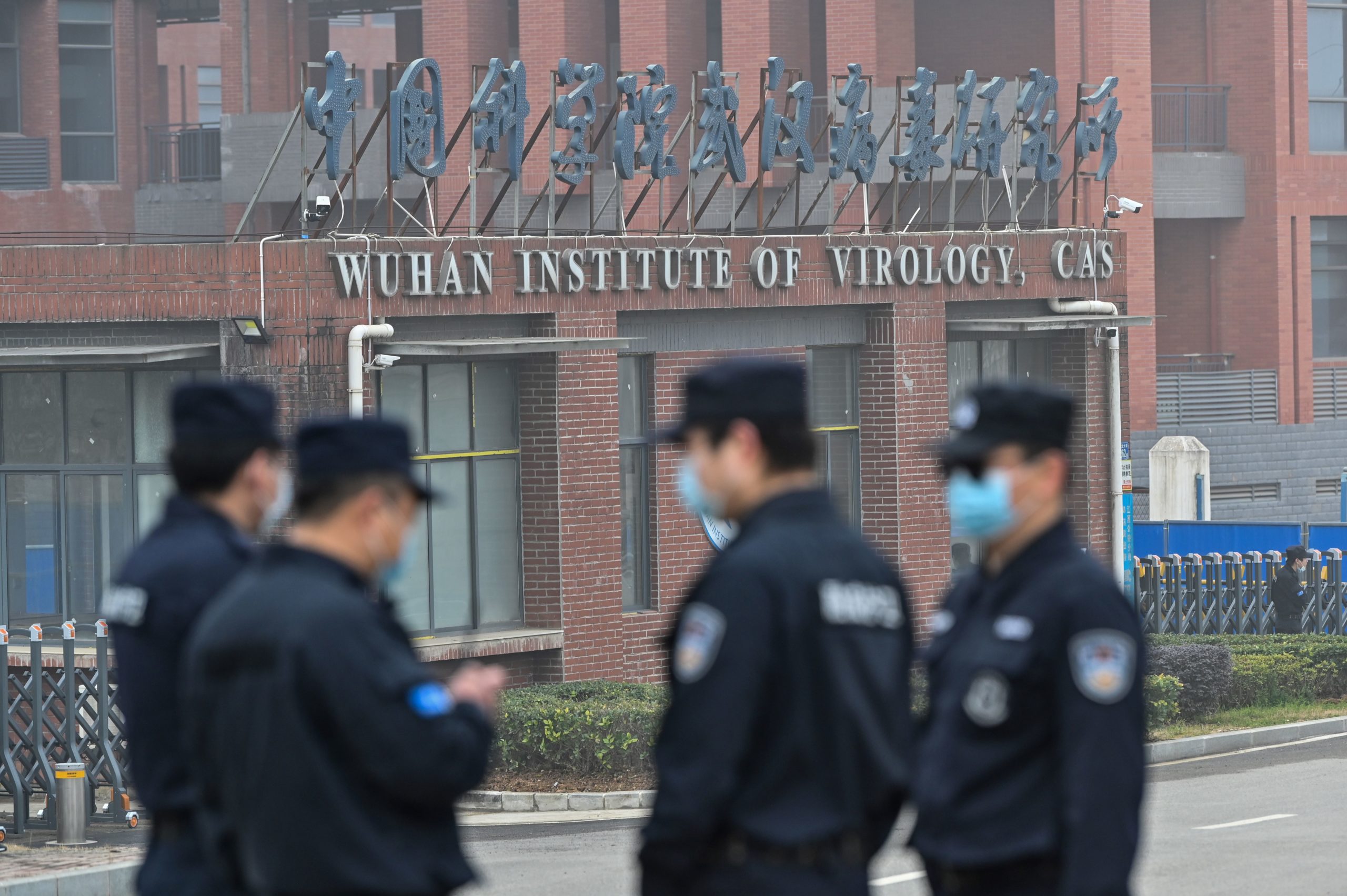 Security personnel stand guard outside the Wuhan Institute of Virology in Wuhan as members of the World Health Organization (WHO) team investigating the origins of the COVID-19 coronavirus make a visit to the institute in Wuhan in China’s central Hubei province on February 3, 2021. (Photo by Hector RETAMAL / AFP) (Photo by HECTOR RETAMAL/AFP via Getty Images)

From the very start of the pandemic, China has acted horribly, and America has sat back and taken it. We have not pursued our national interests aggressively. We have definitely not behaved the way anyone would expect the world’s preeminent power to behave. We have let China dictate everything, and we have pushed back minimally, if at all. Saddest of all, the passive American response was cheered on by America’s top corporate and media elites.

At the very beginning of the pandemic, some Chinese scientists spoke out about their concerns about a potential lab leak. China quickly stifled any such discussion. Most American corporate and media leaders remained silent as this occurred. Worse, they accused anyone who wanted to investigate of conspiracy-mongering.

Some whistleblowers in China have just disappeared. Where are they? You won’t hear that question asked by America’s leaders. We don’t seem interested. China also refused to turn over blood samples from early patients. Did you hear much complaining about this from top American leaders? Nope. Just quiet acceptance. China did not allow U.S. investigators open access to investigate the bio lab located at the outbreak’s epicenter. Did you hear top U.S. leaders object? China spread blatant lies that the disease started with U.S. soldiers visiting Wuhan. Blaming our troops had to be the last straw, right? Surely, America’s leaders would never stand for that? Sure, they would. In 2021, making up lies like that about U.S. troops is apparently A-OK. Our rebuttal was, once again, soft.

China also dominates the World Health Organization, even though the U.S. pays the most dues by far of any country. In fact, the U.S. pays twice as much to the WHO as China, yet China dominates the organization. Why would that be? Maybe the Americans representing us at the WHO are not as interested in aggressively pursuing U.S. interests as the Chinese representatives are at aggressively pursuing Chinese interests.

When the WHO organized a fact-finding investigation into the origins of COVID-19, the U.S. government recommended three candidates. All were rejected. This is because the entire WHO investigation was dominated by China. The only U.S.-based representative later allowed was one our government did not pick and one with a clear conflict of interest: His organization was responsible for funneling American taxpayer funding to the Chinese lab in question. (RELATED: US Researcher With Ties To Wuhan Lab Personally Thanked Fauci In April 2020 For Dispelling Lab Leak Theory ‘Myths’) 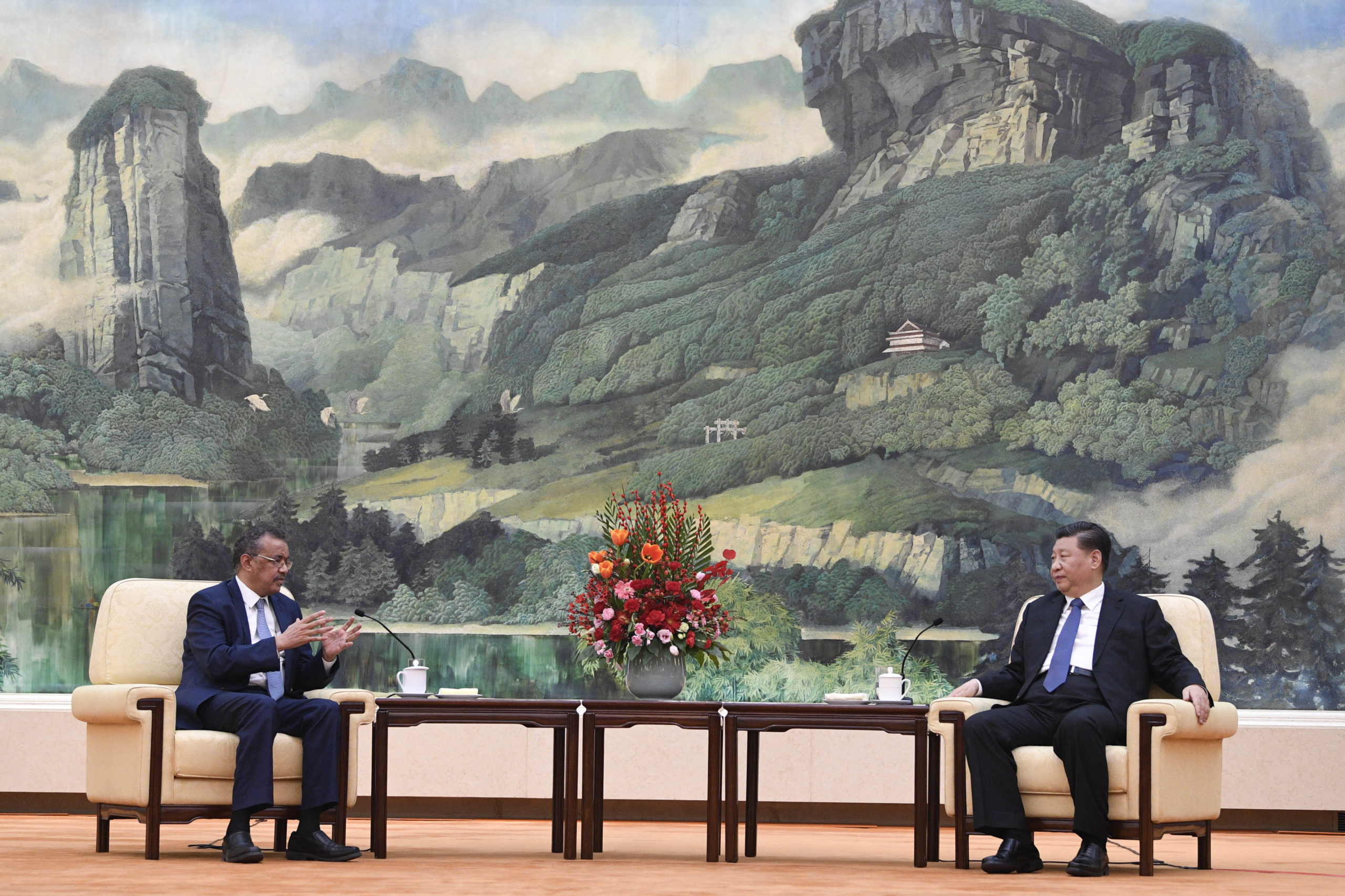 The broader question from all this is, how does the world’s preeminent power get abused this badly? The Chinese lab in question had a history of safety problems and had Chinese military agents housed within it. If the Chinese military had any role in causing the pandemic that has now killed nearly 4 million people worldwide, then this may be one of history’s greatest scandals. Even if it was just Chinese scientists’ negligent handling of dangerous pathogens in lab experiments designed with honorable goals — and conducted with American taxpayer funding — we have a huge scandal, given China’s obfuscation and cover-up (all with assistance from senior Americans).

The rise of China and the slow decline of the United States have occurred simultaneously. It’s hard to not see them as causally related. The saddest part of America’s decline and China’s rise is that senior American leaders not only acquiesced but greatly profited from facilitating China’s rise. China used the sales growth potential of reaching its massive middle-class consumer base to mesmerize American corporate and government leaders. Our trade regime allowed China to flourish while American interests were not addressed. It may be the first time in world history that a nation co-opted the top echelon from its top competitor with money. That’s what we have faced. (RELATED: REPORT: US Government Officials Encouraged COVID-19 Origin Cover-Up)

Nobody made money by refusing to press China about COVID-19, but after years of sucking up to China and failing to pursue America’s interests, maybe old habits just die hard.