Lawmakers in Oregon late Thursday unanimously voted to oust their Republican colleague who helped far-right demonstrators get into the State Capitol last year.

State Representative Mike Nearman was the only lawmaker to vote against his own removal, a press release from Oregon Democrats said, days after a surfaced video reported by The Oregonian last Friday showed him coaching people on how to successfully breach the building. Original security footage from Dec. 21 showed him exiting the Capitol through a door where protesters were gathered, allowing them to get inside before being confronted by police.

“His actions were blatant and deliberate, and he has shown no remorse for jeopardizing the safety of every person in the Capitol that day,” Democratic Speaker Tina Kotek said in a statement after the vote. (RELATED: Oregon GOP Refers To Capitol Riot As ‘False Flag’) 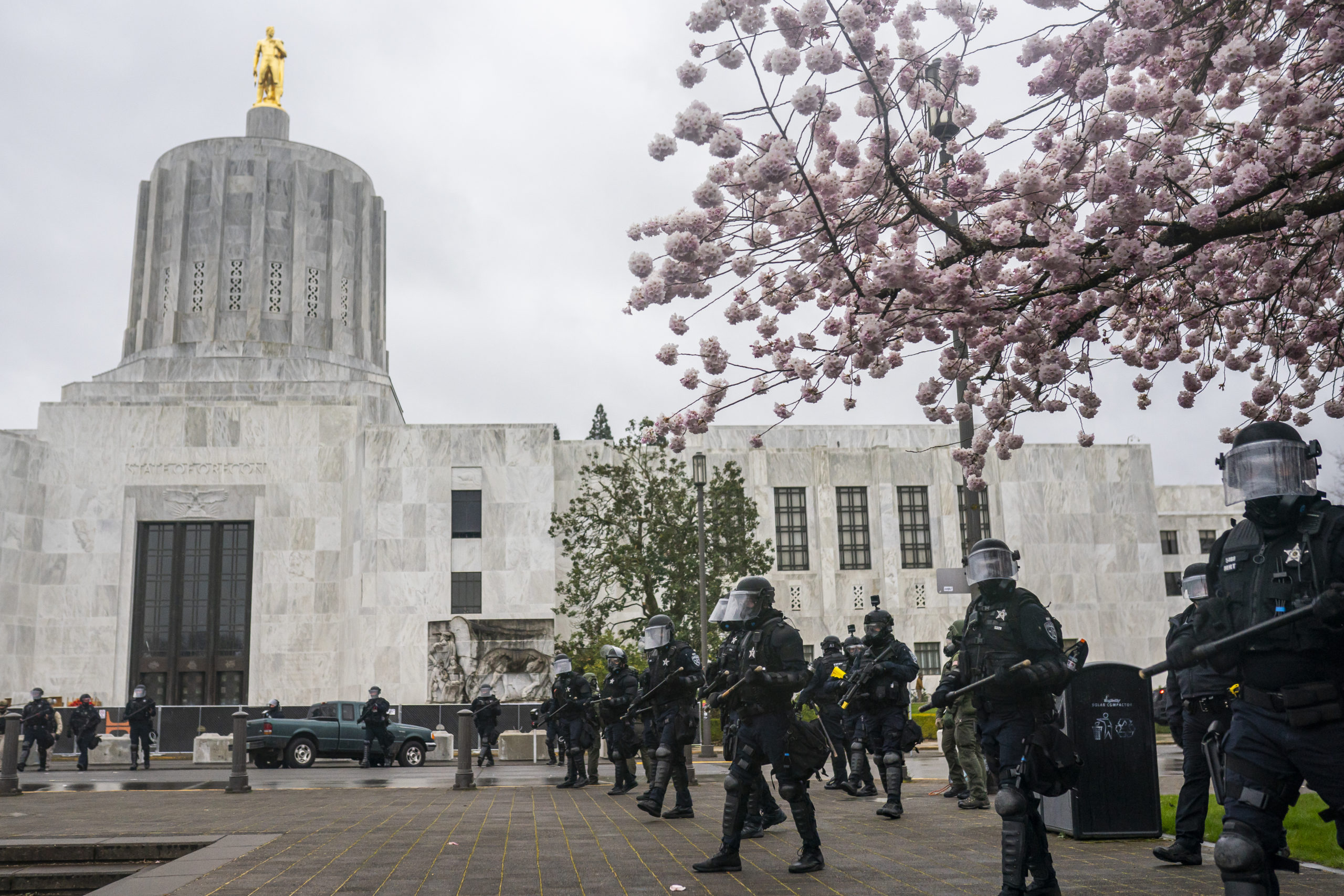 Unlike most Republicans in Washington, D.C., who have urged moving on from the Jan. 6 Capitol attack and recently killed a bipartisan 9/11-style investigation into it, Republicans in Oregon collectively called for Nearman’s ouster in a letter before the vote.

“Given the newest evidence that has come to light regarding the events of December 21, 2020, it is our belief as friends and colleagues that it is in the best interests of your caucus, your family, yourself, and the state of Oregon for you to step down from office,” the letter, reported by Oregon Public Broadcasting, reads.

In the recently discovered video, Nearman appears to repeat his own cellphone number and suggest that those trying to enter could text him.

“That is just random numbers that I spewed out. That’s not anybody’s actual cellphone,” Nearman can be heard saying in the footage. “And if you say, ‘I’m at the West entrance’ during the session and text to that number there, that somebody might exit that door while you’re standing there. But I don’t know anything about that.”

Nearman is the first member of the Oregon legislature to be removed from office, according to the Oregon Democratic caucus.