Rick Newcombe, founder and leader of a major publishing platform, told The Daily Caller News Foundation that he attributes his success in part to half a century of lifting weights.

“As I look back on my experience of lifting weights for more than half a century, I realize that the greatest benefits—good health, a love of life, high energy, and a feeling of youthful vitality—come with the package,” Newcombe writes in his new book, “The Magic of Lifting Weights.”

At 70, Newcombe’s energy and dynamism is rare among his cohorts. He credits his extraordinary vigor and output to a lifetime of weightlifting.

Born in Chicago, Newcombe started his weightlifting journey at 12, reading muscle magazines and frequenting the local gyms. He idolized bodybuilding icons like Franco Columbu and Arnold Schwarzenegger, downing vitamins and drinking protein powder by the gallon to try to emulate their physiques.

As he matured, so too did his relationship with his passion.

“Over the years, I realized lifting weights really gave me a leg up over people who didn’t,” Newcombe told The Daily Caller News Foundation. “I had an inner confidence, a spring in my step.”

For Newcombe, the gift of lifting weights was mental as well as physical. (RELATED: Must-Have Health And Wellness Apps To Build A Better You Both Physically And Mentally)

“It’s given me the confidence to be my own man,” he said. “When I started Creators Syndicate, we were the first syndicate to offer cartoonists ownership rights over their work. And the other syndicates didn’t want this. I got all sorts of criticism: letters from lawyers, threats of lawsuits, condemnation in the press, and so on.”

Taking on an entire industry by oneself is no easy feat, but Newcombe said he was able to do it in part due to the lessons learned during his time in the weight room.

“I think that accomplishing my bodybuilding goals when I was younger gave me the confidence to endure that,” Newcombe said. “Starting my own business while challenging the entire industry took a special kind of strength of character, and being physically strong really contributed to my success.” 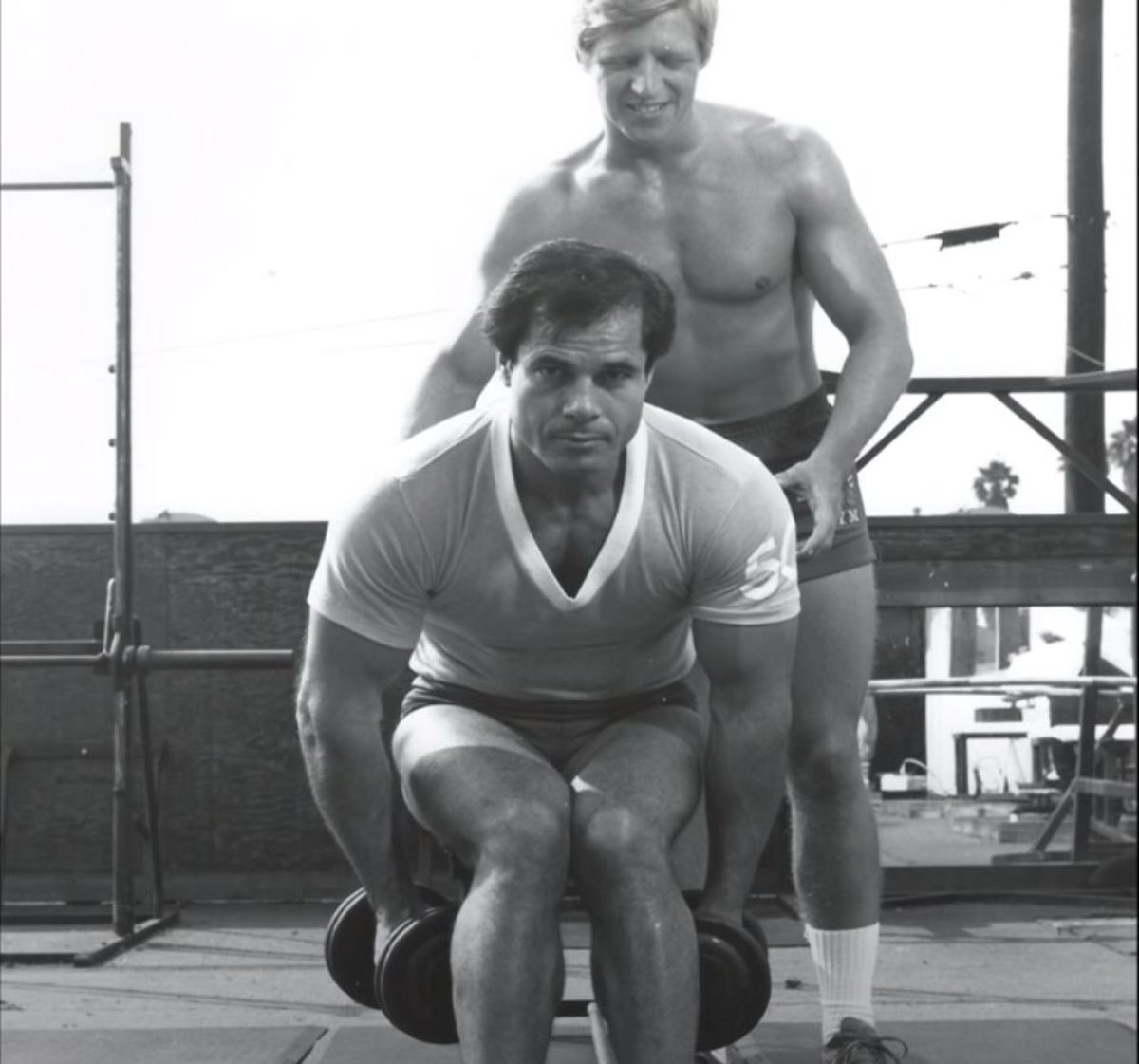 When the pandemic hit, Newcombe had time on his hands to reflect on his success and, moreover, the secrets to it. His book “The Magic of Lifting Weights” explores the gifts his lifelong passion has given him.

“I wanted to pass down what I learned, for my children and for my grandchildren,” he said. “Really, I wanted to motivate them. I’ve always had a passion to motivate people, to get them off the couch, and this is my way of sharing that message.”

“I don’t really believe in the ‘no pain, no gain’ mantra. That’s fine when you’re young, but if you’re looking at lifting weights as a passion for a lifetime, you need to figure out ways to make it fun,” he said.

“You don’t want it to be a chore, you don’t want to grind your body down. It’s like when you’re a little kid at recess; it’s fun, you look forward to it. The best workout is the one you like enough to keep doing.”

It’s this philosophy that’s enabled Newcombe to continue lifting into his seventies.

“I’ve kept my energy. This has got to be the most exciting decade of my life,” he said.

Newcombe is keen to point out the more meditative, zen side of lifting as well.

“I’m totally into that. And not just with lifting. I do breathing exercises, and I smoke a pipe; a tobacco pipe, to be clear,” he said.

Newcombe doesn’t just smoke pipes, he collects them. He’s even written two books on the subject, “In Search of Pipe Dreams” and “Still Searching For Pipe Dreams“.

“You’d be surprised how many relationships I’ve forged over pipe collecting,” Newcombe said, chuckling. “They say two of the biggest killers of the elderly are loneliness and stress, and the world of pipes has an antidote to both.”

“I’ll sum it up in one phrase: motion is lotion. As you get older and your joints don’t work the way they used to, it becomes much more important to stay loose and active rather than try and lift as much weight as possible,” he said.

“It’s like therapy; the aches and pains start to go away. I’m pain-free as we speak, and that’s very unusual for a seventy-year-old.”

Moreover, Newcombe notes that weightlifting can mitigate the mental wear and tear that accompanies aging. (RELATED: 21 Fitness Trackers To Help You Achieve All Of Your New Year’s Resolutions))

“It’s true that for a lot of older people, life has beaten them down. But you can push back through weight training,” Newcombe said.

“A lot of these older guys you see with so much energy, like Richard Branson and Rupert Murdoch, they lift weights. Even Biden has a personal trainer,” he added with a laugh.

Reflecting on what weightlifting taught him as a youth, Newcombe offered his advice to young men today.

“What lifting weights gave me, as a young man, was a passion over which I could have total control. You can’t control who wins the elections, for example, but you can control your own body,” he said.

“You have to create your own life, based on your passionate interests that flow from within, which was what I discovered about bodybuilding for me as a kid, not realizing that it would be so beneficial as a senior. Same with my passion for political commentary, cartoons and comic strips. Same with my pipe collecting. In other words, you have to create a unique life.”