Biden and Putin spoke for around three hours, falling short of estimates from those in the White House, who suggested the meeting could take four or five hours. The two did not partake in a joint press conference afterwards. Instead, Putin spoke to reporters for nearly an hour and Biden followed shortly after.

“Part of the reason it didn’t go longer is when is the last time two heads of state have spent over two hours in direct conversation across the table going into excruciating detail,” Biden told reporters. (RELATED: ‘I Do Seriously Wonder Why’: Dana Perino Says Biden’s White House Elevated Putin Meeting By Calling It A ‘Summit’)

The two leaders agreed to return their ambassadors to their Washington and Moscow posts during the summit, although no official date was announced. Anatoly Antonov, Russian’s ambassador to the U.S., and John Sullivan, Washington’s ambassador to Moscow, were recalled earlier this year after Biden announced new sanctions against Russia due to a cyberattack on government agencies, CNBC reported.

Biden and Putin also discussed cybersecurity, two Americans imprisoned in Russia, imprisoned Russian opposition leader Alexei Navalny, Ukraine and more. While Biden described the meeting as “good” and “positive” and Putin declared it to be “very constructive,” a wide range of issues remain between the two countries.

A slew of ransomware attacks on companies in the U.S. have been linked to Russian-based groups. One attack against Colonial Pipeline shut down operations and sparked fuel shortages across the Southeastern U.S. in May. JBS, the world’s largest meat supplier, was also hit with a ransomware attack in June.

Putin, speaking to reporters first, accepted no responsibility on the subject of cyberattacks linked to Russia. He accused Washington and Western countries of taking part in cyberattacks on Russia and said he agreed with Biden to “begin consultations on that issue.”

“I believe that’s extraordinarily important. And obviously both sides have to assume certain obligations there,” Putin told reporters, though he didn’t offer specifics, Politico reported.

“We believe that cyberspace is extraordinarily important in general, and in particular for the U.S. and, to the same extent, for Russia,” Putin continued before going on to accuse the U.S. of not being “particularly interested in organizing them or looking into” attacks allegedly coming from the country. 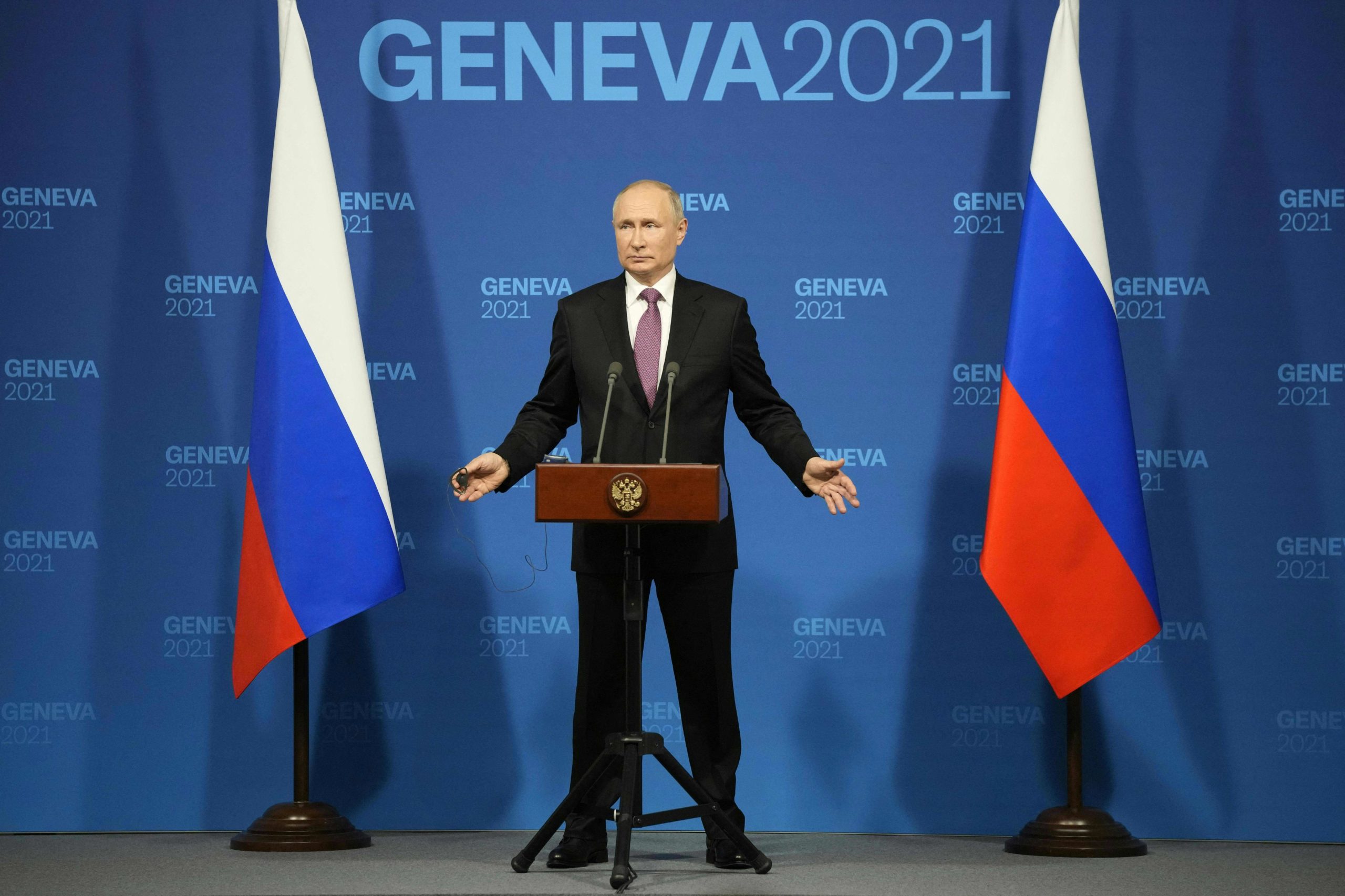 Biden told reporters that Putin is aware of consequences if ransomware attacks – and election interference, another topic of the day – continue.

“He knows I will take actions, like we did this last time out,” Biden said. “What happened was, we in fact made it clear that we were not going to continue to allow this to go on … He knows there are consequences.”

Biden said Putin’s “credibility worldwide shrinks” with situations like this – and speculated that this matters very much to the Russian president. He also noted that Putin was given a list of 16 critical infrastructure items that are off-limits for cyberattacks, promising an American response if such attacks don’t cease.

“What would it be like if we engaged in activities that he has engaged in? It diminishes the standing of a country that is desperately trying to make sure that it maintains its standing as a major world power. And so it’s not just what I do, it’s what the actions that other countries take – in this case Russia – that are contrary to international norms. It’s the price they pay,” the American president added.

Putin repeatedly dodged human rights-related questions and tried to turn the tables back over onto the U.S. during comments to reporters. The Russian president slammed America for daily “shootings and killings” and compiled an array of instances that he used to deflect his own country’s problems.

“Look at the streets of America, every single day there are shootings and killings,” Putin said. “You don’t have time to open your mouth and you are shot dead. Or, you remember the man who shot the woman in the back, or who drove his car over her? And then there was that shooting at the wedding. Let’s say it was an error, because that happens too — but shooting helicopters of civilians in Iraq, what was that about? Who is responsible for that?”

The Russian president also brought up the Jan. 6 riot, where supporters of former President Donald Trump stormed the U.S. Capitol, and the shooting death of Trump supporter Ashli Babbitt, again deflecting on the imprisonment of Navalny.

“Many countries are going through exactly what we are going through. Let me just repeat: We sympathize with what was happening in the states, but we do not wish that to happen in Russia,” Putin said. 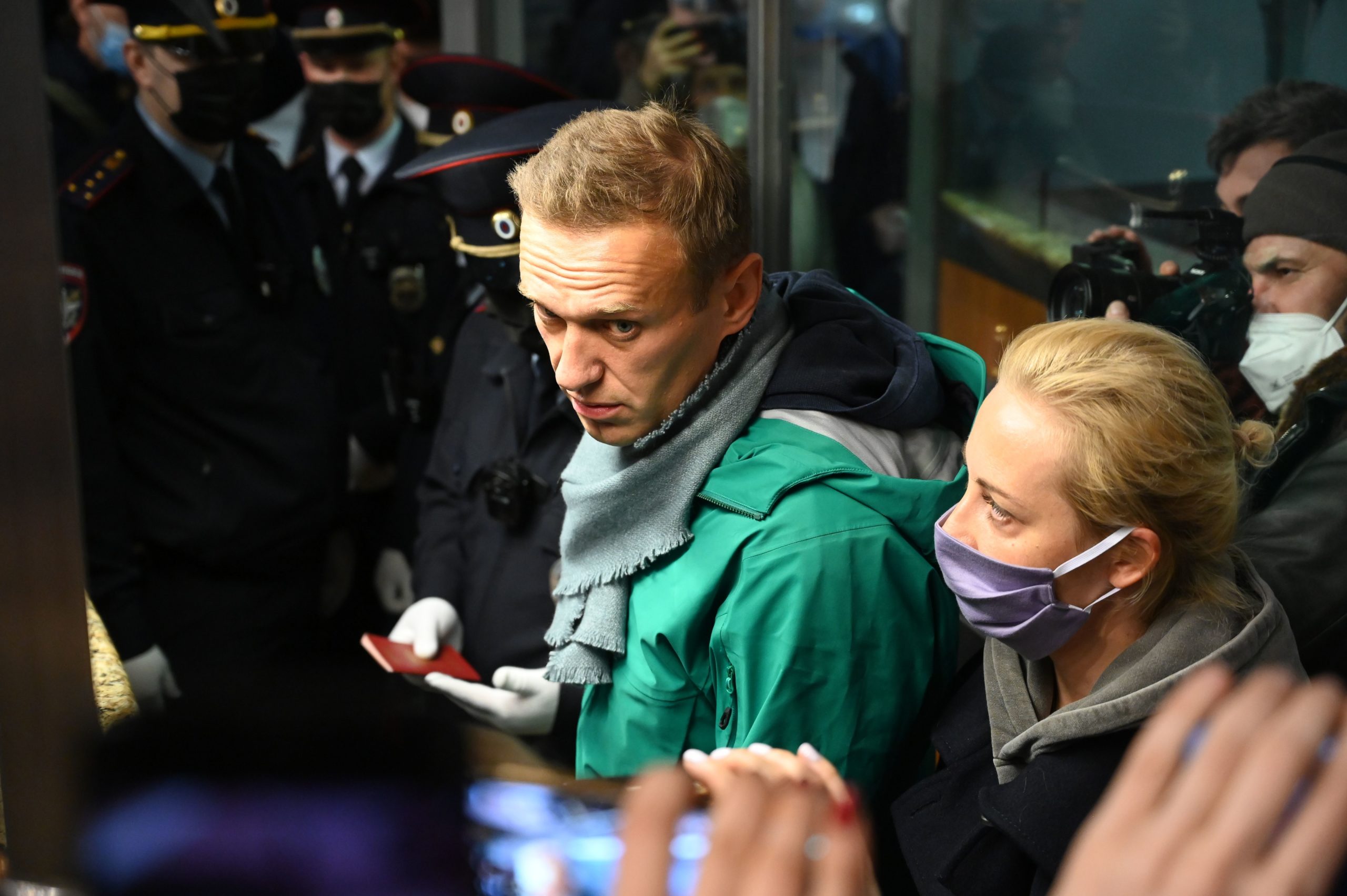 Notably, Putin wouldn’t refer to Navalny by name throughout Wednesday’s press conference, instead calling him “this man.” He claimed Navalny “knew he was violating the law” and “deliberately” ignored the law when he left the country – in a coma at the time – to get treatment in Germany because he was poisoned.

“He did what he wanted to do,” Putin declared. “What can you say?”

Afterwards, Biden decried Putin’s comparison of Navalny to the arrests following the Jan. 6 riot, calling it “ridiculous.” The American president said he “made it clear to” Putin “that we will continue to raise cases of fundamental human rights.” He issued a warning for Putin if Nalany dies in prison, saying it “would be devastating for Russia.”

No clear resolution on this issue appeared due to Wednesday’s talks.

Biden and Putin discussed American citizens Trevor Reed and Paul Whelan, both currently detained in Russia. The American president promised he won’t “walk away on” this subject, although, like many other topics, a clear resolution appeared out of reach.

“The bottom line is I told President Putin that we need to have some basic rules of the road that we can all abide by,” Biden explained. (RELATED: ‘Let Him Come Home’: Parents Beg Biden To Demand Putin Releases Their Son From Russian Prison)

Reed and Whelan’s families were happy that Biden mentioned the two by name, according to CNN. Biden said “we discussed them” and promised that there would be more talks regarding the two in the future.

Earlier in the day, Putin also said the American citizens had come up and suggested a bit of light at the end of the tunnel. Putin told reporters that “a certain compromise might be found there” and said Russia’s Foreign Ministry and the U.S. State Department would “work in that direction.”

Biden, as expected, brought up Ukraine during the meeting with Putin. He told the Russian president that America plans to continue its “unwavering commitment to the sovereignty and territorial integrity of Ukraine,” The Washington Post reported.

Prior to the summit, Ukraine declared it wouldn’t accept any arrangements make between the two presidents regarding the war in Eastern Ukraine, according to The New York Times. Little details into this topic were offered, although Putin insisted the Minsk agreements be imposed in an effort to end the war, according to Axios.

“He later accused the U.S. of having an ‘unpredictable foreign policy’ — a charge often leveled at Russia — by supporting a ‘bloody coup d’etat’ in Ukraine in 2014,” Axios reported. 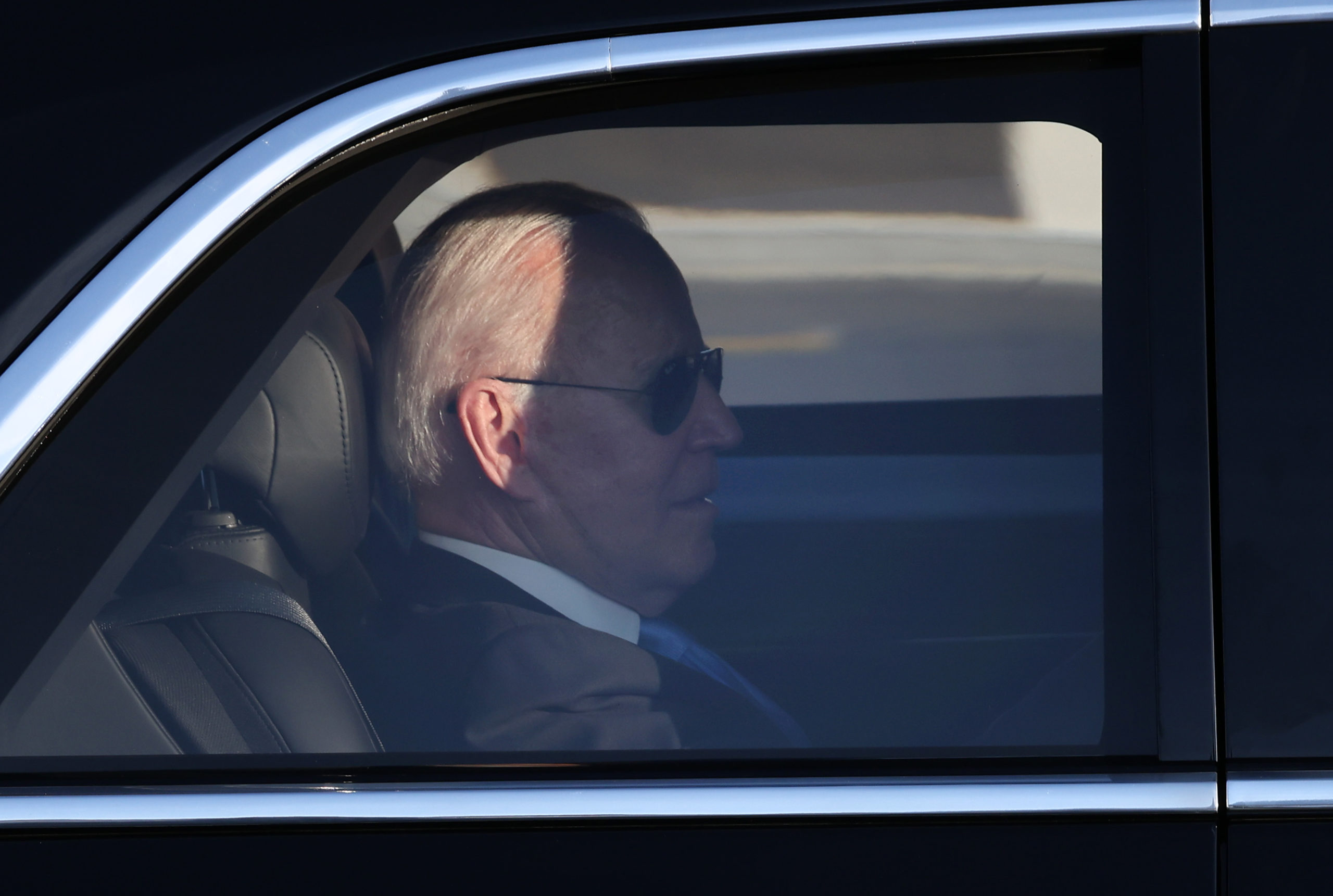 U.S. President Joe Biden departs from Villa La Grange after meeting with Russian President Vladimir Putin on June 16, 2021 in Geneva, Switzerland. The two leaders met at the villa today in three sessions of bilateral talks. The meeting comes at a time when U.S.-Russian relations are particularly cool. (Sean Gallup/Getty Images)

All in all, the meeting was declared a success by both Putin and Biden, despite a lack of immediate solutions and a clear divide remaining. A joint statement issued after the summit from the U.S. and Russia touted the meeting, pointing out that “even in periods of tension” the world leaders “are able to make progress on” shared goals.

These shared goals, according to the statement, include “ensuring predictability in the strategic sphere, reducing the risk of armed conflicts and the threat of nuclear war.”

“The recent extension of the New START Treaty exemplifies our commitment to nuclear arms control. Today, we reaffirm the principle that a nuclear war cannot be won and must never be fought,” the joint statement reads. “Consistent with these goals, the United States and Russia will embark together on an integrated bilateral Strategic Stability Dialogue in the near future that will be deliberate and robust. Through this Dialogue, we seek to lay the groundwork for future arms control and risk reduction measures.”

Putin noted that he had not been invited to the White House and suggested the summit allowed for a “new stage” in relations between the strained countries. Both Biden and Putin expressed hope at changes going forward, but made no stark declarations on whether they truly believed things would change.

The Russian president, for one, blamed America for allegedly deteriorating “mutual relations.” Biden said he told Putin that his “agenda” is solely “for the American people.” In the end, the American president summed up his thoughts on the summit: