The United States Conference of Catholic Bishops (USCCB) overwhelmingly approved a measure to draft a statement laying out whether politicians who counter church teaching may be denied Communion during Mass.

Nearly 170 out of the 229 total U.S. bishops, or roughly 75% of the conference, voted in favor of the measure on Friday, according to The Pillar reporter J.D. Flynn. The vote, which only needed two-thirds of the bishops to vote in favor to pass, suggested that a broad range of bishops across the ideological spectrum supported drafting a statement.

Bishops had predicted that the vote would receive support from just 60% of the conference, Flynn tweeted. The USCCB will now begin crafting a statement, which will outline if church-going elected leaders who counter fundamental church teaching may be denied Communion.

“This is a pastoral statement, which is going to be a teaching document,” South Bend, Indiana Bishop Kevin Rhoades said during a press conference Friday. (RELATED: Three-Quarters Of Church-Going Catholics Say Politicians Who Back Abortion Shouldn’t Receive Communion, Poll Shows)

Rhoades denied that the bishops were influenced by politics or the 2022 and 2024 U.S. midterm elections when they chose to approve the measure. 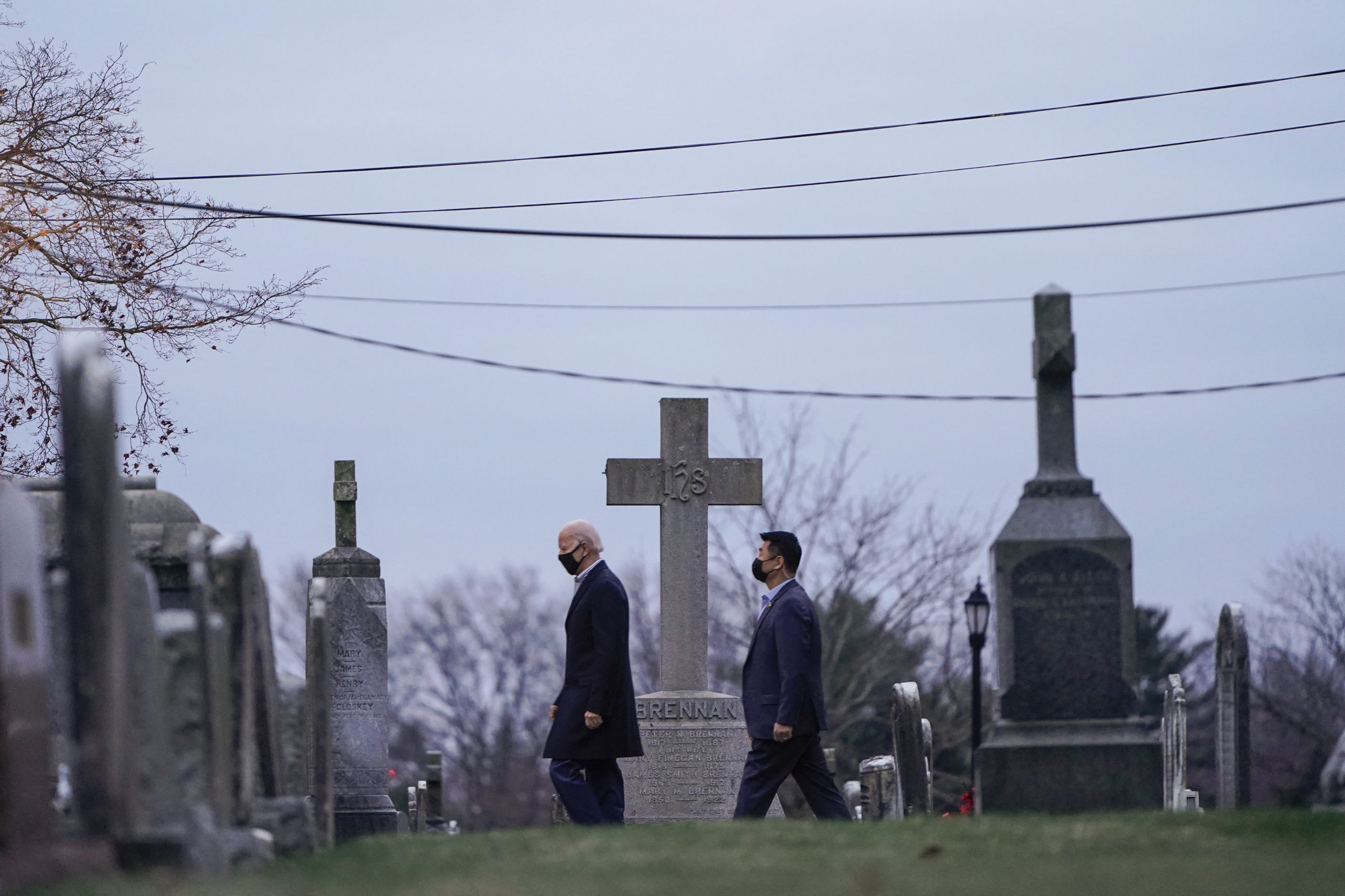 President Joe Biden is followed by a Secret Service agent as he departs Mass in Wilmington, Delaware in December. (Joshua Roberts/Getty Images)

The vote took place during the USCCB Spring General Assembly, which concluded Friday. While the USCCB has previously recommended that Catholics who knowingly reject church teaching shouldn’t receive Communion, it hasn’t drafted a statement on whether priests should actively deny Communion to individuals who reject teachings, according to The Pillar.

The Vatican sent a letter to the USCCB in May, urging caution on the topic of denying Communion to politicians, the National Catholic Reporter reported. In recent weeks, the Vatican has also privately warned the U.S. bishops against approving the measure, according to a New York Times report.

“What’s motivating us as bishops, as teachers, is the Eucharist,” Arlington, Virginia Bishop Michael Burbidge told reporters. “Cited throughout our discussions today were the grave concerns about the lack of belief in the real presence, the lack of people going to church, how we are going to get people back to church and that love for the Eucharist.”

“It’s not a political motivation, what’s motivating us is what’s at the heart of our teaching and faith,” he added.

A large majority of practicing U.S. Catholics believe that public officials like President Joe Biden who counter the church’s teaching on abortion and other key topics shouldn’t receive Communion while 83% believe such officials create confusion and disunity, a recent poll showed.