Background checks blocked almost double the number of sales in 2020 compared to the year before, with 42% of rejections due to felony convictions, according to FBI data obtained by the AP. The data also shows that the rate of barred would-be gun owners increased from 0.6% to 0.8% over the past two years.

The rate increase could be because a number of people buying guns for the first time did not realize they were unable to purchase a gun, Adam Winkler, a UCLA Law professor specializing in gun policy, told the AP. “Some may have a felony conviction on their record and not think about it,” he said.

State laws, like extreme-risk protection orders or red-flag laws, accounted for 16% of blocked sales, while an additional 12% had to do with domestic violence, according to Everytown for Gun Safety research obtained by the AP. (RELATED: Supreme Court Upholds Sanctity Of The Home, Rejects Expanded Police Power In Gun Seizure Case)

“There’s no question that background checks work, but the system is working overtime to prevent a record number of people with dangerous prohibitors from being able to buy firearms,” Sarah Burd-Sharps, Everytown’s director of research, said in a statement to the AP. “The loopholes in the law allow people to avoid the system, even if they just meet online or at a gun show for the first time.” 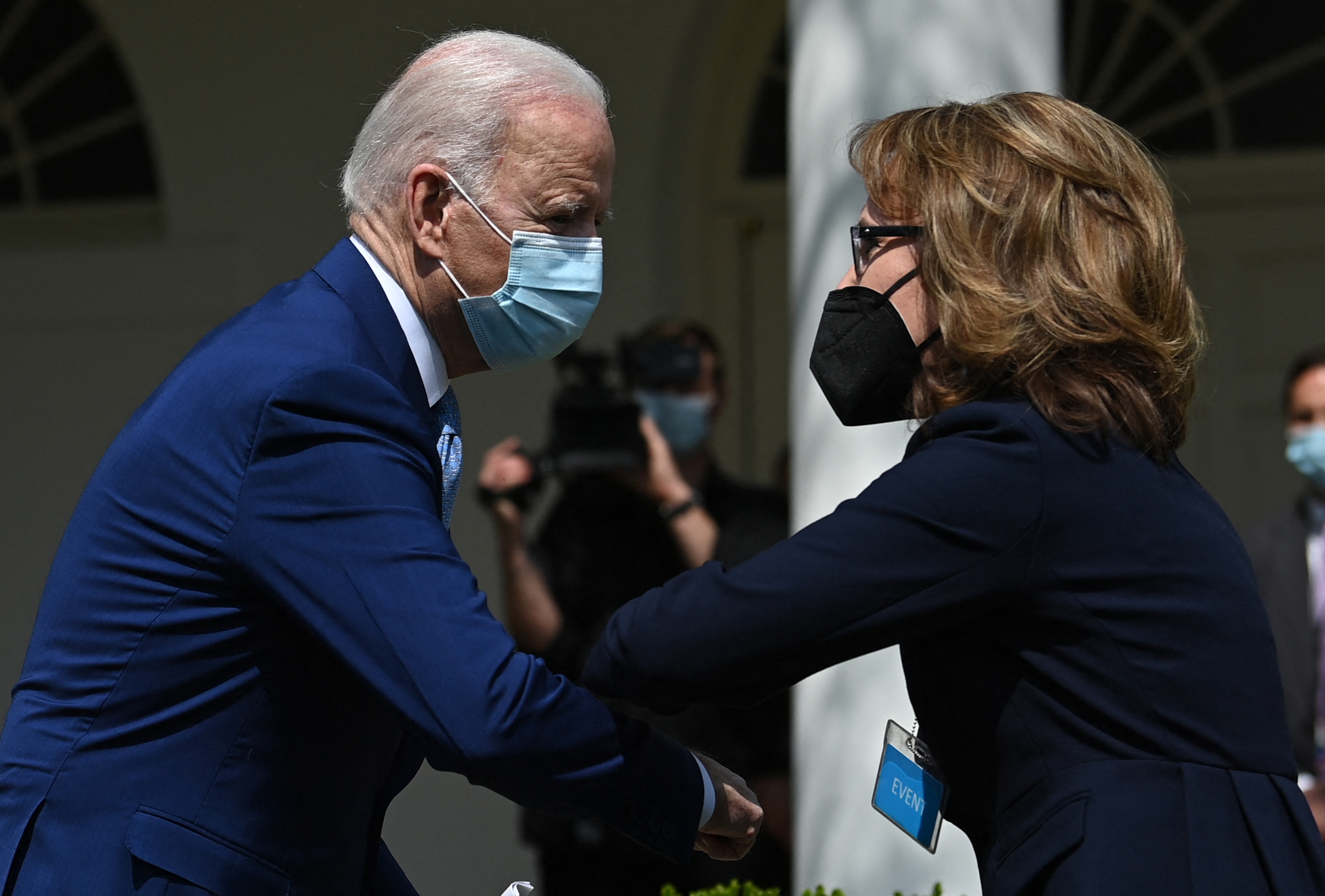 US President Joe Biden greets former US Representative Gabby Giffords after he spoke about gun violence prevention in the Rose Garden of the White House in Washington, DC (Photo by BRENDAN SMIALOWSKI/AFP via Getty Images)

Alan Gottlieb, founder of the group the Second Amendment Foundation, attributes the increase to states updating their records for restricted people, as well as false positives. “A day doesn’t go by that our office doesn’t get complaint calls from people who’ve been denied wrongly,” he told the AP.

Gun sales have been surging, with over 23 million guns purchased in 2020, a 65% increase from 2019, according to Small Arms Analytics. January 2021 experienced an 80% increase in background checks compared to the same month in 2020, according to The Washington Post.

A number of conservative-controlled states have signed legislation to drop permit rules requiring background checks and training to carry a handgun. Texas became the latest state to do so, with Republican Gov. Greg Abbott signing the law on June 17.