The Biden administration admitted it won’t reach its July 4 goal of vaccinating 70 percent of American adults with at least one dose of the COVID-19 vaccine at Tuesday’s White House COVID-19 press briefing.

“Today I want to drill down on the numbers that show where we have made the most progress and where we have more work to do,” said Jeffrey Zients, President Joe Biden’s COVID-19 response coordinator. “We set 70% of adults as our aspirational target and we have met or exceeded it for most of the adult population.” (RELATED: Biden To Mark Milestone of 300 Million Shots In 150 Days During Friday Remarks)

“The reality is many younger Americans have felt like COVID-19 is not something that impacts them and they’ve been less eager to get the shot,” Zients said. “However, with the delta variant now spreading across the country and infecting younger people worldwide, it’s more important than ever that they get vaccinated.”

He said the administration is working with state and local leaders to reach this portion of the population. They expect it will take a few extra weeks before 70% of all adults are inoculated with at least one shot.

Zients said the administration would meet Biden’s second July 4 goal of getting 160 million Americans fully vaccinated “no later than mid-July.” 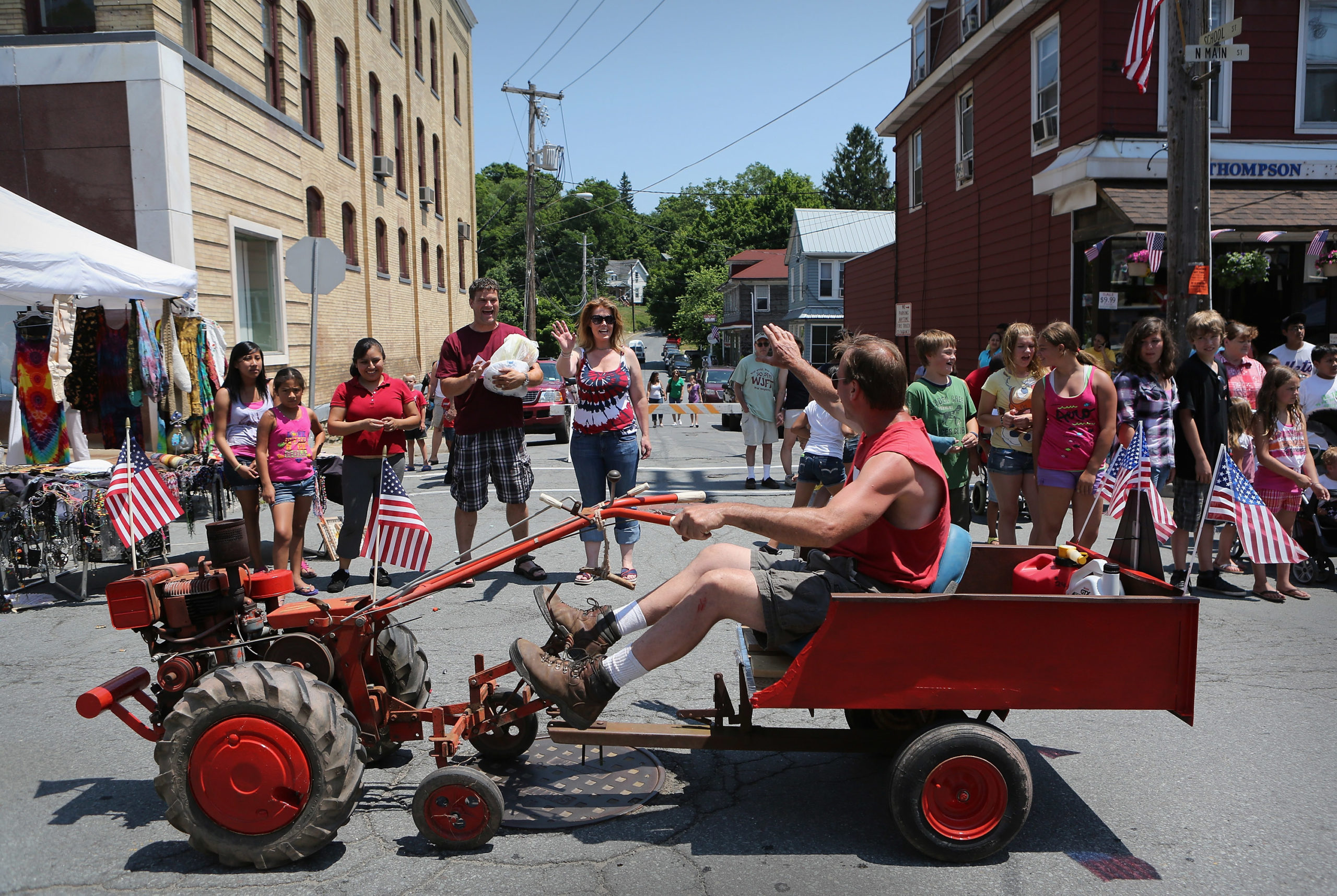 Residents watch a 4th of July parade during the Liberty Festival on July 4, 2012 in Liberty, New York. Communities around the country celebrated Independence Day with parades and shows of patriotism. (Photo by John Moore/Getty Images)

In regard to Biden’s original statement, Zients said it was an “audacious goal” at the time. The president told everyone that if they did their part, “by July the 4th, there’s a good chance you, your families and friends will be able to get together in your backyard or in your neighborhood and have a cookout and celebrate Independence Day.”

White House Press Secretary Jen Psaki commented at Tuesday’s daily briefing that the administration didn’t “see it exactly like something went wrong” in regard to not reaching the 70% goal. “But we also are honest about where we need to continue to redouble our efforts, and that’s among people who are 18 to 26.”

Zients said instead of a small gathering, Americans are getting ready for a historic Fourth of July with large celebrations planned across the U.S.

“At the White House we will be celebrating our independence from the virus with over a thousand people on the White House lawn,” Zients said. “A thousand of our nations military and front line workers celebrating how far we have come as a country in such a short period of time.”