More Japanese companies have decided to skip the Olympic opening ceremony Friday as concerns on whether to hold the Games grow amid a surge in coronavirus cases, Bloomberg reported.

Executives from Japanese companies Nippon Telegraph and Telephone Corp, Fujitsu Ltd and NEC Corp announced Tuesday they would skip the ceremony after officials made the decision to ban spectators, Bloomberg reported. 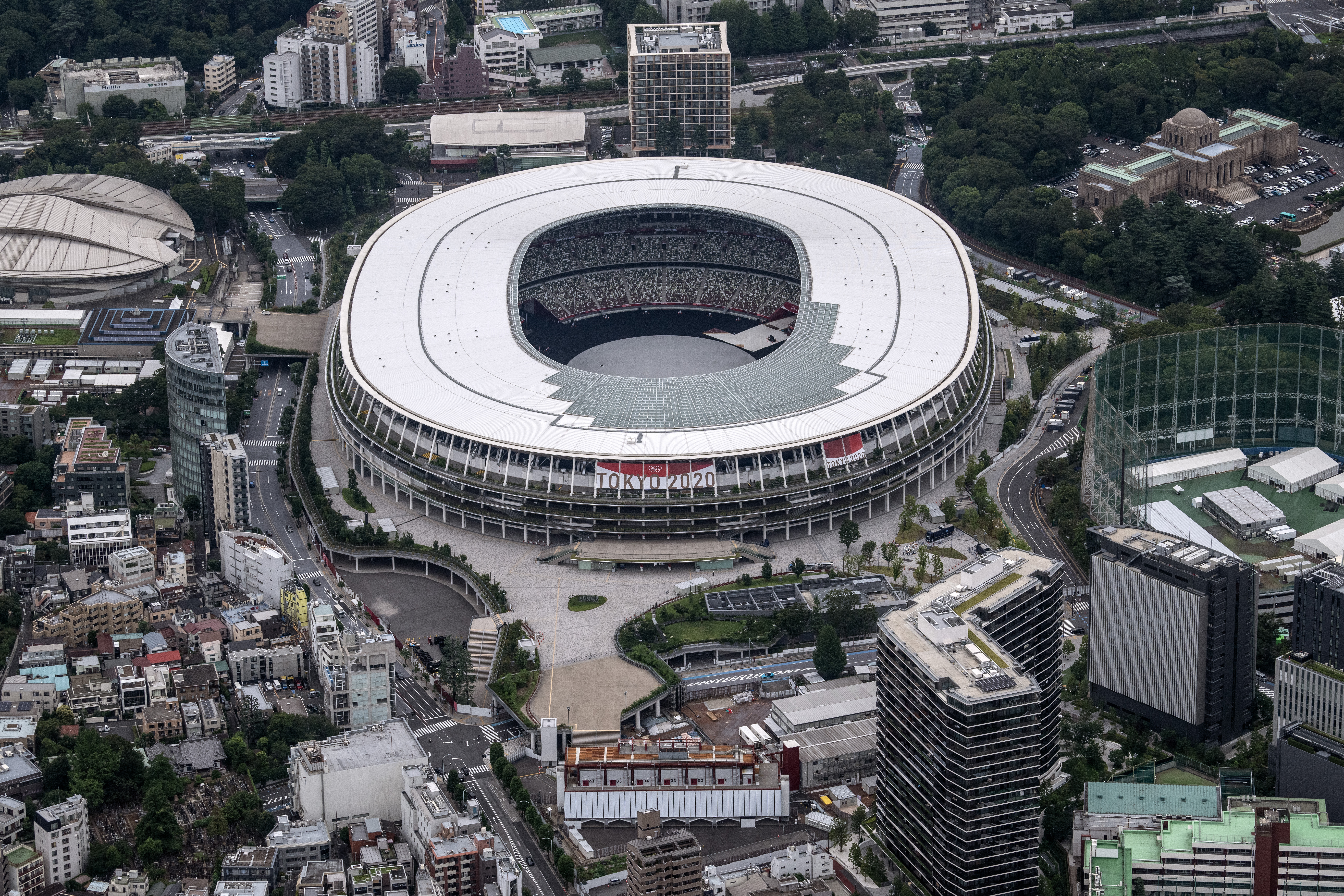 The Tokyo Olympic Stadium is pictured from a helicopter on June 26, 2021 in Tokyo, Japan. With less than one month to go before the start of the Tokyo Olympic Games, final preparations are being made to venues despite ongoing concern over the viability of holding the event during the global coronavirus pandemic. (Photo by Carl Court/Getty Images)

The announcement was made one day after Toyota Motor Corp. pulled all ads from Japanese TV, and said its President and Chief Operating Officer Akio Toyoda would not attend the opening ceremony, The New York Times reported.

“There are many issues with these games that are proving difficult to be understood,’ Toyota Chief Communications Officer Jun Nagata told reporters on Monday, according to the Associated Press.

Meiji Holdings Co. and Ashi Group Holdings Ltd. have already decided not to send top representatives to the opening ceremony, and executives from Nippon Life Insurance and Sumitomo Mitsui Financial Group have also announced their bosses will not attend, according to Bloomberg.

Tokyo has seen a spike in coronavirus cases and many visiting athletes continue to test positive, The NYT reported.(RELATED: Russian Government Reportedly Told Olympic Athletes How To Talk About BLM and Other ‘Provocative Topics’)

The Tokyo Olympics will be the first with no spectators, as Tokyo entered a state of emergency on July 12, the International Olympic Committee said in press release.

Japan has seen 844,386 coronavirus cases and 15,006 deaths and only about 22% of the population is vaccinated, according to Johns Hopkins University.