At least seven people died in a car crash with 20 vehicles during a sandstorm in Millard County, Utah, on Sunday, according to a news release.

Several people were critically injured and taken to area hospitals around 4:30 p.m., according to a Utah Department of Public Safety news release. The sandstorm was created due to strong winds in the region.

“We’re stunned and saddened by the horrific accidents in Millard County,” Republican Utah Gov. Spencer Cox said. “We fervently pray for the loved ones of those who perished and for those fighting for their lives.”

The interstate was closed in both directions after the crash, Fox 13 reported. (RELATED: Man Arrested For Complaining About The Weather) 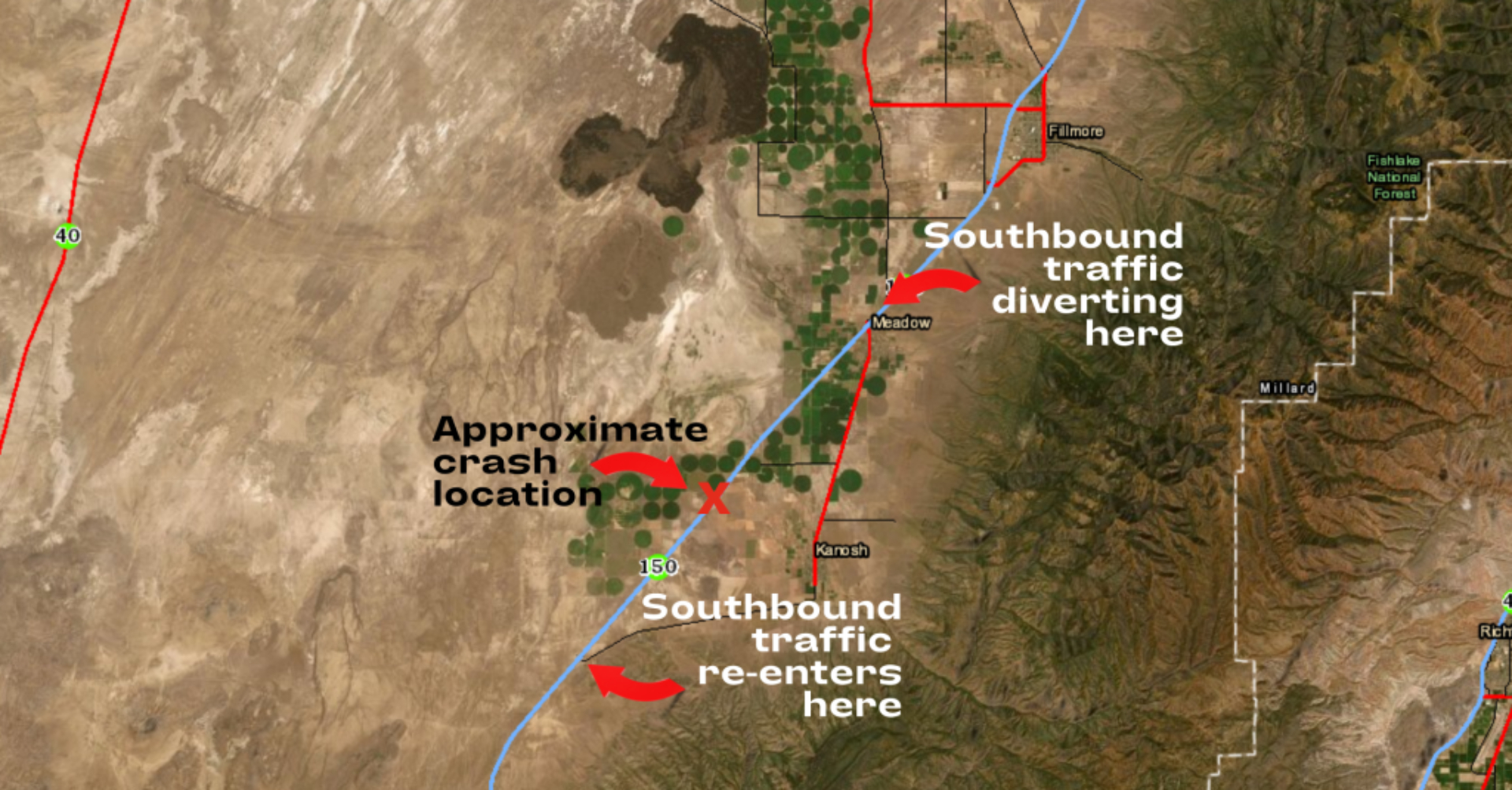 Picture of the crash. Screenshot/Utah’s Department of Public Safety

The victims’ names will not be public until at least 24 hours after their closest relatives have been notified.

“No one could see, so people started stopping, and then you just get a chain reaction,” said trooper Andrew Battenfield, a spokesman for the Highway Patrol, according to The New York Times. “Nobody could see, and then all of a sudden, you’re slamming into a car.”

Video from I-15 this afternoon, near where a 20+ vehicle pileup happened in Millard County, shows how hard it was to see during the dust storm that passed through the area.

UHP believes this is what ultimately caused the crash with at least 6 dead. https://t.co/G6cy1lHhUR pic.twitter.com/npSAzH4Y2n