Daniel Hale told the court he leaked the information to an investigative journalist out of guilt for participating in a program he believed indiscriminately killed Afghan civilians, the AP reported.

U.S. District Judge Liam O’Grady said the necessity of deterring others from leaking classified information justified the sentence. He also stated Hale had other options than to make the program public, the AP reported.

The prosecution in the case argued Hale understood the information “risked causing serious, and in some cases exceptionally grave, damage to the national security,” but leaked it anyway, the AP reported. (RELATED: US Drops Charges Against Researchers Accused Of Hiding Affiliation With Chinese Military) 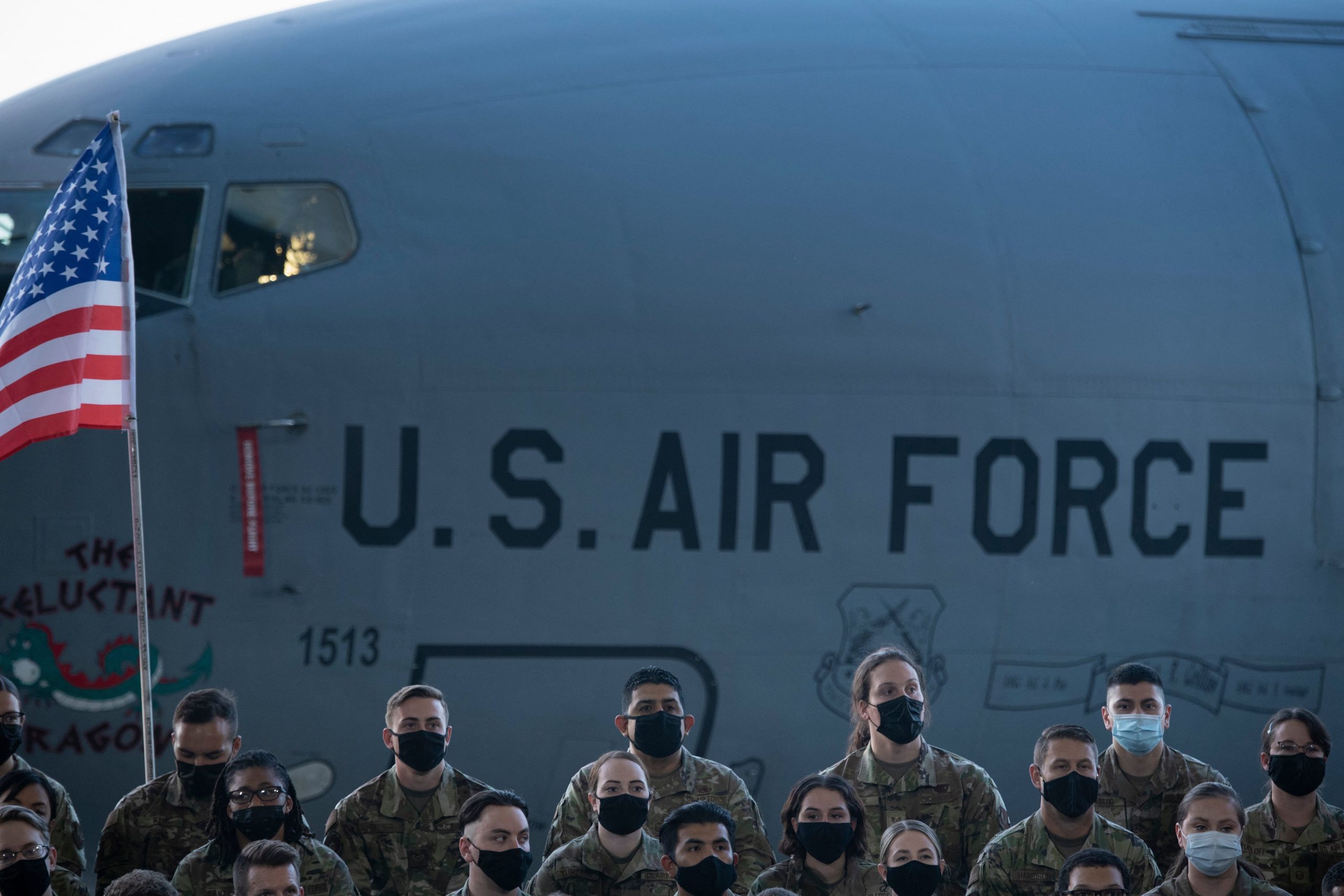 US Air Force personnel and their families stationed at Royal Air Force Mildenhall listen to US President Joe Biden’s address in Suffolk, England on June 9, 2021, ahead of the three-day G7 Summit. (BRENDAN SMIALOWSKI/AFP via Getty Images)

“(A)s a result of Hale’s actions, the most vicious terrorists in the world obtained documents classified by the United States as ‘Secret’ and ‘Top Secret’ — and thought that such documents were valuable enough to disseminate to their own followers in their own manuals,” the prosecutors wrote, according to the AP.

Hale served as a signals intelligence analyst after being deployed to Afghanistan in August 2012, locating targets for drone strikes and tracking down the cell phone signals of those thought to be associated with the enemy, the AP reported. He was honorably discharged after a year of service.

After watching videos of Afghan civilians his work had helped track down being killed, he shared documents with a reporter he had met that showed the drone strikes were not as precise as the U.S. government said they were, the AP reported.

“He committed the offense to bring attention to what he believed to be immoral government conduct committed under the cloak of secrecy and contrary to public statements of then-President Obama regarding the alleged precision of the United States military’s drone program,” his lawyers argued in court papers, the AP reported.

“Not a day goes by that I don’t question the justification for my actions,” Hale wrote in an 11-page handwritten letter from prison, the AP reported.