The U.S. government’s inconsistent public messaging on the coronavirus came to a crescendo this week as the Centers for Disease Control and Prevention (CDC) abruptly reversed course on the use of masks by vaccinated people. The sudden backtracking follows a pattern of misleading and incoherent government health guidance that has led to a general erosion of trust in the CDC. Trust is, of course, paramount in a free country when trying to help the public make decisions about health matters. Our government does not seem to understand this simple concept.

Faced with a once-in-a-lifetime global pandemic that caused millions of deaths and massive economic loss worldwide, the U.S. government performed amazingly well in some areas. Operation Warp Speed will be studied for generations as a model for quick mobilization and deployment of emergency vaccines. It worked: The vaccines developed with massive taxpayer funding are amazingly effective and have essentially ended the pandemic for Americans willing to take them. 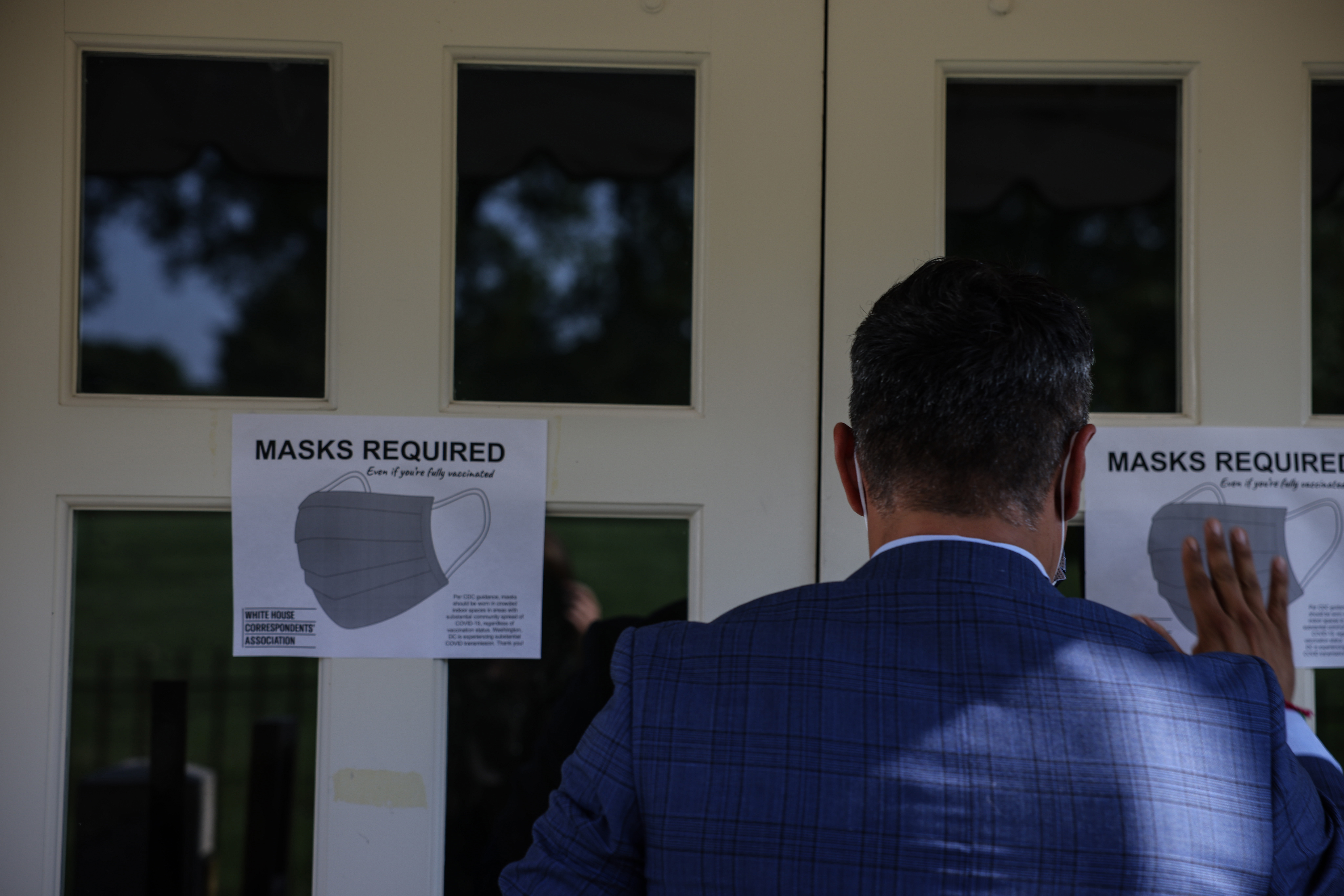 But due to a lack of trust in national institutions, many Americans don’t want to take the vaccines. According to a new Ipsos poll for the online news site Axios, the three largest groups who are unlikely to get vaccinated are white Republicans mostly in the South, Black Americans and Hispanic Americans. Axios found some similarities among these groups: “They’re most likely to say they don’t consume traditional mainstream news, and they’re most likely to distrust authority figures or institutions.”

When you lose someone’s trust, consistency is paramount to building it back. Here, the key is not to belittle those who don’t want to take the vaccine but to explain carefully and rationally why the vaccine works and why the risks associated with it are minimal. There’s a strong case to make.

The CDC’s recent flip-flop, on the other hand, is just going to further erode people’s confidence in the vaccines and thereby extend the virus’s effective life. You can’t argue that the vaccine is safe and will enable resumption of normal life, as the government has been, and at the same time tell people they still must continue wearing masks post-vaccination. The two are contradictory and self-defeating.

The reality is that the government’s health guidance from the beginning has been as much about psychological gamesmanship as it has been about public health. This started from the very beginning of the pandemic when the then-surgeon general tweeted on Feb. 29: “Seriously people — STOP BUYING MASKS! They are NOT effective in preventing general public from catching #Coronavirus.”

Dr. Anthony Fauci and other officials made the same point. They followed that up months later by not just recommending masks but mandating them. We know now that the initial anti-mask argument was designed to save masks for the public health professionals who needed them most. You wonder if they ever considered just saying that. If they understood the importance of trust, they certainly should have. (RELATED: ‘Fauci Lied’: NYT Op-Ed Rebukes Fauci For COVID Misinformation) 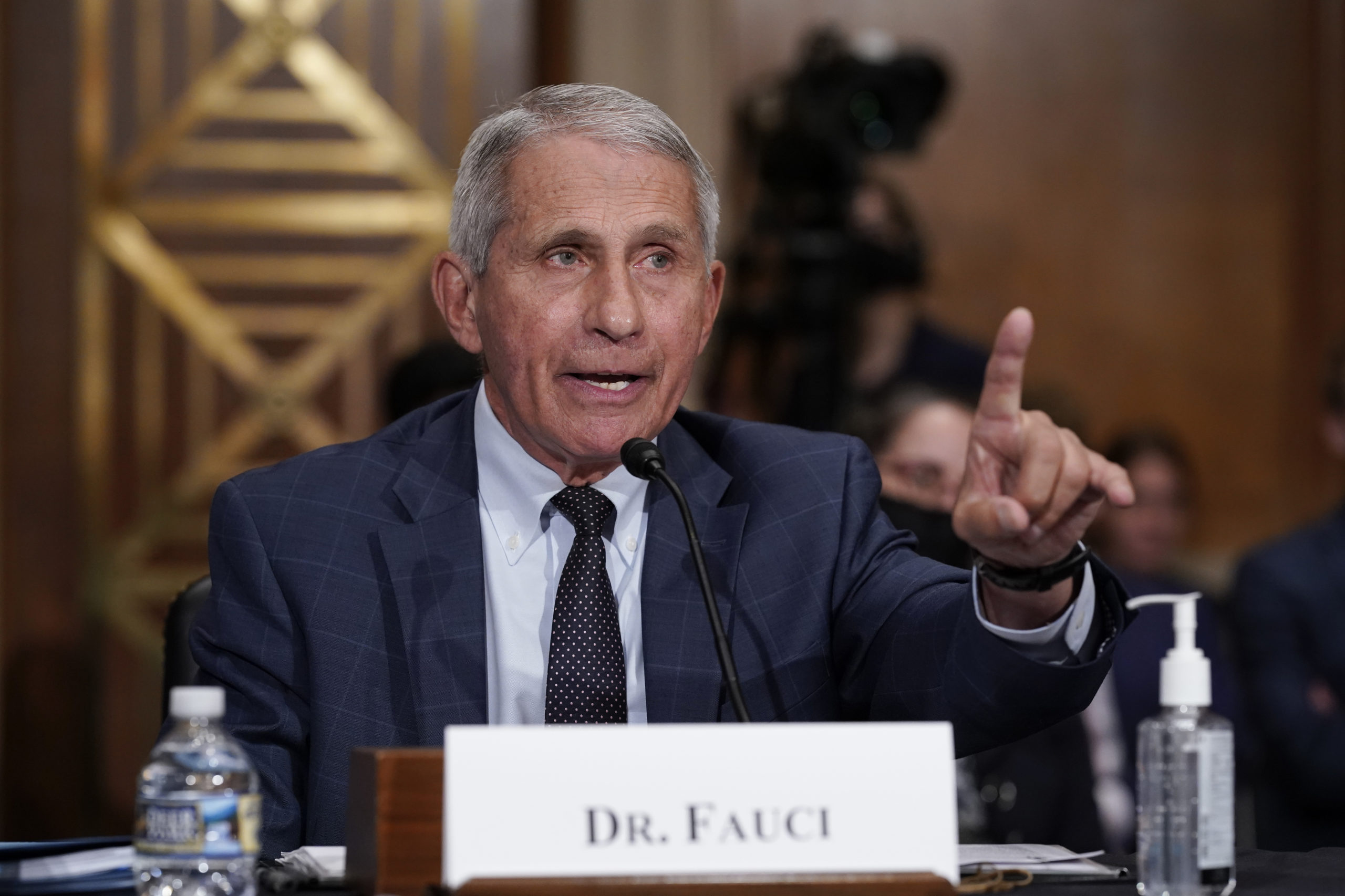 WASHINGTON, DC – JULY 20: Top infectious disease expert Dr. Anthony Fauci responds to accusations by Sen. Rand Paul, R-Ky., as he testifies before the Senate Health, Education, Labor, and Pensions Committee, July 20, 2021 on Capitol Hill in Washington, DC. Cases of COVID-19 have tripled over the past three weeks, and hospitalizations and deaths are rising among unvaccinated people. (Photo by J. Scott Applewhite-Pool/Getty Images)

The second area of government psychological gamesmanship was herd immunity, or the point at which enough people would be vaccinated to essentially snuff out the virus. Fauci initially said the U.S. would need 60-70% of people to be vaccinated in order to reach herd immunity, according to The New York Times. He later cited higher numbers of 75-80% or more in a CNBC interview in December. The Times asked him why he had been “moving the goal posts.” Fauci revealed then that the true number may be close to 90% and that he wanted to keep his public estimates low because so many Americans were skeptical about the vaccine. As more people became comfortable with getting a vaccine, he was more willing to increase his estimate to the true projections, according to the Times. (RELATED: HHS Sends Heavily Redacted Fauci Emails After FOIA Lawsuit)

There are numerous other examples of the government not being straight with the American people on COVID-19. No. 1: Outdoor transmission of the virus is extremely rare, yet government guidance suggested, and many communities required, masking — even outside; No. 2: The risks from the virus for the young and healthy are extremely low, yet the government allowed schools all over the country to close, ostensibly to protect students; No. 3: Bans on travel and dining were flouted by the very same elected leaders pushing them. The list goes on.

The result of this gamesmanship is a reduction of national trust. The groups with the lowest trust levels are the hardest to win back. Studying all the mistruths leveled to date, it’s hard not to wonder if the newest mask mandate isn’t some misguided attempt to encourage vaccinated Americans to pressure the unvaccinated. The reason vaccinated people must wear masks again, according to the CDC, is essentially to protect those without vaccines from the new delta variant. But the evidence that vaccinated people are at risk is razor-thin. The CDC, in support of its new guidance, cited a study from India that concluded vaccinated people could potentially transmit the delta variant. The Indian study, however, involved a vaccine not even approved in the United States. (RELATED: KLEIN: Fauci Has Lost All Public Credibility)

We have never had absolute safety as a public policy goal. Without risk, our society could not function. We wouldn’t be able to drive. We would forgo most medical procedures. We would essentially never leave home. Risk-free makes no sense as a goal. The reality is those who have been vaccinated are very safe from COVID-19. Deaths from COVID-19 have plummeted, and nearly all are among those not vaccinated and in higher-risk groups. The obvious answer is to steadfastly educate those who haven’t taken the vaccine, not force the entire country back into unreasonable restrictions.