President Joe Biden has presided over a record-breaking border crisis almost since entering office. Rather than take direct action to stymie the flow, his administration seems focused on playing language games with immigration judges.

This newest policy appears to be an extension of Biden’s broader peel-back of border enforcement, which ended a number of policies put in place by former President Donald Trump’s administration. This despite the fact that border apprehensions of migrants remain at historic highs, according to Customs and Border Patrol data. 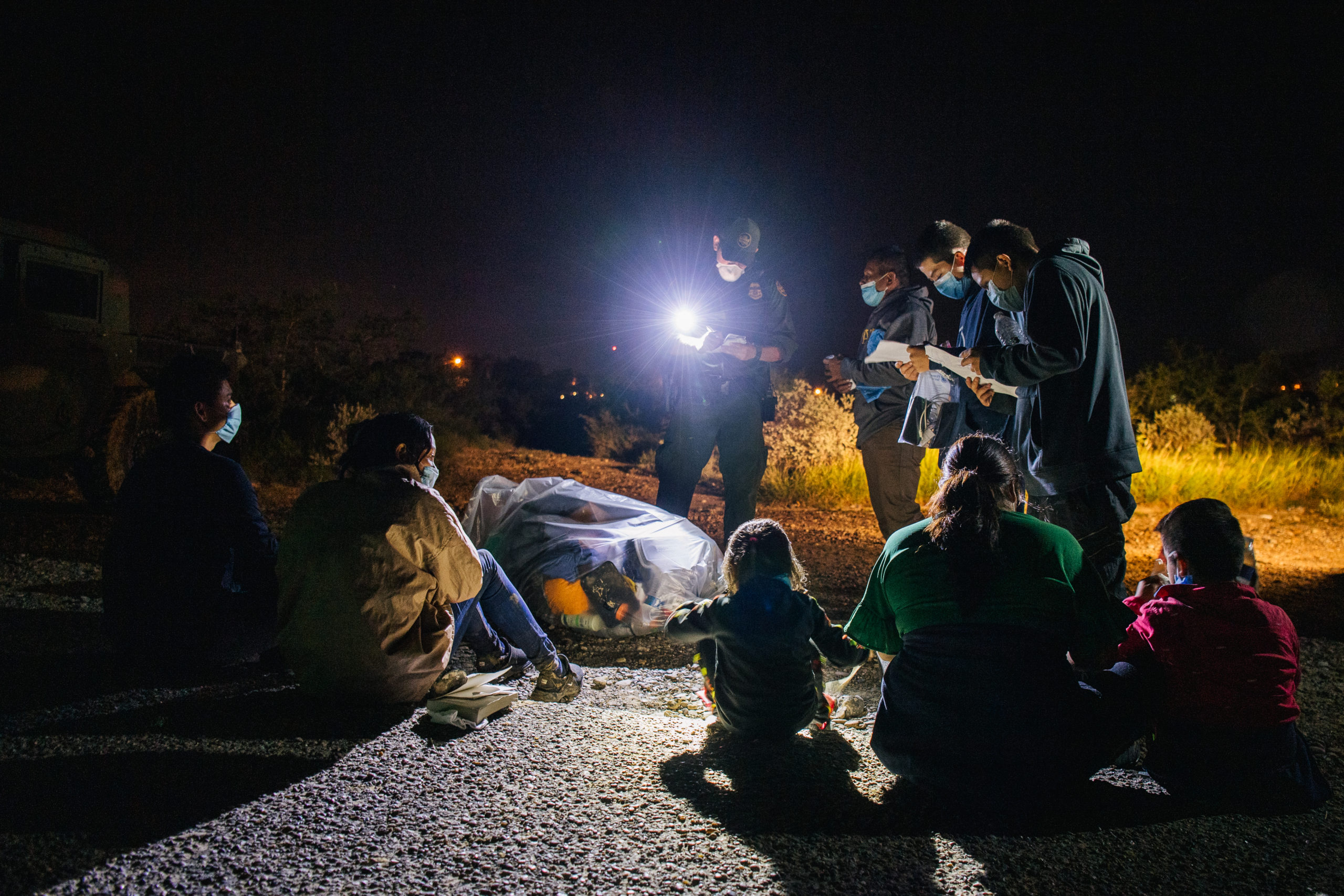 ROMA, TEXAS – JULY 01: Migrants are accounted for and processed by border patrol after crossing the Rio Grande into the United States on July 01, 2021 in Roma, Texas. Recently, Texas Gov. Greg Abbott has pledged to build a state-funded border wall as a surge of mostly Central American immigrants crossing into the United States continues to challenge U.S. immigration agencies. So far in 2021, the border patrol has apprehended more than 900,000 immigrants crossing into the U.S. from Mexico. (Photo by Brandon Bell/Getty Images)

Senior DOJ official Jean King sent a memo July 23 to the nation’s 539 federal immigration judges, asking them to “use language that is consistent with our character as a nation of opportunity and of welcome” regardless of whether or not the migrant broke the laws of the United States while entering the country, the Washington Free Beacon reported. In pursuit of making illegal migrants feel “welcome,” the July 23 memo explicitly forbade employees in the Executive Office for Immigration Review from employing the terms “‘alien’ or ‘illegal alien’ to describe migrants,” according to the Beacon.

The number of illegal aliens in immigration court who have been allowed to remain in the U.S. has increased by 113 percent since fiscal year 2020, due to Biden directives to immigration judges. https://t.co/nB066MWlmv via @BreitbartNews

Instead, King and the top brass at the DOJ suggested that the literal gatekeepers of the American homeland use “respondent, applicant, petitioner, beneficiary, migrant, noncitizen, or non-U.S. citizen,” rather than the allegedly pejorative term “alien,” the Washington Free Beacon noted. The memo also reportedly suggested that using terms such as “undocumented noncitizen, undocumented non-U.S. citizen, or undocumented individual” is prudent when dealing with cases where individuals involved could be considered or labeled “undocumented alien[s]” or “illegal alien[s].” (RELATED: Biden Scrapped These Major Trump Border Policies Before The Crisis Started)

The Biden administration has directed several other federal offices to scratch the terms “alien” and “illegal immigrant” from their official lexicons, according to the Washington Free Beacon.

However, King’s memo did leave a carve out for judges if they are “quoting a statute, regulation, legal opinion, court order, or settlement agreement.” That’s lucky for the judges, since a bevy of laws passed by the federal government and signed into law by both Democratic and Republican presidents use the term.

The Immigration and Nationality Act of 1965, signed into law by former President Lyndon B. Johnson, says an “alien” is simply “any person not a citizen or national of the United States,” and the word appears more than 50 times. Former President Ronald Reagan’s Immigration Reform and Control Act of 1986 uses the term nearly 500 times. The Illegal Immigration Reform and Immigrant Responsibility Act of 1996, signed into law by former President Bill Clinton, mentions the word alien over 1,000 times in its 252 pages of text. So too, do a number of other sections of U.S. code.

Instead of using the legal terminology, Biden’s DOJ seems to be taking its cues from corporate media. King’s memo cites The Associated Press’ decision to stop using the term “illegal immigrant” in their reporting in 2013, as members of the American left started thinking the term was a pejorative.

Stifling the word has two primary effects. The first, mostly just a matter of immediate politics, is downplaying the current crisis at the southern border. The second, more profound reason is that by restricting the language immigration enforcement officials can use while discussing immigration policy, the left can reframe these issues in a manner that favors pro-immigration sentiments.

NEW: All morning long we’ve watched Border Patrol drop off multiple bus loads of migrants at a Catholic charity in downtown McAllen, where they are given food & shelter before they take buses and flights across the United States. Buses arriving every 30 minutes so far. @FoxNews pic.twitter.com/Yon4rpN3VZ

By making the term “illegal alien” or “alien” more generally into a pejorative, Biden and his allies can undermine immigration hawks who continue to employ the term as the criticize the president’s immigration regime.

Critics are no longer merely in political opposition to Biden’s policies that have led to massive increases of border crossings:  They’re unwelcoming towards immigrants, or worse, “racists.”