The budget would allocate record amounts of money to fighting climate change and expanding health care, child care and more. Its framework was adopted by the Senate early Wednesday, with every Republican voting against it.

Fifty-six percent of Americans said they supported the budget, the poll showed, compared to 38% who said they opposed it. The budget contains many policy goals outlined in President Joe Biden’s agenda, including raising taxes on corporations and the wealthy and adopting paid family leave.

While the budget has the support of 88% of Democrats and 60% of Independents, it is opposed by 70% of Republicans. Sixty-four percent of Americans earning less than $50,000 back it, while 56% of suburban residents said the same, mirroring Americans’ support overall.

The budget’s support is slightly less than that for the bipartisan infrastructure bill which passed the Senate Tuesday. Sixty-two percent of Americans said they supported that package, which would put $1.2 trillion towards improving roads, bridges, ports, drinking water pipes and broadband, according to the poll. (RELATED: Senate Adopts Budget Framework On Party-Line Vote After 14-Hour Vote-A-Rama) 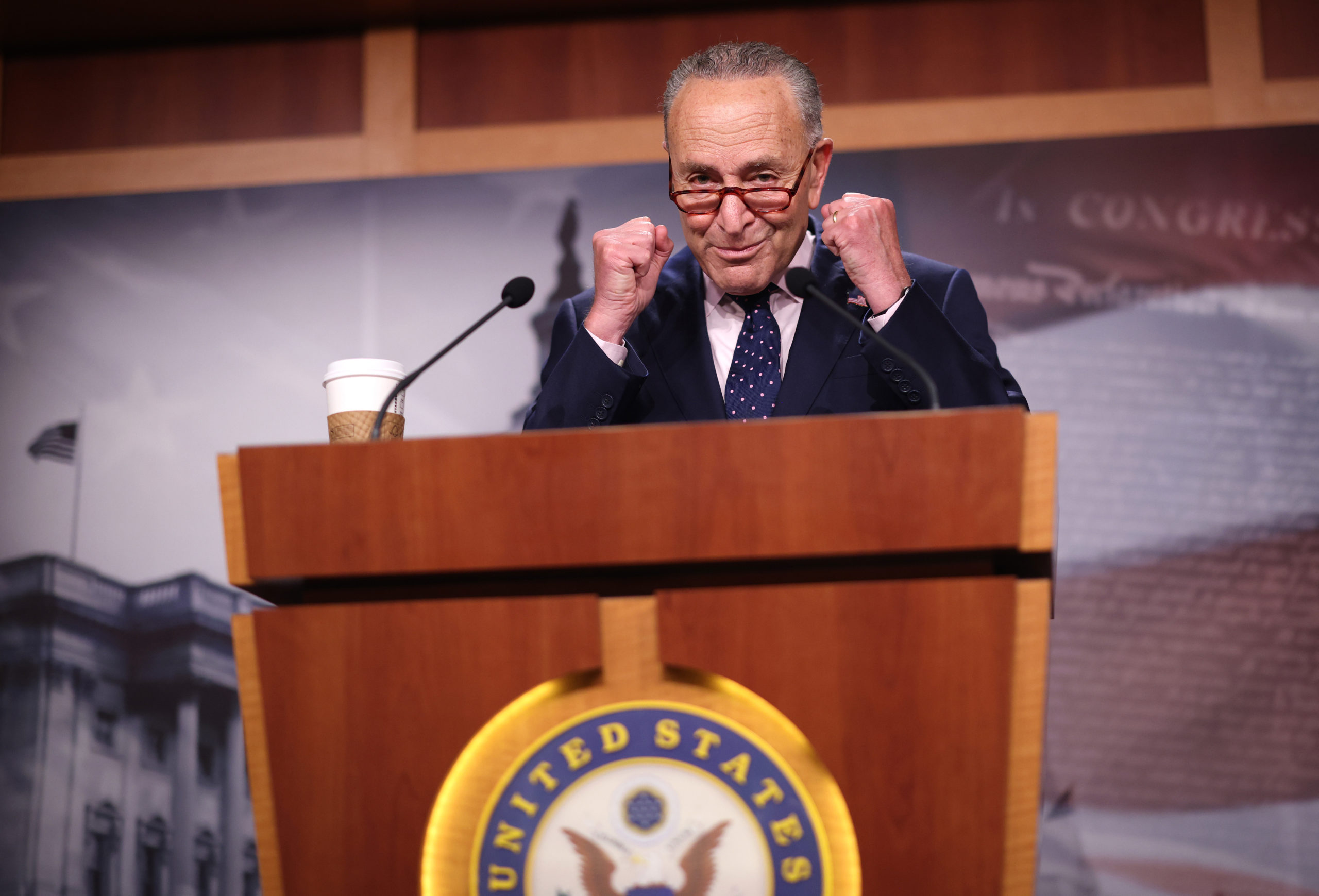 The budget is currently awaiting approval by the House of Representatives, which is on recess until Aug. 23. While Democrats have championed it as necessary given the multiple challenges Americans are facing, Republicans throughout Congress have decried it as a permanent expansion of federal government.

“We’re going to have one hell of a fight,” South Carolina Republican Sen. Lindsey Graham, the top Republican on the Senate Budget Committee, said Tuesday on the Senate floor, right before senators embarked on a nearly 15-hour “vote-a-rama.” “America is worth fighting for, and America as we know it is at risk in this budget resolution.”

Though the budget is exempt from a Senate filibuster, giving Democrats enough votes to pass it over Republican objections, some moderates have come out against the $3.5 trillion figure, meaning that it will likely be pared back as Senate committees write the actual bill. (RELATED: Americans Overwhelmingly Want Roads, Bridges And Other Physical Infrastructure. They’re Mixed On Other Provisions)

“Adding trillions of dollars more to nearly $29 trillion of national debt, without any consideration of the negative effects on our children and grandchildren, is one of those decisions that has become far too easy in Washington,” West Virginia Democratic Sen. Joe Manchin said Wednesday. “It is simply irresponsible to continue spending at levels more suited to respond to a Great Depression or Great Recession — not an economy that is on the verge of overheating.”

His comments mirrored that of Arizona Democratic Sen. Kyrsten Sinema, who flatly said she would oppose a $3.5 trillion budget.

“I do not support a bill that costs $3.5 trillion—and in the coming months, I will work in good faith to develop this legislation with my colleagues and the administration to strengthen Arizona’s economy and help Arizona’s everyday families get ahead,” she said.

The poll was conducted between Aug. 7-10 with a sample of 1,002 registered voters, and has a three-point margin of error.