The budget passed on a 50-49 party-line vote, just a day after Vermont Independent Sen. Bernie Sanders, the Budget Committee chairman, unveiled it on the Senate floor. Democrats voted to begin debate on the framework earlier Tuesday, immediately after they and 19 Republicans passed a $1.2 trillion infrastructure package.

Following the vote to begin debate, the Senate began a so-called vote-a-rama, where senators had the opportunity to offer as many amendments to the framework as they wanted. While non-binding, the scores of consecutive votes were at times politically tricky for some, and went from about 1:45 p.m. Tuesday to just before 4 a.m. Wednesday.

“We’re going to have one hell of a fight,” South Carolina Republican Sen. Lindsey Graham, the top Republican on the Senate Budget Committee, said Tuesday on the Senate floor. “I don’t know how long we’re going to be here, but as long as it takes. America is worth fighting for, and America as we know it is at risk in this budget resolution.”

Sanders said that the amendment had “nothing to do with the Green New Deal!” and that he had “no problem” with its adoption. It was approved 99-0. (RELATED: Sanders Introduces $3.5T Budget Resolution, Dems Preparing For Party-Line Vote) 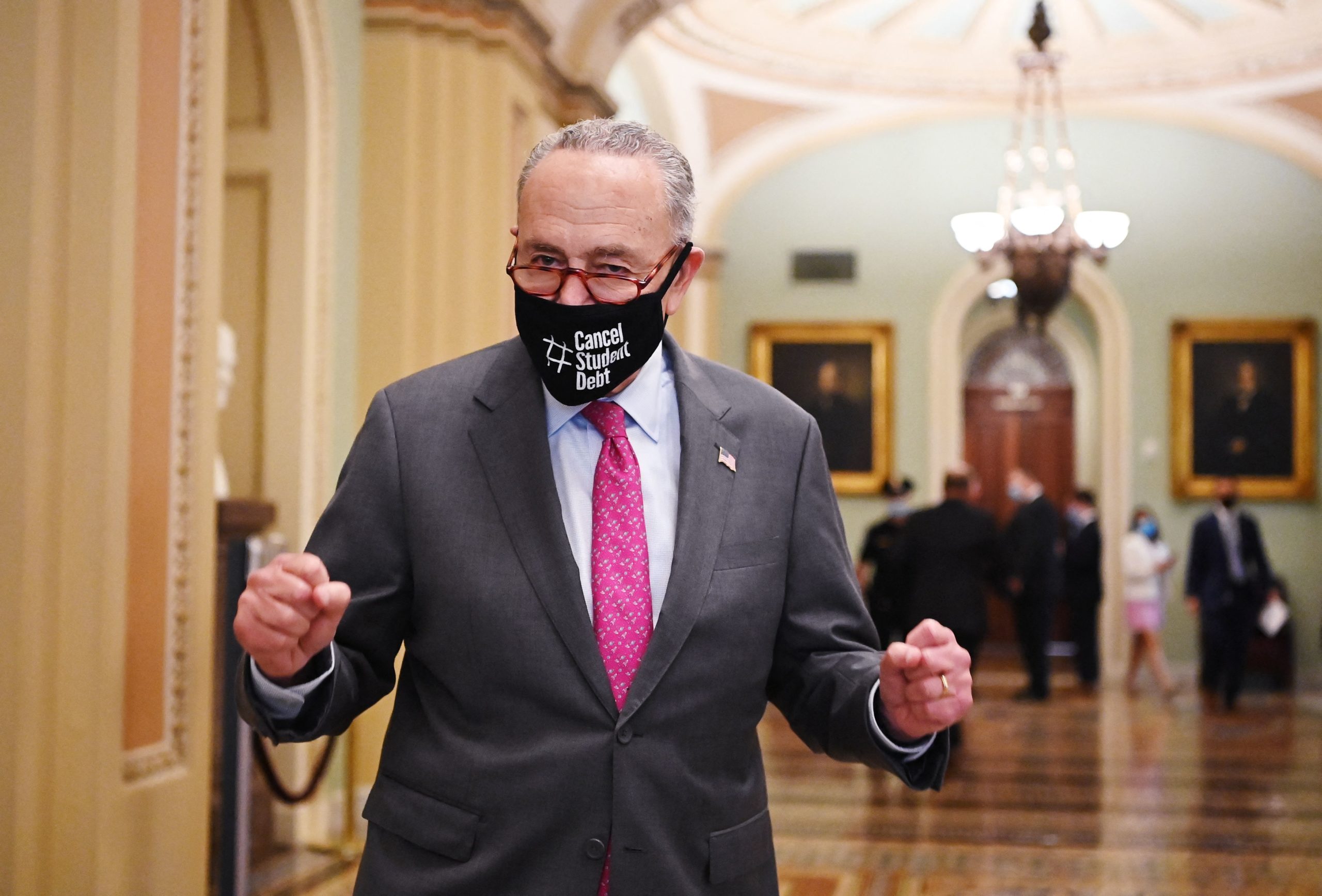 One amendment proposed by Florida Republican Sen. Marco Rubio would create a reserve fund within the National Telecommunications and Information Administration to ensure that Cubans’ internet access remain uncontrolled by the Cuban regime. It passed on a voice vote.

Just Sanders and Republican Sens. Mike Lee of Utah and Pat Toomey of Pennsylvania voted against it. (RELATED: Americans Overwhelmingly Want Roads, Bridges And Other Physical Infrastructure. They’re Mixed On Other Provisions) 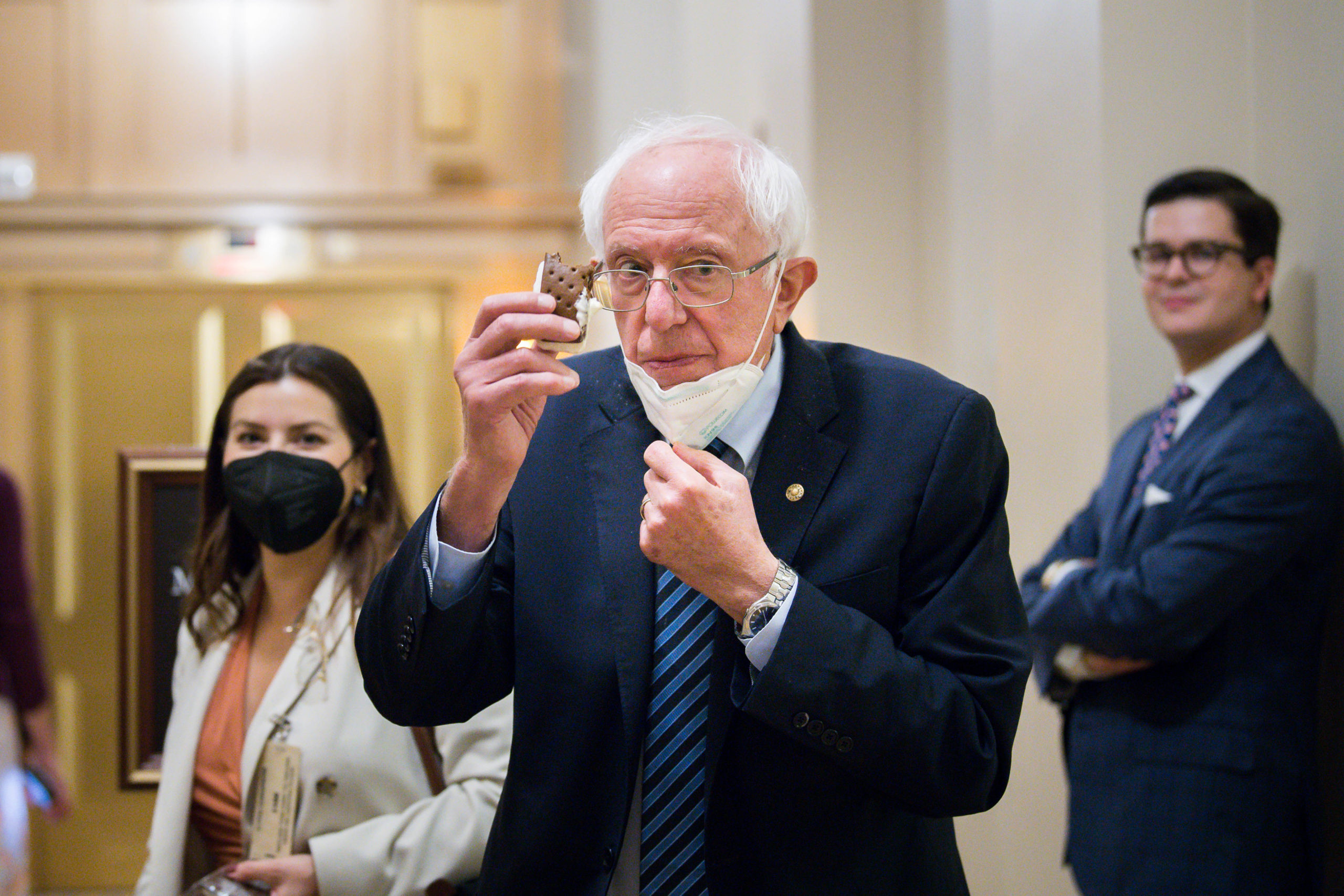 Once the budget is adopted by the House, which is out of session until Aug. 23, Democrats can then attempt to pass their plan using budget reconciliation. The framework will go to the Senate committees responsible for writing their respective provisions, with the goal that they submit their proposed legislation by Sept. 15.

While the rule allows Democrats to skirt a Senate filibuster and pass it on a simple majority vote, the items included must directly relate to the budget. As a result, some of the items, like a proposed pathway to citizenship for immigrants in the country unlawfully, will likely be challenged by Republicans leaving their fate to Senate parliamentarian Elizabeth MacDonough.

The framework calls for expansive measures to fight climate change, like generating 80% of the country’s energy by sustainable means by 2030, to establish universal pre-K for 3 and 4-year-olds and to reduce the price of prescription drugs. It also calls for adding dental, vision and hearing coverage under Medicare, provisions led by Sanders that Senate Majority Leader Chuck Schumer endorsed in June.

Though the budget’s price tag now stands at $3.5 trillion, that number is not guaranteed to make it into the reconciliation plan. Several moderate Democrats, including Arizona Democratic Sen. Kyrsten Sinema, a lead negotiator for the bipartisan bill, have objected to the total, potentially jeopardizing the bill given the Senate’s 50-50 split.

In the House, however, some progressives have conditioned their support for the bipartisan bill on the Senate passing the reconciliation package, giving Democratic leadership little room for negotiation. In an attempt to hold her caucus together, House Speaker Nancy Pelosi has said that she will not bring the bipartisan bill up for a vote until the Senate passes the reconciliation package, despite moderates in both chambers urging her to do so.