An Afghanistan woman was allegedly shot and killed Tuesday by the Taliban for not wearing a burqa, according to Fox News.

A graphic photo exclusively obtained by Fox News reportedly shows a woman lying in a pool of blood in the Taloqan district as her parents and other individuals huddle around her. The woman was allegedly killed because she left her house without a burqa, Fox News reported. The Taliban allegedly continues to patrol Kabul, searching for activists and government workers, while gunshots have reportedly been heard as the fighters make their way through the capital, according to Fox News.

Taliban Commander Assad Massoud Khistani recently told CNN’s Chief International Correspondent Clarissa Ward that women should not be fearful of the Taliban but must cover up. Ward, who was wearing an abaya that covers everything but the face, hands and feet, was told she was not dressed conservatively enough. Khistani said women would have to wear a niqab, which is a veil for the face that only allows the eyes to be visible, as previously reported. (RELATED: FLASHBACK: Taliban Laughs When Reporter Asks If They Would Support Democratically Elected Women) 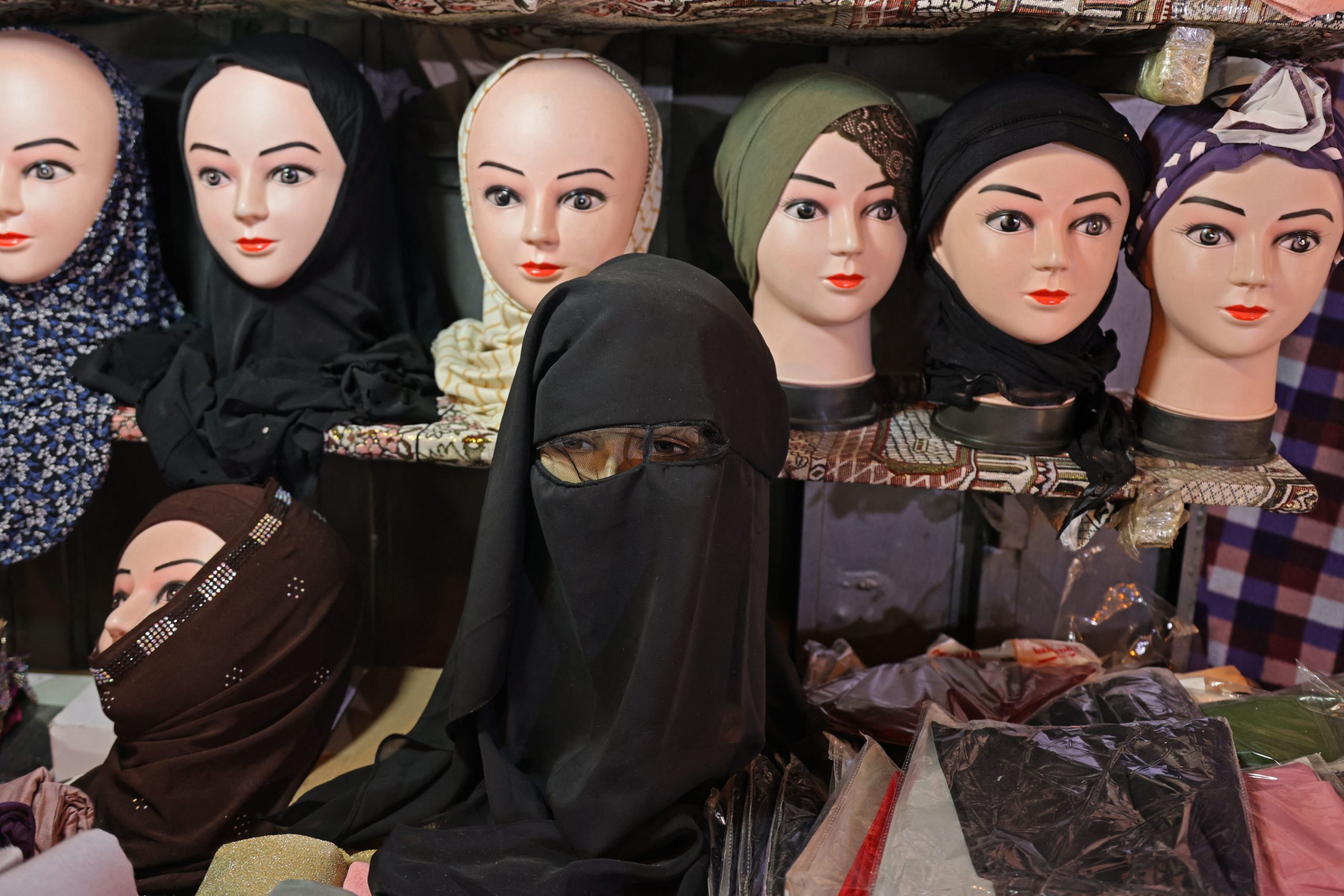 A picture taken at a shop in Jerusalem’s Old City on May 14, 2021, shows Muslim headdresses, including a nikab full face cover. (AHMAD GHARABLI/AFP via Getty Images)

The Taliban, however, has attempted to paint themselves as pro-women’s rights in recent days, encouraging women to join the government. Taliban spokesman Zabihullah Mujahid said Tuesday that women’s rights would be honored within the confines of sharia law, according to Fox News. Taliban cultural commission member Enamullah Samangani also said the new government will “provide women with [the] environment to work and study.”

“The Islamic Emirate of Afghanistan is ready to provide women with [the] environment to work and study, and the presence of women in different (government) structures according to Islamic law and in accordance with our cultural values,” Samangani said Tuesday.

The Taliban has reportedly prevented Afghans from reaching the Kabul airport, setting up security checkpoints, turning away most people and allegedly beating some individuals trying to enter the airport, according to NBC News.