The House is cutting its August recess short and returning to Washington Monday to try and advance Democrats’ $3.5 trillion budget, while internal divisions over its size could potentially tank the bill.

Democrats plan to vote Monday evening on a combined rule that would simultaneously advance the budget, the bipartisan infrastructure bill and their voting bill named for the late Georgia Rep. John Lewis, the iconic civil rights leader. But moderates and progressives in the House have fractured over whether the budget or infrastructure bill should be addressed first, putting both in jeopardy given Democrats’ extremely slim majority.

Nine moderate Democrats again vowed to block the budget’s passage if the infrastructure bill was not voted on first, urging their colleagues to “take the win” and not hold the bipartisan package “hostage.” Progressives, however, have said they will not vote for the infrastructure bill unless the budget is passed first, and House Speaker Nancy Pelosi has said that she will hold a vote on the budget first in an attempt to retain their support.

“In support of President Biden’s vision to Build Back Better, we must move quickly to pass the budget resolution this week,” Pelosi said in a Dear Colleague letter Saturday. “It is essential that our Caucus proceeds unified in our determination to deliver once-in-a-century progress for the children.”

“Any delay to passing the budget resolution threatens the timetable for delivering the historic progress and the transformative vision that Democrats share,” she added. 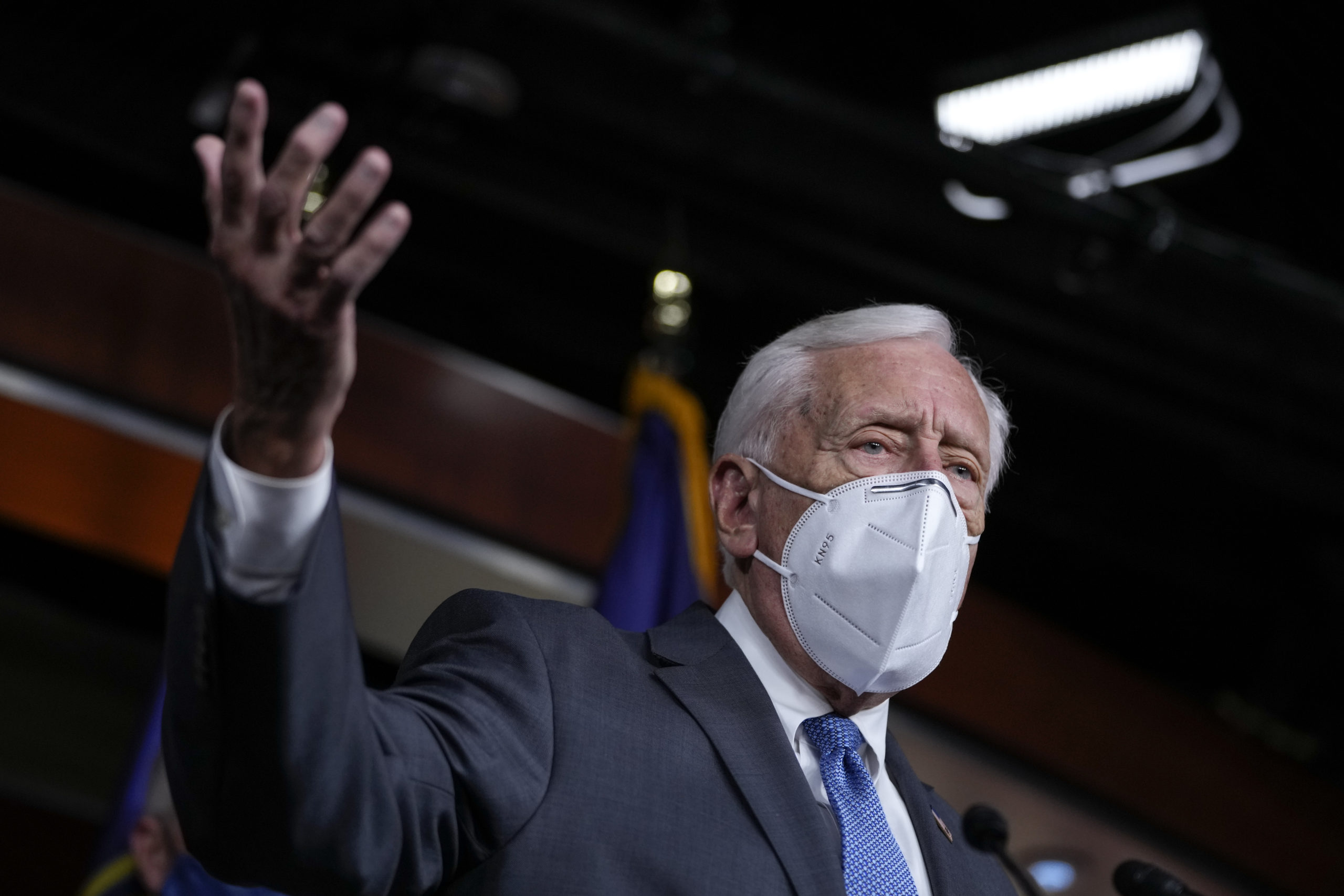 House Majority Leader Steny Hoyer has indicated that a vote to pass the budget could come as soon as Tuesday. (Drew Angerer/Getty Images)

The moderates, however, have remained defiant, putting the blame on progressives who instantly said they would oppose the infrastructure bill without a vote first on the $3.5 trillion spending bill.

“The challenge we face right now is that there is a standoff with some of our colleagues who have decided to hold the infrastructure bill hostage for months, or kill it altogether, if they don’t get what they want in the next bill — a largely undefined $3.5 trillion reconciliation package,” they wrote. (RELATED: Pelosi Floats Passing Infrastructure And Budget Simultaneously As Moderates And Progressives Feud)

The group of nine first stated their opposition to Pelosi’s strategy on Aug. 13, putting Democratic leadership in a tough spot as they have tried to keep their caucus united. Pelosi even inquired about passing both the budget and infrastructure bills simultaneously, but the group rejected that solution.

The Senate first passed the infrastructure bill on Aug. 10, and passed the budget on a party-line vote just before 4 a.m. the next day. House Majority Leader Steny Hoyer has said that the final vote to pass the budget could come as soon as Tuesday, giving leadership little time to ensure enough Democrats vote in favor to overcome all but certain united opposition from Republicans.