Hundreds of thousands of people have yet to regain power as states recover from the destruction of Hurricane Ida, ABC News reported.

Over 884,000 continue without electricity in Louisiana, and 14,000 are without it in Missouri, ABC News reported. More than 1 million homes and businesses lost power because of the storm.

Officials warned that it could be 21 days before power was restored in Jefferson Parish, Louisiana, home to 400,000, ABC News reported. Running water and gasoline also remain scarce, yielding long lines at the gas stations that have fuel and electricity to pump it, according to the Associated Press.

“We have a lot of work ahead of us and no one is under the illusion that this is going to be a short process,” Louisiana Gov. John Bel Edwards said Tuesday in the aftermath of the storm, the AP reported. 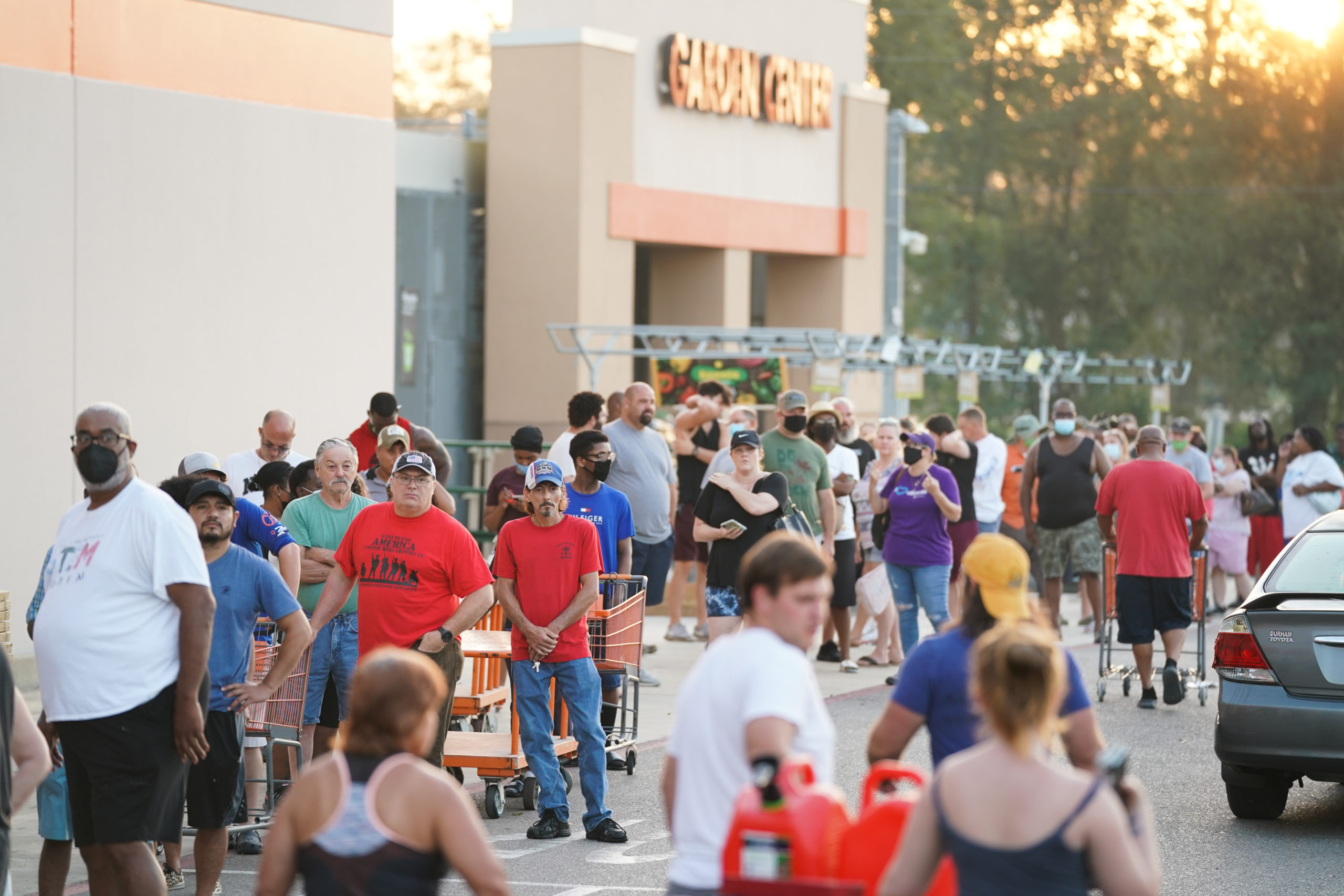 People wait in line for supplies at sunrise outside of Home Depot on September 1, 2021 in Hammond, Louisiana. (Photo by Sean Rayford/Getty Images)

Buses will function as cooling sites, while drive-thrus for food, water and ice will be set up Wednesday, New Orleans Mayor LaToya Cantrell said at a news conference Tuesday, the AP reported. City officials also designated seven locations where people can obtain a meal in a room with air conditioning.

“We know it’s hot. We know we do not have any power, and that continues to be a priority,” Cantrell said. (RELATED: NBC News Reporter Nearly Gets Toppled Over By ‘Monster’ Storm Ida During Live Broadcast)

Two electrical workers in Alabama died while on the job due to the storm Tuesday morning, bringing the total death count up to six, NBC News reported.