Thousands of Taliban fighters and members of other terrorist groups have been released from prison via negotiated settlement and jailbreaks over the past two decades.

The released individuals range from the group’s deputy prime minister to lowly foot soldiers, and the jailbreaks and releases swelled the group’s strength as it captured Afghanistan. Both the Biden and Trump administrations oversaw prisoner transfers, and the Taliban broke out its own supporters and those of ISIS-K when it took Bagram Air Base on Aug. 15.

The Taliban and al-Qaida have employed jailbreaks as a battle strategy since the U.S. invaded Afghanistan in 2003. Sarposa Prison in Kandahar has been the site of numerous jailbreaks, with the Taliban tunneling out of the jail for the first time in 2003, releasing 41 men. Thirty Taliban fighters blew up Sarposa’s main gate in 2008, releasing more than 400 terrorists and 1,000 prisoners overall. Three years later, Taliban fighters dug a tunnel under the prison, releasing 500. (RELATED: Taliban Reportedly Frees ‘Dozens’ Of Prisoners In Attack Against Badghis’ Capital)

The Taliban is not the only group that conducts prison breaks. ISIS, and its Afghanistan affiliate, ISIS-K, has successfully sprung its fighters from prisons via a combination of suicide bombings, tunnel-digging and small arms assaults. One of its first major assaults, on Abu Ghraib prison in 2013, freed more than 500 fighters.

In August 2020, ISIS released at least 1,400 prisoners from Jalalabad prison. At least one high-ranking Afghan government official asserted that the Haqqani Network backed the Jalalabad attack. The Haqqani Network is a crucial part of the Taliban’s military operations, and is also allied with al-Qaida. However, the Taliban’s ongoing feud with ISIS caused some observers to question the claim. 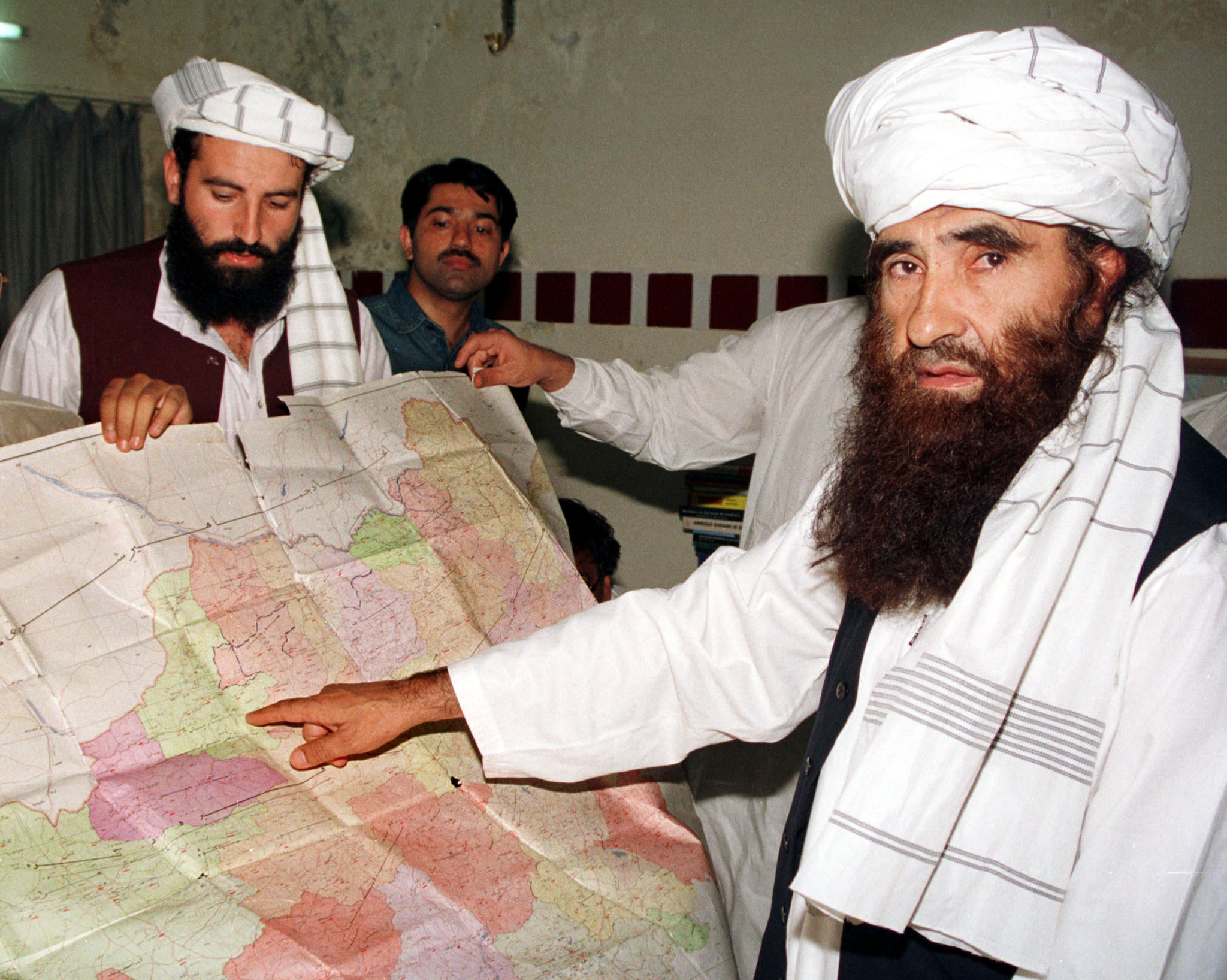 Jalaluddin Haqqani (R), the Taliban’s Minister for Tribal Affairs, points to a map of Afghanistan during a visit to Islamabad, Pakistan while his son Naziruddin (L) looks on in this October 19, 2001 file photograph. REUTERS/Stringer/Files

Jailbreaks conducted by ISIS and the Taliban tend to be mutually beneficial, despite suggestions from American government officials that the Taliban could aid the U.S. in the fight against ISIS. The ISIS-K Jalalabad attack freed a large number of Taliban fighters, since “only a third of the prison’s population of about 1,800” consisted of ISIS fighters, with the rest “split among Taliban prisoners and criminals,” according to The New York Times.

ISIS took responsibility for a terrorist attack on Hamid Karzai International Airport that killed 13 Americans and at least 60 Afghans. (RELATED: Number Of ISIS Terrorists In Afghanistan ‘As High As It’s Ever Been,’ Top General Says)

Taliban fighters have also been released from prison as part of exchanges. Those exchanges have been fruitful for the Taliban, often involving senior leaders. The U.S. released five Taliban officials from Guantanamo Bay prison in 2014, in exchange for Army Sgt. Bowe Bergdahl, who deserted his post in 2009 and was captured by the terrorist organization. Those five, described by Republican Arizona Sen. John McCain as the “hardest of the hard core,” later helped negotiate the Taliban’s 2020 deal with the Trump administration.

As part of that deal, the U.S. pressured the Ashraf Ghani-led Afghan government to spring 5,000 Taliban members, and ordered Pakistan to release Abdul Ghani Baradar, a co-founder of the group who was arrested by CIA and Pakistani ISI agents in 2010. Baradar was named the Taliban’s deputy prime minister on Tuesday, and exercises de facto control over the group despite officially being second-in-command to Supreme leader Hibatullah Akhundzada.

Anas Haqqani, a Taliban spokesman and the younger brother of Deputy Emir and Interior Minister Sirajuddin Haqqani, was released in 2019 exchange for a pair of kidnapped professors.

“These freed Taliban are playing a very critical role in Helmand. They are among the fiercest Taliban terrorists,” Ministry of Defense spokesman Fawad Aman told the Wall Street Journal.