Joint Chiefs Chairman Gen. Mark Milley promised to warn his Chinese counterpart ahead of time in case the Trump administration prepared a military strike against China, according to an upcoming book by Washington Post reporters Bob Woodward and Robert Costa.

In two secret phone calls that took place Oct. 30, 2020, four days before the presidential election, and Jan. 8, two days after the Capitol riot, Milley allegedly assured Gen. Li Zuocheng of the People’s Liberation Army that the U.S. would not strike and he would warn the Chinese in case of an attack, according to excerpts of the book “Peril” reviewed by The Washington Post.

The Oct. 30 call was allegedly prompted by an intelligence review indicating Beijing suspected the U.S. was preparing a military strike. Woodward and Costa wrote this suspicion was the result of growing tensions over military exercises in the South China Sea and former President Donald Trump’s rhetoric toward China, The Washington Post reported.

“General Li, I want to assure you that the American government is stable and everything is going to be okay,” Milley allegedly told his Chinese counterpart. “We are not going to attack or conduct any kinetic operations against you.” 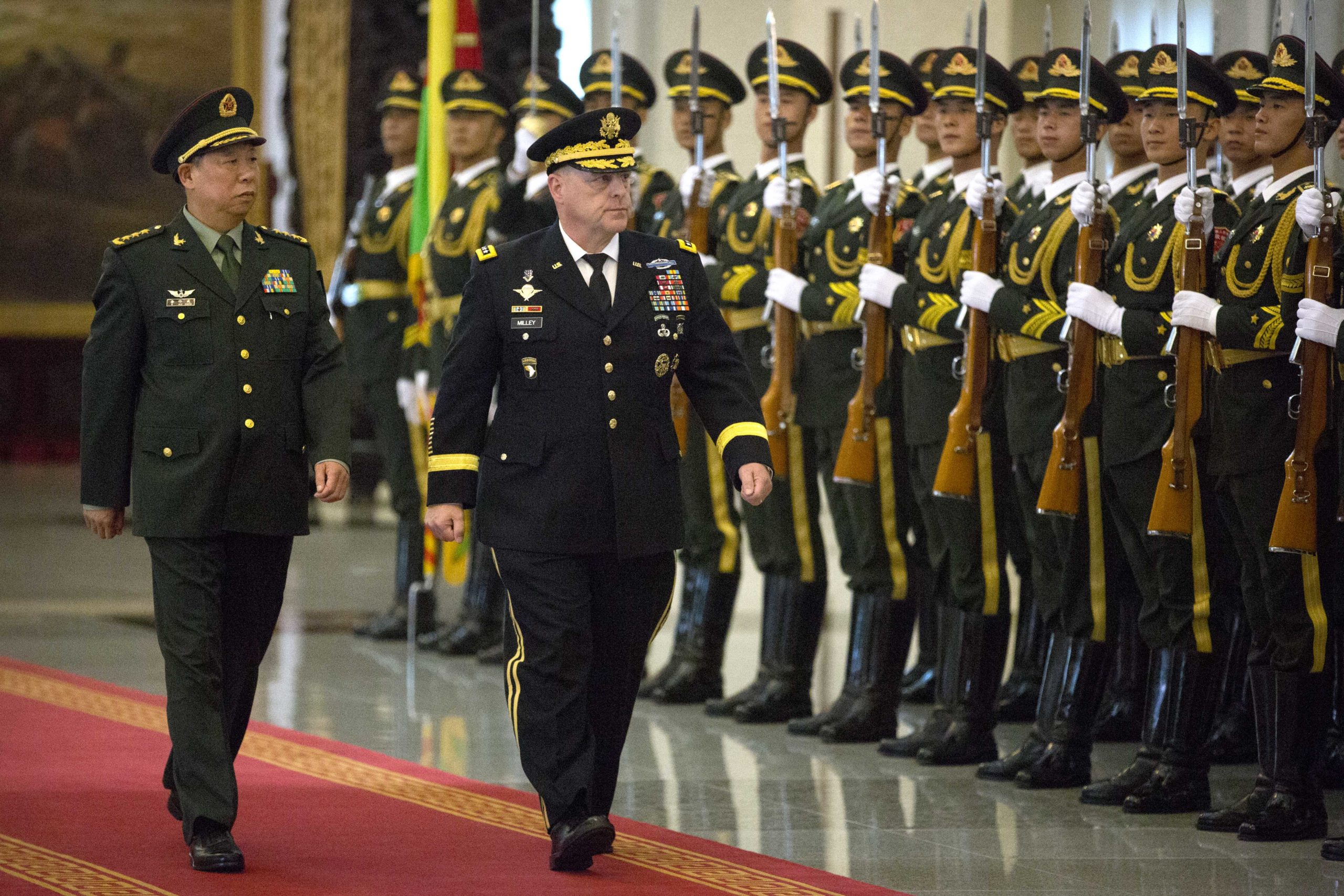 The book further alleges that Milley promised Li he would warn the Chinese in case the U.S. prepared a military strike, and emphasized the personal relationship the two officials had established through back channels.

“General Li, you and I have known each other for now five years. If we’re going to attack, I’m going to call you ahead of time. It’s not going to be a surprise,” the top U.S. general allegedly said.

In the Jan. 8 call, Milley allegedly tried to assuage Beijing’s concerns about potential instability following the Capitol riot. Woodward and Costa wrote that Li remained “rattled” even after Milley assured him of a peaceful transition of power, The Washington Post reported. (RELATED: 90 Retired Flag Officers Call On Austin, Milley To Resign Immediately)

“Things may look unsteady, but that’s the nature of democracy,” Milley allegedly said. “We are 100 percent steady. Everything’s fine. But democracy can be sloppy sometimes.”

Milley did not inform Trump about the conversations he had with Li, the authors wrote. The book also alleges that Milley called Ret. Adm. Philip Davidson, then-commander of the U.S. Indo-Pacific Command, and urged him to postpone military exercises in the region.

“Peril” is Woodward’s third book covering the Trump administration and is set to be released Sept. 21.