A conservative watchdog group demanded the Office of Congressional Ethics investigate whether Rep. Alexandria Ocasio-Cortez violated House rules by attending the Met Gala on Monday evening, where tickets are reported to start at $35,000 apiece.

Critics of the Democratic congresswoman lambasted her on social media for attending the lavish event wearing a dress with the slogan “tax the rich.” Ocasio-Cortez said on Instagram she “borrowed” the dress from its designer, and she said her attendance at the charity gala was in line with her “responsibilities in overseeing our city’s cultural institutions that serve the public.

The New York Post reported Tuesday evening that the Metropolitan Museum of Art personally invited Ocasio-Cortez and her boyfriend to the gala, meaning neither had to pay a $35,000 entrance fee to attend the event. Fox News added that the Met said Ocasio-Cortez was a “guest of the museum.” (RELATED: Ocasio-Cortez Draws Jeers For Showing Up To NYC’s Ritziest Gala In ‘Tax The Rich’ Dress)

The American Accountability Foundation (AAF) noted in its complaint filed Tuesday with the Office of Congressional Ethics that members of Congress are allowed to accept free tickets to events widely attended by the public and to charity events. The conservative watchdog group argued that the Met Gala does not meet either criterion.

And before haters get wild flying off the handle, New York elected officials are routinely invited to and attend the Met due to our responsibilities in overseeing and supporting the city’s cultural institutions for the public. I was one of several in attendance in this evening.🤗

The AAF said the Met Gala is not an event open to the public because only elite members of society are invited to attend the event. And the group argued that, while the proceeds of the event do go towards the Metropolitan Museum of Art, a charity, the invitations for the event are managed by the for-profit company Conde Nast.

“Without prompt investigation and enforcement of Congressional Rules, the American people are likely to lose faith in the ability of Congress to police its members,” the AAF wrote in its complaint. 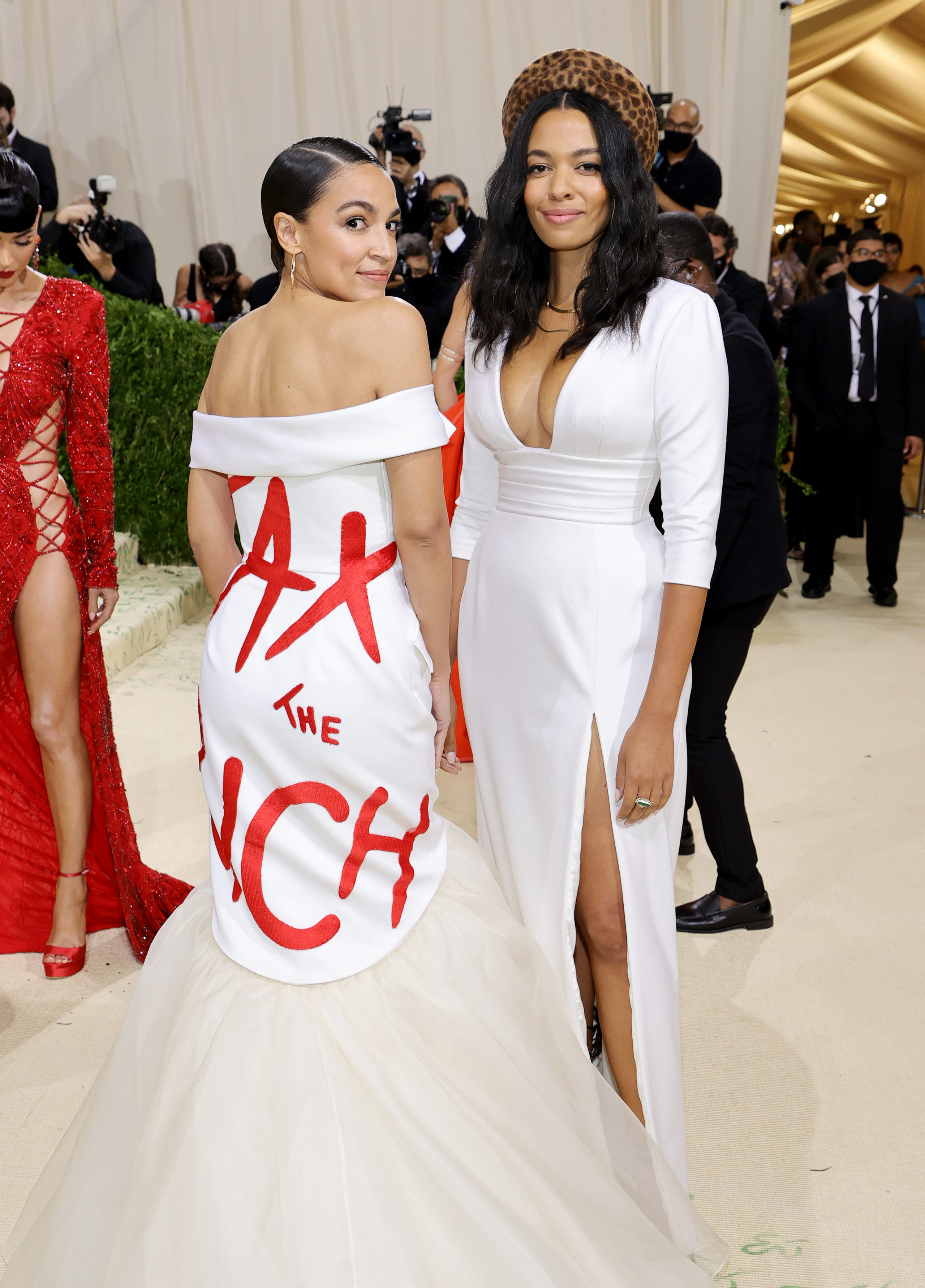 Notably, the AAF did not demand an investigation into Ocasio-Cortez’s fellow Democratic lawmaker, Rep. Carolyn Maloney, who also attended the Met Gala on Monday evening wearing a dress with the slogan, “equal rights for women.”

Across the country, women’s rights are under attack.

I have long used fashion as a force 4 change. As the Met Costume Institute reopens w/ their inaugural exhibit celebrating American designers, I am calling 4 the certification of the ERA so women can be equal once and for all. pic.twitter.com/ONbAJq4rOK

Ocasio-Cortez’s office did not return a request for comment.