The U.S. previously vowed to donate over 600 million COVID-19 vaccines to areas in need across the world. The administration has so far seen almost 160 million doses shipped to 100 countries and this new promise will bring the U.S. to over 1.1 billion donated vaccines.

The additional 500 million COVID-19 vaccines being purchased by the U.S. are all Pfizer doses, a senior administration official said. Biden announced the move at the beginning of a virtual COVID Summit on Wednesday morning. (RELATED: Biden Plans To Send Additional 20 Million Vaccines Overseas By End Of June)

Biden also described additional funds being sent to help get COVID-19 shots into the arms of people across the world. The president said an additional $370 million will be provided to aid in these efforts and that the U.S. will provide almost $1.4 billion “to reduce COVID-19 deaths and mitigate transmission through bulk oxygen support, expanded testing and strengthening healthcare systems.”

The new Pfizer doses will be made in the U.S. and will begin shipping to other countries in January. The administration’s goal is to send around 800 million vaccines to countries across the world from January through September of 2022.

“This is a huge commitment by the U.S. In fact, for every one shot we have administered in this country to date, we are now donating three shots to other countries,” an official said. “One shot here today; three shots committed for the world. No other country or group of countries have come close to that.” 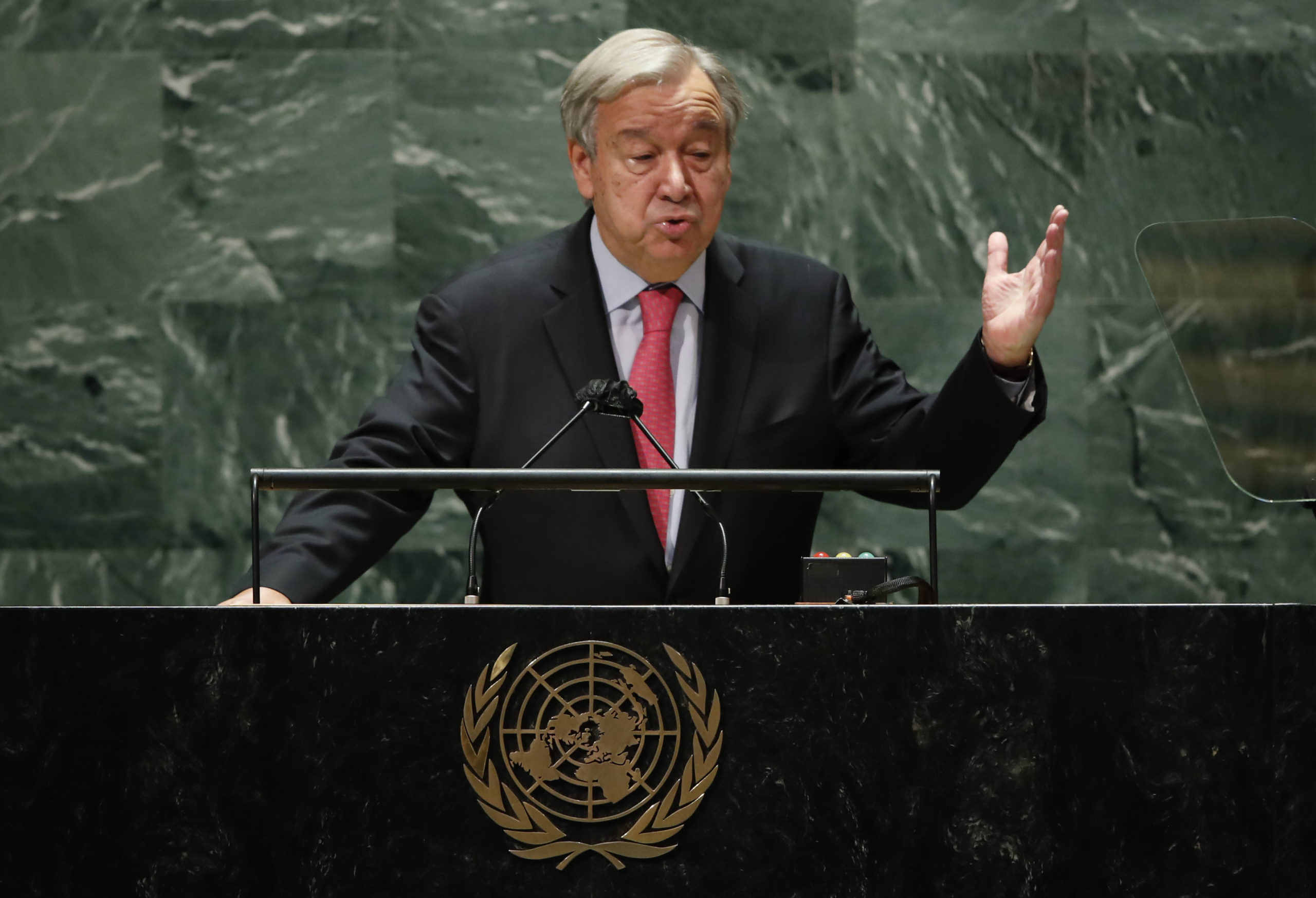 NEW YORK, NEW YORK – SEPTEMBER 21: United Nations Secretary-General Antonio Guterres addresses the 76th Session of the U.N. General Assembly on September 21, 2021 at U.N. headquarters in New York City. More than 100 heads of state or government are attending the session in person, although the size of delegations is smaller due to the Covid-19 pandemic. (Photo by Eduardo Munoz-Pool/Getty Images)

Senior administration officials also laid out the Biden administration’s overarching goal: to have 70% of the entire world population vaccinated against the virus within a year. This would require around 5 billion additional vaccines, NPR reported.

“We can do this.  This is within our capacity.  We know what needs to be done.  We just have to make the choice to do it,” Biden said Wednesday.

The administration is buying the Pfizer vaccines at a not-for-profit price. The World Health Organization (WHO) has criticized countries, like the U.S., for apparently focusing on booster shots.

“This is a moral indictment of the state of our world,” United Nations Secretary-General Antonio Guterres said Tuesday at the U.N. General Assembly. “It is an obscenity.”

Wednesday’s COVID Summit will last almost four hours and over 100 countries and organizations will participate in the event, according to senior administration officials.

“So far, what we’re seeing and receiving is a lot of energy, a lot of welcome and embracing for this event, its goals, and U.S. leadership and President Biden’s leadership to host it,” one official said.