A White House official hinted at the changes last week, saying that the administration was in the midst of developing a “new international air travel system,” Reuters reported at the time. White House coronavirus response coordinator Jeff Zients laid out the new system on Monday, describing it as being “much stricter.”

Beginning early November, all foreign nationals flying to the U.S. will be required to be fully vaccinated and must show proof of vaccination prior to boarding a U.S.-bound aircraft, Zients said. This “new system for international travel” will replace the current rules, which bar foreign nationals from traveling to the U.S. if they’ve been in certain parts of the world within the last 14 days.

The U.K., Brazil, China, Iran, India and South Africa are currently on that list. As of early November, vaccinated people from those countries will be allowed to enter the U.S. upon compliance with the various testing and proof of vaccination rules, Zients confirmed.

“In early November, we will move to this much stricter global system. So we will have consistent approach across all countries. It will require foreign nationals to be vaccinated, to prove they’re vaccinated and then to go through the testing and contact tracing regimes,” Zients said. 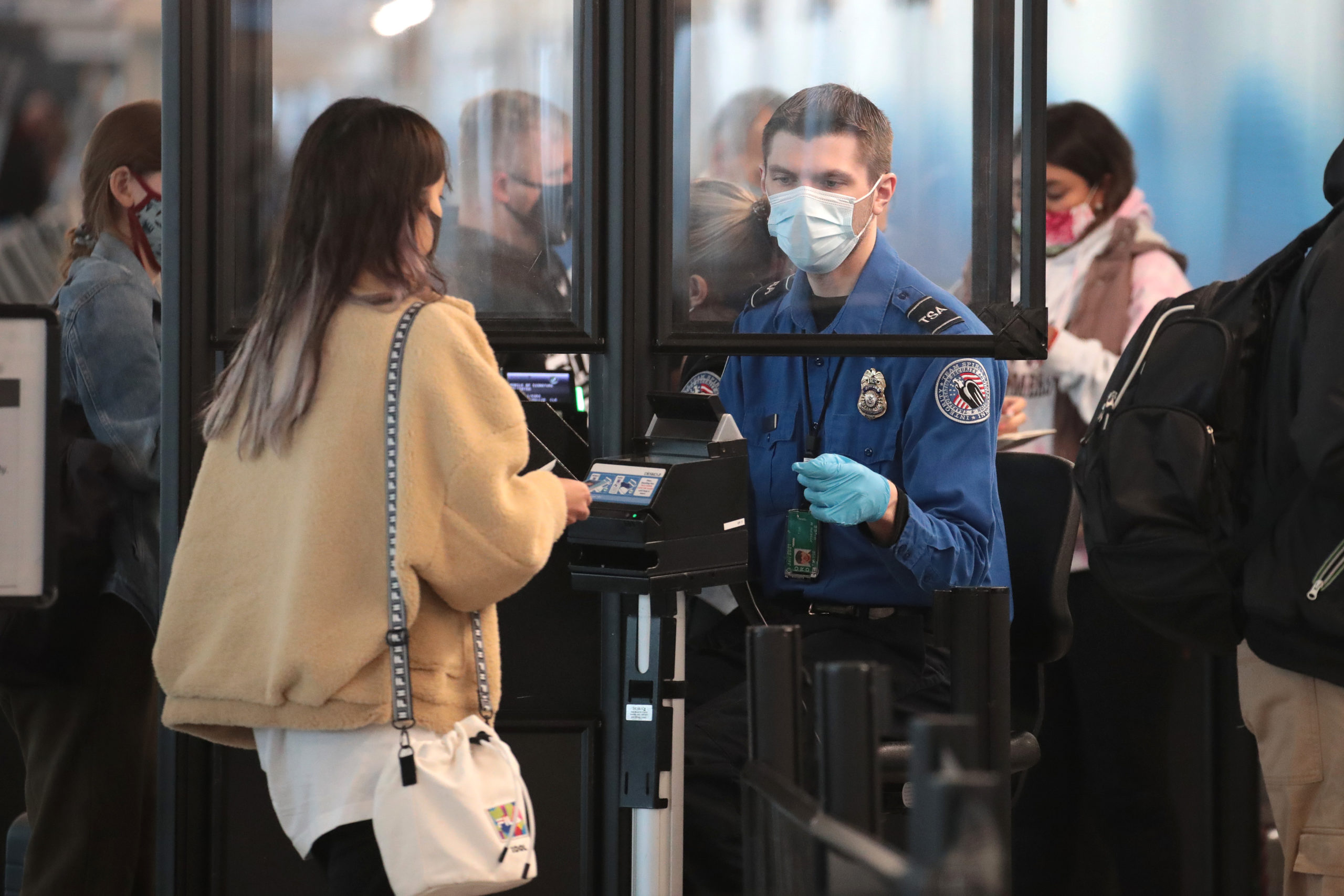 CHICAGO, ILLINOIS – OCTOBER 19: A Transportation Security Administration (TSA) agent screens an airline passenger at O’Hare International Airport on October 19, 2020 in Chicago, Illinois. Yesterday the TSA reported that it had screened over 1 million passengers, representing the highest number of passengers screened at TSA checkpoints since March 17, 2020.(Photo by Scott Olson/Getty Images)

The administration also announced enhanced testing and contract tracing systems. For fully vaccinated Americans, testing will be required within three days of traveling. Unvaccinated Americans returning to the U.S. will need to take a test within one day of departure plus a test after arriving, according to Zients.

In terms of contract tracing, the Centers for Disease Control and Prevention (CDC) plans to get a contract tracing order from every U.S.-bound traveler. Zients said this order will ask for a phone number and email for every traveler coming to the U.S., allowing the CDC and local health officials to follow up in the event of exposure.

The administration previously announced enhanced masking requirements for air travel. The Transportation Security Administration (TSA) said in early September it would be doubling fines for Americans who don’t comply with mask mandates aboard aircrafts and in airports.

First offenders now face at least a $500 fine and up to $1,000, according to the agency. Additional offenses could cost Americans between $1,000 and $3,000. (RELATED: Biden Admin Says It Will Require Private Companies With 100+ Employees To Mandate Vaccine Or Test Weekly)

“It’s simple: Masking helps stop the spread of COVID-19. If you break the rules, be prepared for the consequences,” Zients said. “This new international travel system follows the science to keep Americans and international air travel safe. By requiring foreign nationals to be fully vaccinated in order to fly to the United States and implementing additional strict safety protocols, we will protect Americans here at home and enhance the safety off international travel.”