The federal government has “no authority” to tell Americans “what they can or cannot believe” when it comes to religious exemptions to vaccinations, the president of non-profit political advocacy group CatholicVote.org told the Daily Caller News Foundation.

Thousands of Americans are seeking religious exemptions to vaccine mandates, citing reports that some of the vaccines were developed using aborted fetal cell lines, but pressure from activists, commentators and mandate-minded lawmakers suggests that the religious objections may face more serious inquisition in the coming weeks. (RELATED: Vatican Declares Coronavirus Vaccines ‘Morally Acceptable’)

“On the one hand we’ve been told that religious organizations should limit themselves to the four walls of their churches,” CatholicVote.org President Brian Burch told the DCNF. “Yet today we are faced with the prospect of government bureaucrats dictating to religious groups what they are allowed to believe.” 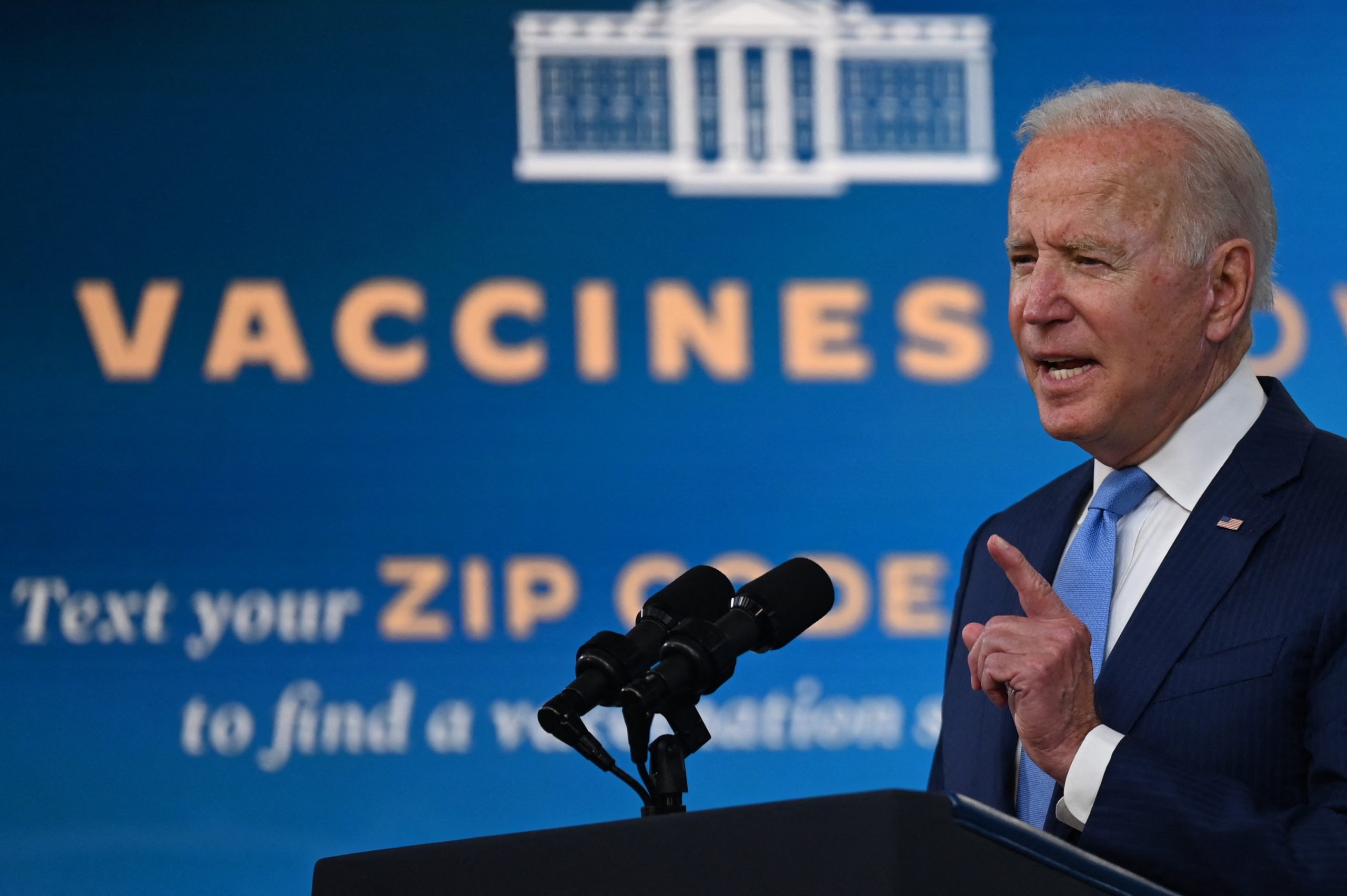 US President Joe Biden delivers remarks on the Covid-19 response and the vaccination program at the White House on August 23, 2021 in Washington,DC.  (Photo by JIM WATSON/AFP via Getty Images)

Under the Americans with Disabilities Act and Title VII of the Civil Rights Act, U.S. employers may be required to accommodate their employee’s “sincerely held” religious beliefs — including potential religious objections to a vaccine.

Democratic New York Gov. Kathy Hochul told reporters in early September that she was unaware “of a sanctioned religious exemption from any organized religion,” dismissing the idea that healthcare workers could be religiously exempt from the state’s vaccine mandate. (RELATED: CNN Expert Wants Biden Admin To Create ‘Guidelines’ To Weed Out Fake Religious Vaccine Exemptions)

“To the extent that there’s leadership of different religious organizations that have spoken, and they have, I’m not aware of a sanctioned religious exemption from any organized religion,” Hochul said. “In fact, they’re encouraging the opposite. They’re encouraging their members, everybody from the Pope on down, is encouraging people to get vaccinated. So people will say what they choose.”

Burch emphasized that politicians are not moral theologians and have “no business inserting themselves” into the decisions of religious organizations or individuals.

“Catholic Church leaders need to be resolute, and send a clear message that the federal government has no authority to tell the Church what they can or cannot believe,” Burch said. (RELATED: Vaccine Inquisitions? As COVID Vaccination Mandates Increase, Religious Exemptions Come Under Fire)

“In some ways,” he added, “these threats are perfectly consistent with Biden’s record as a Catholic. When the constitutional rights of Catholics and politics come into conflict, government coercion always wins. Just ask the Little Sisters of the Poor.”

The CatholicVote.org president’s comments refer to the Catholic Little Sisters of the Poor and their battle with the Supreme Court to avoid paying for employees’ birth control against their religious beliefs. Multiple figures in the Biden administration, including Biden, Vice President Kamala Harris, and Health and Human Services Secretary Xavier Becerra have stood against the Little Sisters of the Poor.

A Biden administration official told the DCNF Tuesday that protecting religious Americans “will be part of the policy process.” The administration did not immediately respond to requests for further comment.