2020 presidential candidate Joe Biden promises to protect religious freedom in the United States, but both he and his running mate, Kamala Harris, advocated for policies that are contrary to the religious convictions of many Americans.

Biden’s plan for “Safeguarding America’s Faith-Based Communities” states that “America was built on a foundation of religious freedom and tolerance” and promises to provide increased security grants to religious communities, establish a faith based law enforcement program, strengthen prosecution of hate crimes, “take on the NRA and gun manufacturers,” and more.

“We all have a right to practice our faith openly, or to practice no faith at all—a right that is being degraded under the Trump Administration’s watch,” the plan says.

Both Biden and Harris support tax payer funded abortions and pushed for Catholic nuns to pay for birth control against their religious beliefs. Biden, often called a “devout” Catholic, has remained silent on attacks against Catholic churches over the summer.

The freedom to worship is one of our nation’s most cherished and fundamental rights—but it should never be used to discriminate or undermine other Americans’ civil rights. https://t.co/dqWcFSexkk

Harris suggested that those who subscribe to mainstream Catholic doctrine may be unfit for office when she evaluated Brian Buescher for a Nebraska district judge seat in 2018. 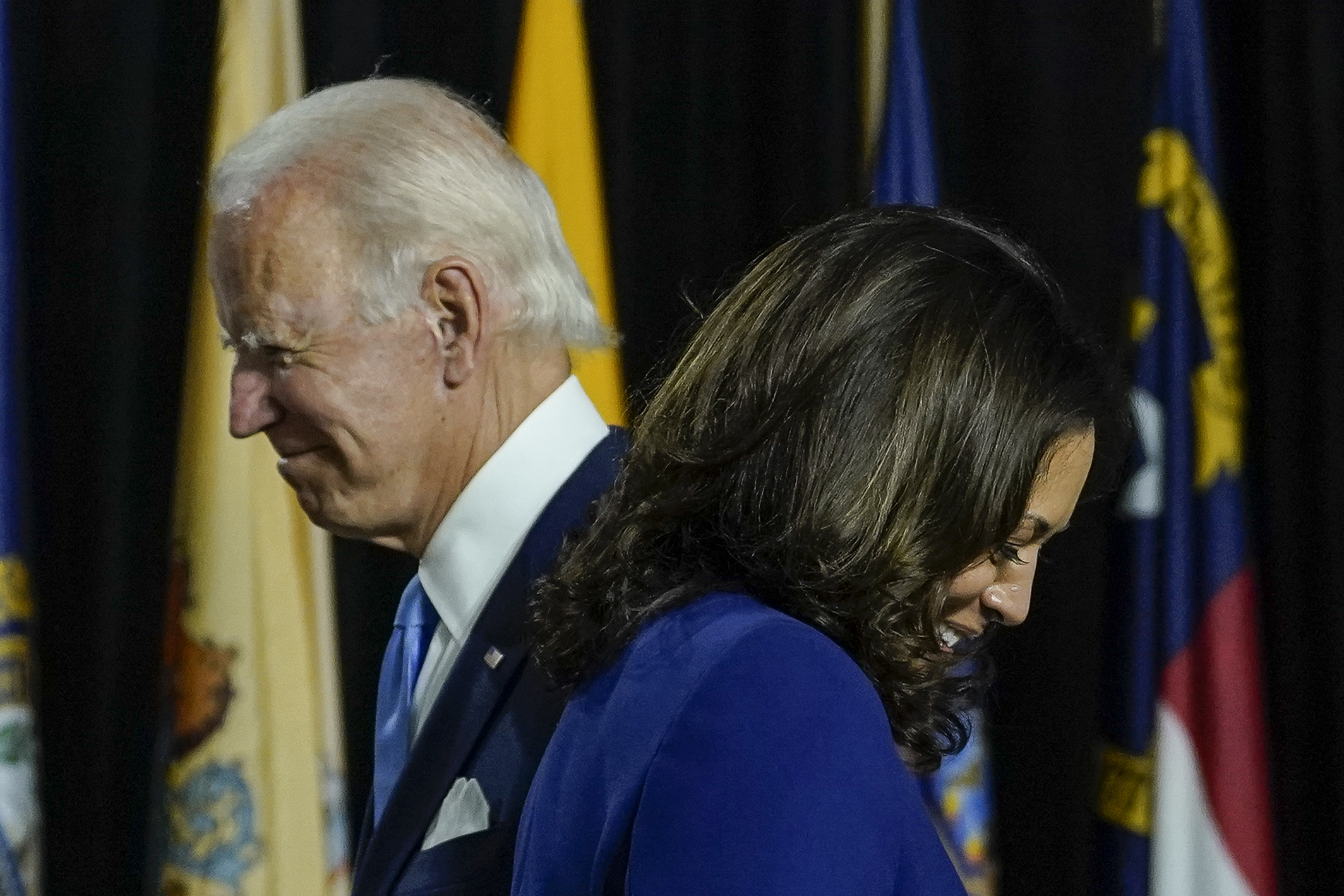 ‘Were You Aware’: Harris Questioned A Judge On His Association With A Catholic Charity

The California senator highlighted Buescher’s association with the Catholic charity organization The Knights of Columbus (KOC), and noted that the KOC opposes abortion, the National Review reported.

The KOC support the Catholic doctrines that abortion is “a crime against human life” and that marriage should be between a man and a woman. (RELATED: ‘Most Pro-Abortion Presidential Ticket In American History’: Pro-Life Groups Condemn Biden VP Kamala Harris)

“Since 1993, you have been a member of the Knights of Columbus, an all-male society comprised primarily of Catholic men,” Harris said in a written question. “In 2016, Carl Anderson, leader of the Knights of Columbus, described abortion as ‘a legal regime that has resulted in more than 40 million deaths.’ Mr. Anderson later said ‘abortion is the killing of the innocent on a massive scale.’”

She asked Buescher, “Were you aware that the Knights of Columbus opposed a woman’s right to choose when you joined the organization?”

She also questioned whether Buescher was “aware that the Knights of Columbus opposed marriage equality when [he] joined the organization” as well as whether Buescher “ever, in any way, assisted with or contributed to advocacy against women’s reproductive rights.”

Buescher responded by saying that he has been a member of the Knights of Columbus since he was 18 and that this membership “has involved participation in charitable and community events in local Catholic parishes,” according to Catholic News Agency.

Biden, who frequently cited his Catholic faith as a defense for his former opposition to abortion, said as recently as 2006: “I do not view abortion as a choice and a right.” (RELATED: Here’s How Joe Biden Has Evolved On Abortion As He Attempts To Become President)

No woman’s access to reproductive health care should be based on how much money she has. We must repeal the Hyde Amendment.

Within 24 hours of reaffirming his support for Hyde, Biden announced on June 6 that he could “no longer support an amendment” that cuts off abortion funding. Harris attacked Biden for this quick turnaround during the July 2019 Democratic presidential debates.

“Because there was not full, federal funding for all reproductive services prior to this point,” he responded. (RELATED: Here’s Where Kamala Harris Stands On Abortion)

Harris has been a consistent and strong pro-choice advocate for many years. She has a 100% voting record with the National Abortion Right’s Action League’s Congressional Record on Choice for every year that she has served in the Senate.

Both Biden and Harris have stood against the Catholic Little Sisters of the Poor in their battle with the Supreme Court to avoid paying for employees’ birth control against their religious beliefs.

The Trump Administration is proactively working to strip Americans of their health care in a time when so many need affordable coverage the most.

As the attorney general of California, Harris filed a 2014 amicus brief pushing SCOTUS to refuse a request from Hobby Lobby that the store not be required to provide contraception to women because of Hobby Lobby’s religious beliefs.

“Every American deserves access to quality, comprehensive healthcare,” Harris said in a statement at the time. “A woman’s access to essential services, including contraception, should not be restricted because of the religious views of her employer—particularly when the right to these services is protected under federal law.”

The Supreme Court ruled to uphold conscience exemptions from former President Barack Obama’s birth control mandate in July in a major victory for the Little Sisters of the Poor. Harris called the ruling “shameful.”

“A shameful decision by the Supreme Court that will deny up to 126,000 employees birth control coverage,” Harris tweeted.

Biden also condemned the ruling, calling it “disappointing,” according to the Catholic News Agency. He also promised to renew legal action against the Little Sisters of the Poor if he should win the election.

“If I am elected I will restore the Obama-Biden policy that existed before the [Supreme Court’s 2014] Hobby Lobby ruling: providing an exemption for houses of worship and an accommodation for nonprofit organizations with religious missions,” Biden said in July, the publication reports.

“This accommodation will allow women at these organizations to access contraceptive coverage, not through their employer-provided plan, but instead through their insurance company or a third-party administrator.”

The Little Sisters of the Poor have emphasized that allowing an administrator to provide birth control to their employees still violates their religious beliefs since this would be causing the sisters to provide contraception to their employees merely through a third party, the Catholic News Agency reports.

Biden has failed to address the slew of attacks against Catholic churches that have occurred throughout the United States over the summer.

The Daily Caller News Foundation reached out to Biden numerous times about the attacks, but Biden has yet to speak on the issue. The advocacy organization CatholicVote also called on Biden to condemn the attacks, saying that Biden has a responsibility to condemn acts of vandalism and violence.

“Catholic churches across America are literally burning, and Joe Biden has said nothing,” CatholicVote President Brian Burch said in a statement provided to the DCNF. “Leading members of the Democratic Party have fueled a climate of hate against Catholics, and these attacks have now led to acts of vandalism and violence.”