Business and trade group leaders urged Congress on Thursday to rise above political battles and pass the trillion-dollar bipartisan infrastructure legislation before it’s too late.

The industry leaders — from the U.S. Chamber of Commerce, American Trucking Associations (ATA) and National Stone, Sand and Gravel Association (NSSGA) — slammed lawmakers on both sides of the aisle for opposing the bill, which they said was supported by the majority of Americans. The legislation provides key investments in areas of the economy that are deteriorating and in need of immediate repair, they said.

“This bill is critically important for the United States,” NSSGA President and CEO Michael Johnson said during a press call Thursday. “And it’s a very popular bill.”

“That’s why it boggles the mind that the progressives in the House have decided to take a very popular bill hostage,” he continued. “And the Republican leadership has decided to not rescue that very popular hostage when they easily could.”

More than half of voters, 56%, support the $1.2 trillion infrastructure legislation, according to a recent poll conducted by Morning Consult and Politico. According to the poll, among voters, 77% of Democrats, 52% of Independents and 37% of Republicans support the package. (RELATED: Biden Cancels Chicago Trip To Focus On Threatened Infrastructure Bill)

On Aug. 10, the Senate approved the bill in a 69-30 vote. Senate Minority Leader Mitch McConnell joined 18 fellow Republicans in voting for the bill, which has been awaiting a House vote ever since. 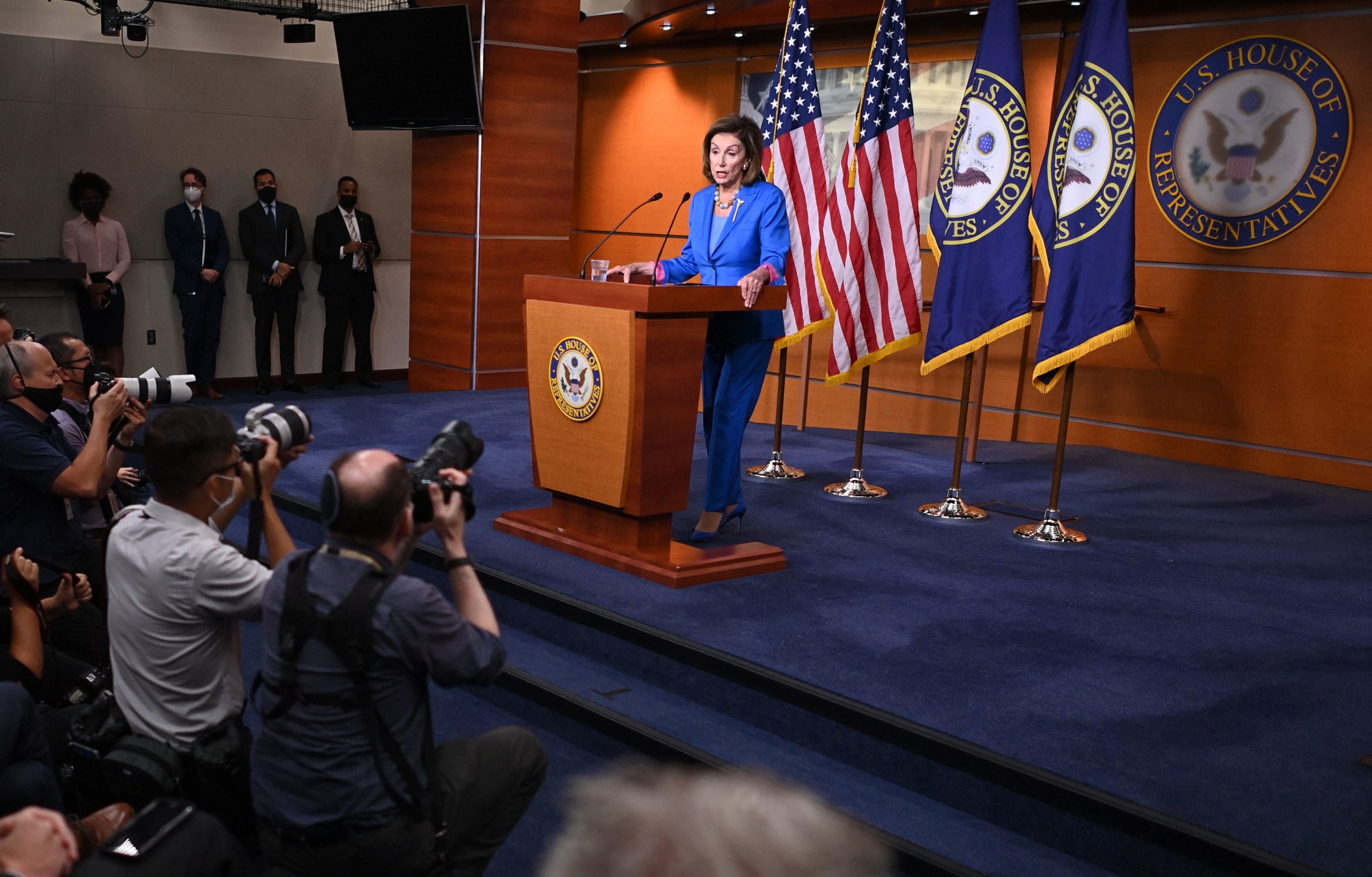 In an abrupt change, House Speaker Nancy Pelosi said this week the House would consider the infrastructure bill on Thursday before voting on the Democrat’s nearly $4 trillion budget package. But progressive Democrats in the House vowed to block the bill until the budget was voted on.

House Minority Leader Kevin McCarthy has also announced his opposition to the bill.

“If this vote today was occurring on the merits of the bill, the outcome wouldn’t be in doubt,” Chamber Executive Vice President and Chief Policy Officer Neil Bradley said. “And we’d have a supermajority passing this.”

“It’s time to send this bill to the president, then we can get back to arguing about other things in Washington,” he continued.

Chris Spear, the ATA president and CEO, said U.S. roads and bridges are the “shop floor” for the 3.5 million drivers his organization represents. They have reported firsthand that U.S. infrastructure repair is essential.

“This is embarrassing and it’s completely unacceptable,” Spear told reporters. “Each year, our industry tracks the top 100 most congested cities in the U.S. Over 425,000 trucks sit idle each year in traffic. That’s 1.2 billion hours and $74.5 billion in lost productivity, and it’s reflected in the price we all pay for the things that we want and need.”

“It all comes at a cost to farmers, manufacturers, retailers and even consumers,” Spear continued. “It’s an easy, long overdue fix. And in one vote today, Congress could change it all to the positive.”