Authorities are not charging five men who were allegedly involved in the deadly gang-related shooting in Chicago on Friday. The state’s attorney’s office reportedly thinks that “mutual” combat combined with a lack of sufficient evidence isn’t a good reason to charge someone.

Three gang members allegedly began shooting at a home in Chicago’s West Side in order to draw members of a rival faction out, the Chicago Sun-Times reported. Three individuals inside the home then returned fire. At least one of the alleged gang members was killed while two others were injured.

Police sought murder and aggravated battery charges against the suspects, but all five were released on Sunday, according to the report.

Spokeswoman for the Cook County state’s attorney’s office Cristina Villareal said prosecutors “determined that the evidence was insufficient to meet our burden of proof to approve felony charges,” according to the Chicago Sun-Times.

A police report citing the state’s attorney’s office decision not to press charges said “mutual combatants was cited as the reason for the rejection.” Mutual combat means two parties willingly engaged in some type of fight.

Chicago Police Chief of Detectives Brendan Deenihan said while the shooting was captured on a nearby camera, it’s unclear who was firing their weapons and therefore the case lacked enough evidence, according to Fox 32.

“You can’t determine who was discharging a firearm on the street from those cars, and that’s kind of the issue with this case,” Deenihan reportedly said. “Also, the people in the house that we arrested, so everybody that was arrested in this case invoked their right to remain silent. And therefore, nobody besides the video which does show as the superintendent mentioned mutual combatants.”

“But even the victims who were shot refused to talk to the police, invoked their right to remain silent,” he continued. “And then that’s where it made it difficult for the detectives to present a case saying ‘well this is the person who had a gun in their hand and they were discharging at this person who had a gun in their hand.’ Because the video does not clearly show, you couldn’t tell if it was you or I or who was the actual discharge.” 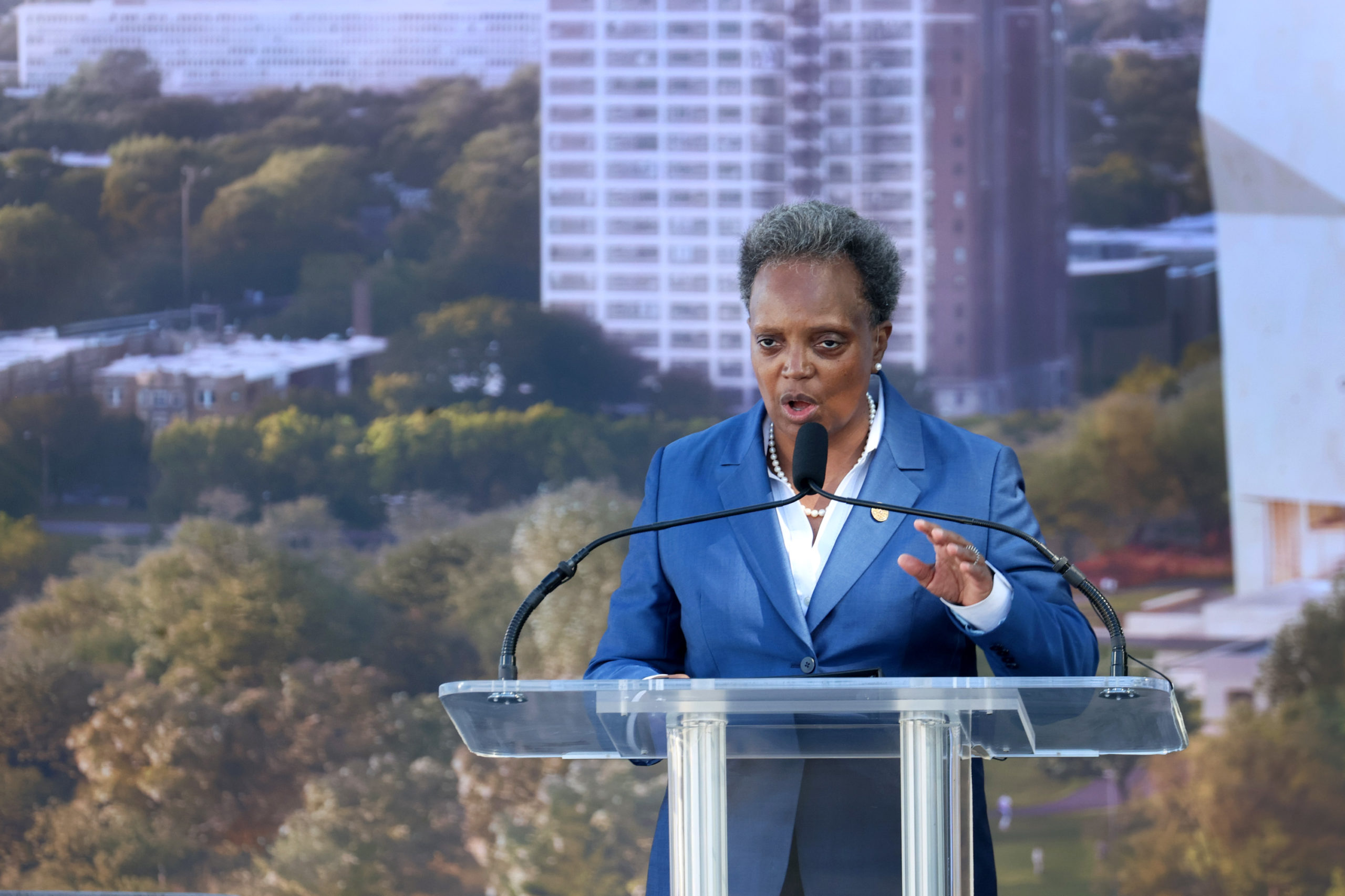 CHICAGO, ILLINOIS – SEPTEMBER 28: Chicago mayor Lori Lightfoot speaks during a ceremonial groundbreaking at the Obama Presidential Center in Jackson Park on September 28, 2021 in Chicago, Illinois. Construction of the center was delayed by a long legal battle undertaken by residents who objected to the center being built in a city park. (Photo by Scott Olson/Getty Images) 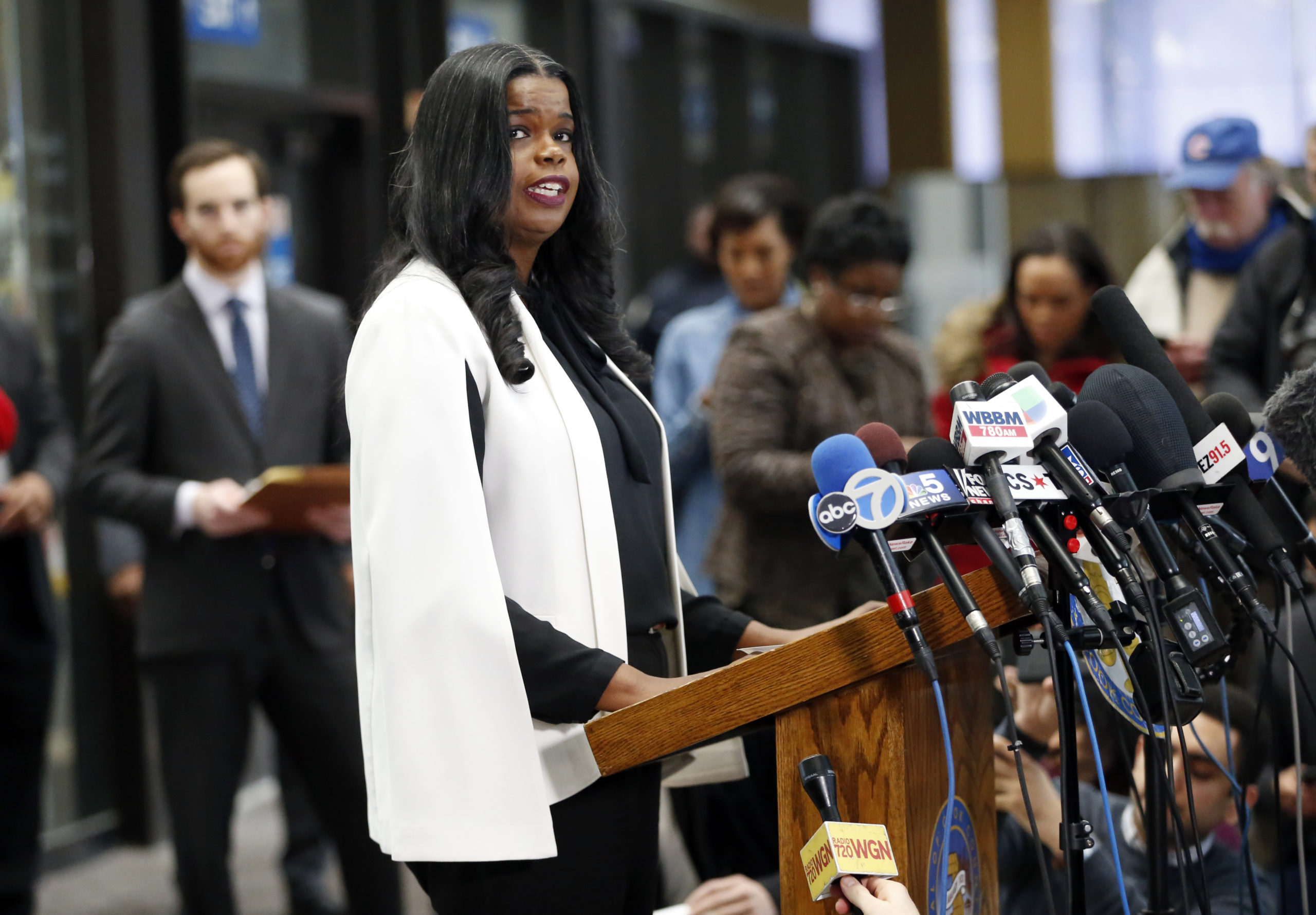 “She’s got to explain to the public, why?” Lightfoot said. “If the bad guys that are out there that are picking up guns and shooting without any regard for the sanctity of life, do not believe that there’s accountability for them, the brazenness will not end. It will escalate it, it will continue and our communities will not be safe.”

Cook County prosecutors recently declined to charge a 17-year-old individual with the stabbing death of 18-year-old Manuel Porties Jr. because prosecutors said the deadly fight was also mutual combat, according to WGN9.