A bipartisan group of senators will introduce legislation Thursday designed to prevent large technology platforms like Amazon and Google from giving their own services preferential treatment.

The bill, titled the American Choice and Innovation Online Act, accompanies legislation of the same name advanced through the House Judiciary Committee in June, and it seeks to prevent “discriminatory” conduct by major online platforms, according to multiple reports. The bill is sponsored by Democratic Sen. Amy Klobuchar of Minnesota, who chairs the Senate Judiciary subcommittee on antitrust issues, and Republican Sen. Chuck Grassley of Iowa, who serves as Ranking Member on the Senate Judiciary Committee.

The legislation would prevent dominant online platforms from prioritizing their own services in search results or through algorithmic manipulation in addition to excluding or discriminating against competitors. Platforms covered by the legislation must have a market capitalization of $550 billion, which would include Apple, Facebook, Google parent company Alphabet, Amazon and Microsoft.

“When dominant tech companies exclude rivals (and) kill competition, it hurts small businesses and can increase costs for (you),” Klobuchar tweeted Thursday. “My new bipartisan legislation with @ChuckGrassley will establish new rules of the road to prevent large companies from boxing out their smaller competitors.” 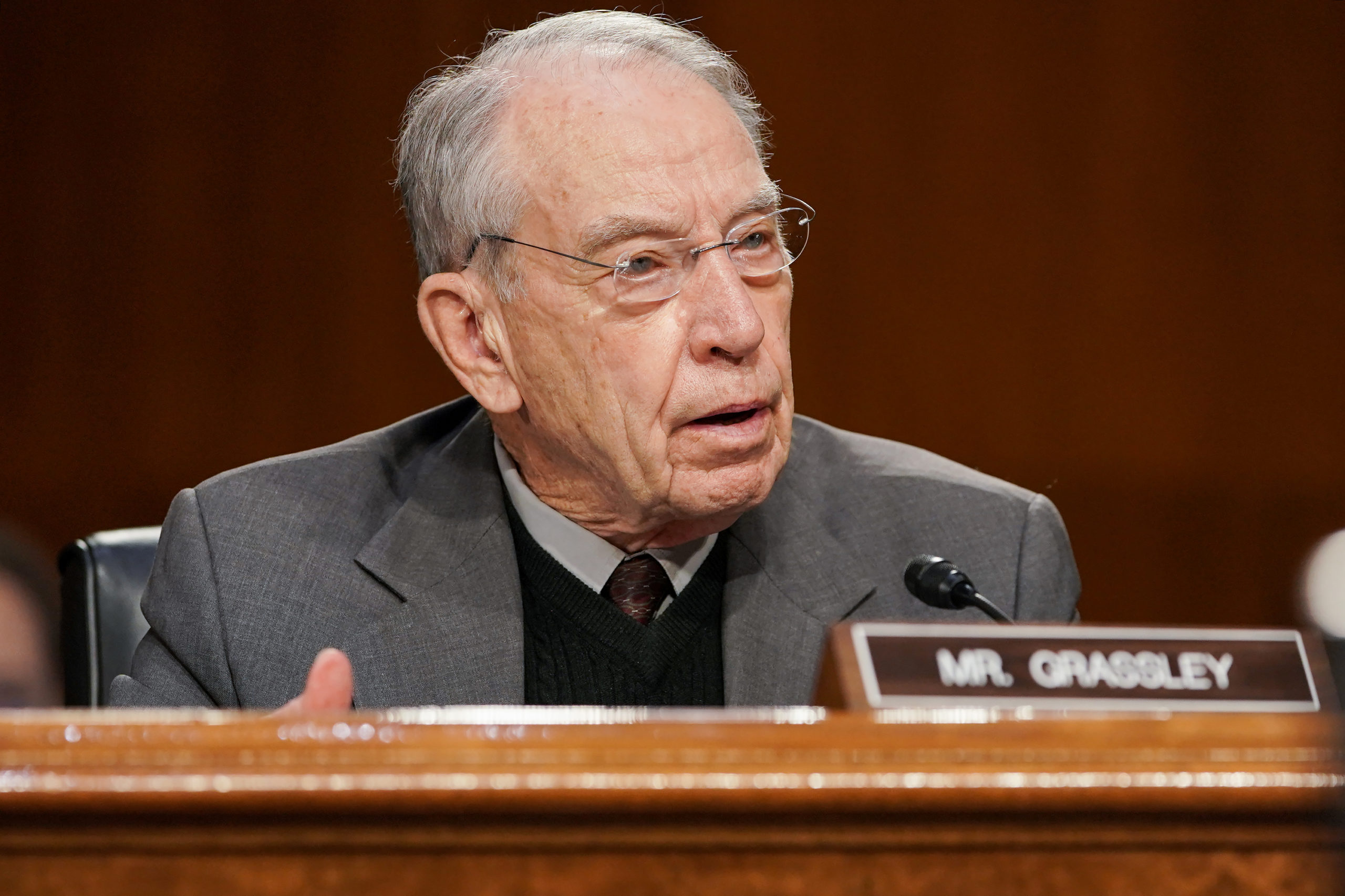 Sen. Chuck Grassley (R-IA) questions Xavier Becerra, nominee for Secretary of Health and Human Services, about abortion during his confirmation hearing before the Senate Finance Committee on Capitol Hill on February 24, 2021 in Washington, DC. (Photo by Greg Nash-Pool/Getty Images)

“It is a catalyst to action,” she told the WSJ. “We’re able to disabuse people of this notion that they should keep subscribing to the tech mantra of ‘trust us, just trust us.’”

The bill is the second piece of companion legislation to the House antitrust bills, following a bill advanced out of the Senate Judiciary Committee in September that allowed state attorneys general to select venue when filing antitrust complaints. Senators, including Republican Sen. Tom Cotton of Arkansas and Republican Sen. Josh Hawley of Missouri, are currently working on companion legislation to the other House bills.