The National Institutes of Health (NIH) gave the Johns Hopkins health system nearly $4 million in grant money to study the effects of psychedelic mushrooms, according to a Monday announcement.

The grant was awarded by the NIH’s National Institute on Drug Abuse to Johns Hopkins Medicine to study how psilocybin, the psychoactive drug found in psychedelic mushrooms, could help with tobacco addiction, the company announced Monday in a press release. The study will be led by Johns Hopkins Medicine in collaboration with New York University and the University of Alabama at Birmingham.

“We knew it was only a matter of time before the NIH would fund this work because the data are so compelling, and because this work has demonstrated to be safe,” Dr. Matthew Johnson, a psychiatry and behavioral sciences professor at the Johns Hopkins University School of Medicine, said in the announcement. “Psilocybin does have very real risks, but these risks are squarely mitigated in controlled settings through screening, preparation, monitoring and follow-up care.” 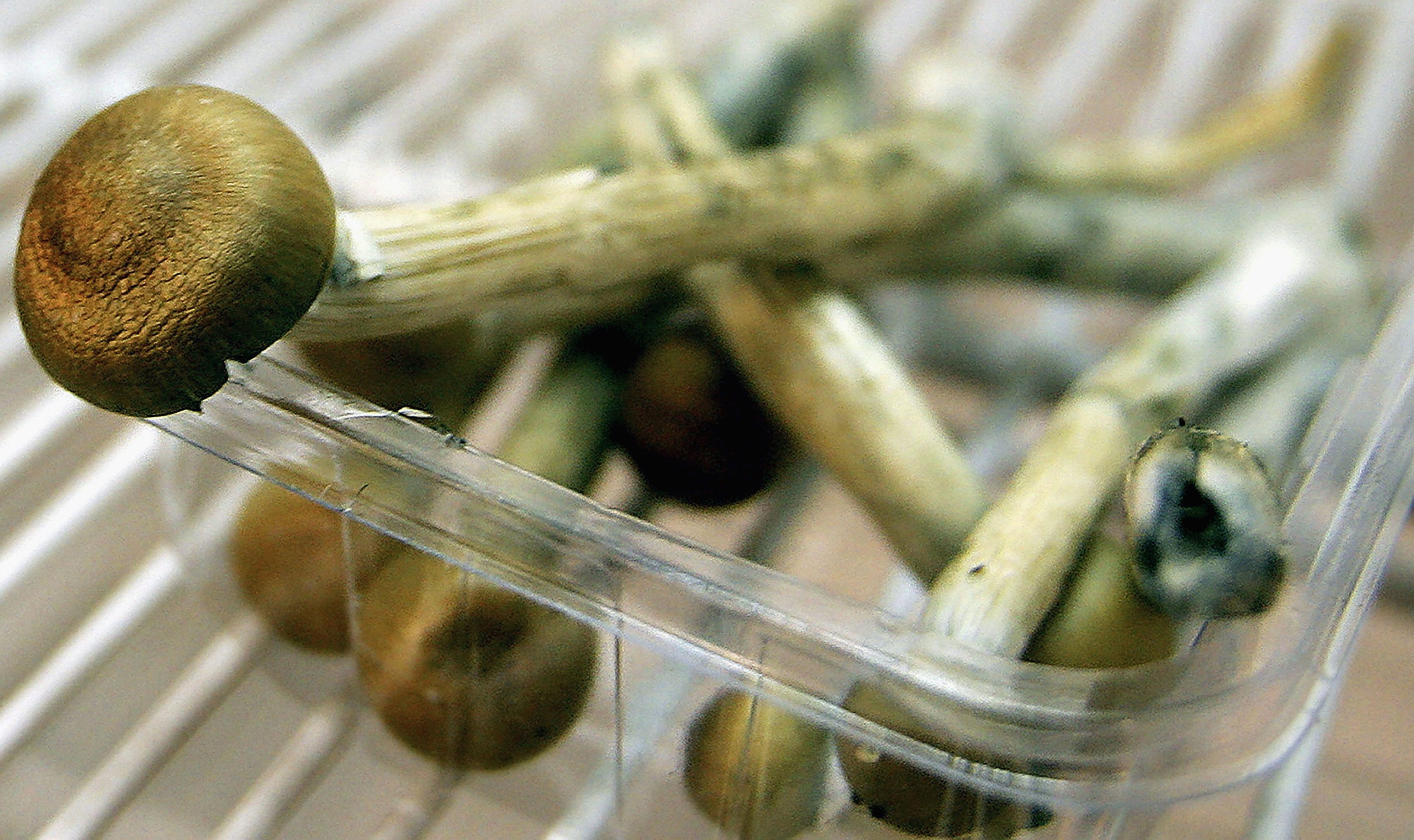 Magic Mushrooms sit in a fridge in London, England. The sale of fresh mushrooms has been prohibited as of today due to the reclassification of the drug to Class A. (Photo by Daniel Berehulak/Getty Images)

Johnson previously studied the effects of psilocybin on tobacco addiction in 2014, finding that patients who used psychedelic mushrooms to treat their addiction had substantially higher abstinence rates after six months than those that did not. In that study, subjects would participate in six to seven hour sessions in which they would take the psychedelic drug, relax and listen to music.

This latest grant marks the first time in over 50 years the NIH has funded research into psychedelics, according to Johns Hopkins Medicine.

The study is a double-blind randomized trial in which subjects receive psilocybin and participate in therapy to help break addictive thought and behavior patterns. Johns Hopkins Medicine and the two universities will each conduct the study simultaneously in order to diversify the pool of subjects.